The Endangered Antipodes Island Wandering Albatross will be functionally extinct (meaning that mating pair numbers will be so low there is no chance of their species survival) in the next 20 years if the population continues to decline. This rare bird breeds almost exclusively on the remote, subantarctic Antipodes Island in New Zealand, and in the last 13 years the population has experienced massive declines due to high mortality of females and reduced breeding success. If the current rate of decline continues, fewer than 500 pairs will remain within 20 years, but thanks to recent conservation efforts there is hope for these rare birds. 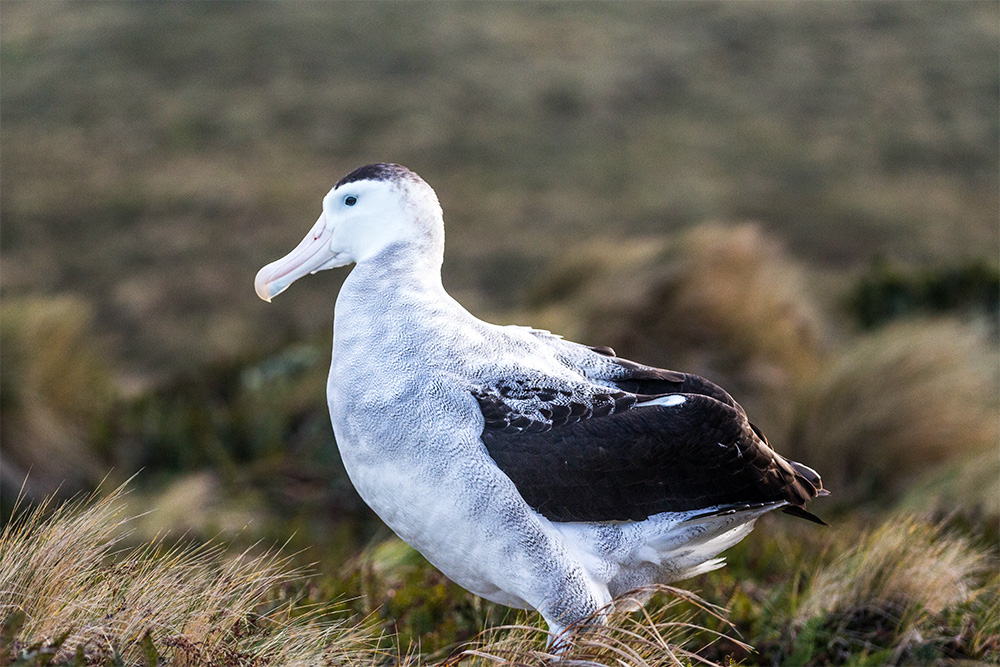 In 1994-96, there were 5,180 pairs breeding each year on Antipodes Island. By 2015-17, there were only an estimated 2,900 pairs breeding there each year. More research is underway to better understand the situation. If nothing changes, at their current rate of decline, their future is very grim.

The decline in numbers coincides with an alteration in normal foraging behavior. Females have been traveling farther than they previously did—as  far east as Chile. This is leading to more females dying, resulting in a skewed sex ratio in the population with many males unable to find a partner. Eugenie Sage commented:

The main known human cause of adult mortality is bycatch in fisheries. Wandering Albatross are known to be highly susceptible to becoming bycatch, particularly in pelagic longline fisheries such as those targeting tuna. Reduced food, squid, and fish, and alteration in the birds’ foraging locations due to changing ocean temperatures and wind speed may be the cause of reduced breeding success in recent years.

New Zealand is trying to resolve this problem. They are actively working with international organizations such as the Agreement on the Conservation of Albatrosses and Petrels (ACAP) and Regional Fisheries Management Organizations to emphasize the concern for Antipodes Island Wandering Albatross when they leave New Zealand water. The goal is to ensure that fisheries bycatch is being regulated even on the high seas. In New Zealand waters, a National Plan of Action has been established that requires vessels to use bird scaring lines and daytime line-setting to minimize chances of accidentally hooking and drowning seabirds. Sage said:

The rapid collapse of the Antipodes Island wandering albatross population means we need urgent international action to prevent this magnificent species sliding into extinction. Gaining a better understanding of the birds’ diet will help us identify how fishing may be influencing the availability of prey, and could potentially allow for fisheries management to improve the availability of prey species for the Antipodes Island wandering albatross. 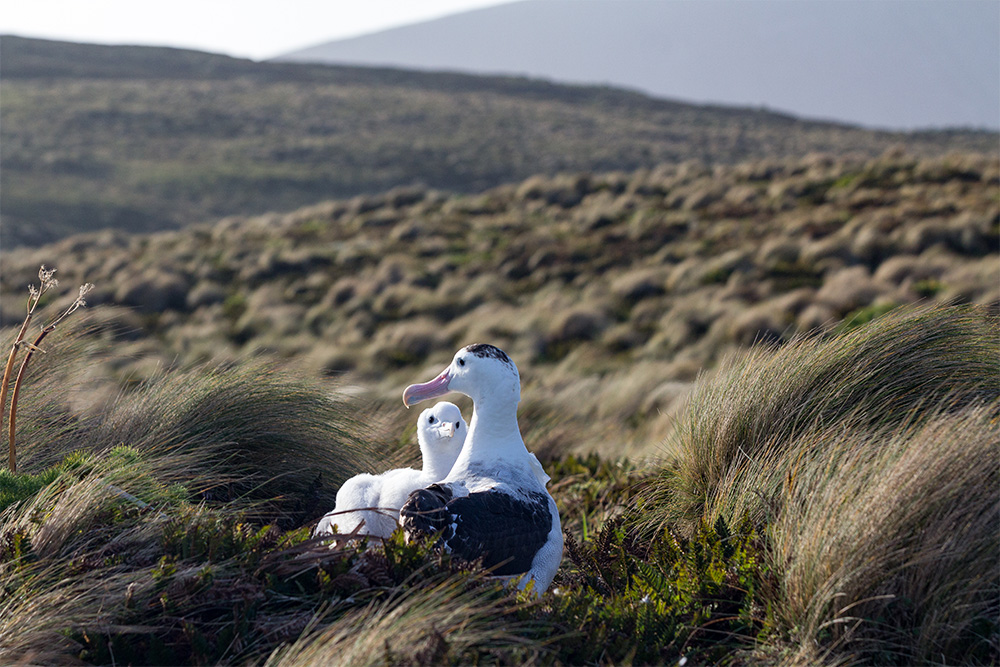 Antipodes Island was once overrun by invasive mice that put all native species, including the Wandering Albatross, at risk of extinction. To ensure the safety of this important bird breeding site, the New Zealand Department of Conservation, WWF-New Zealand, The Morgan Foundation, Heritage Expeditions, the New Zealand public, and Island Conservation partnered up to create the Million Dollar Mouse project. The goal was to remove all invasive mice from Antipodes Island to create a safer, healthier ecosystem that would give the native birds a better chance at surviving. The Million Dollar Mouse initiative was declared a success in early 2018 and the island species have been given a a chance to thrive. This great effort by conservationists ensures an invasive free habitat for the Antipodes Island Wandering Albatross and is a giant step towards saving these birds from extinction.