Mother Nature Network shares the story of Finn the Wonder Dog and his part in restoring the Humboldt Penguin Reserve in Chile.

If Old Yeller were transported to modern times, he might find a job saving wildlife. And his name might be Finn.

But they couldn’t have completed the task without the help of a four-legged, keen-nosed friend, Finn — a yellow Labrador trained to sniff out burrows of the invasive rabbits. 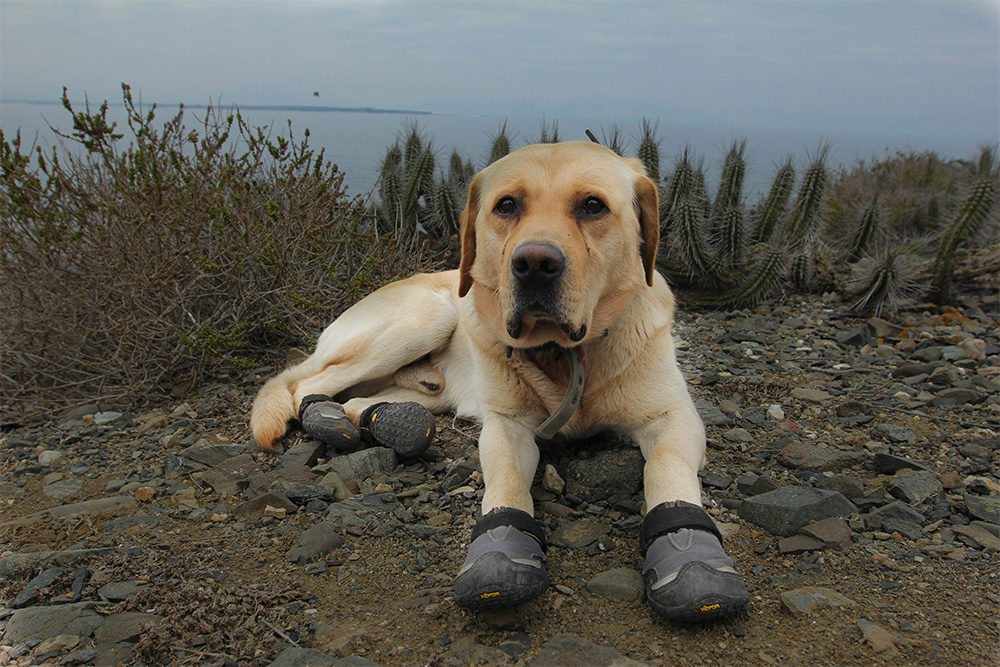 Dogs have become rising stars in the effort to detect invasive species, protect wildlife and assist scientists in their field work. Their amazing ability to sniff out specific scents has become an in-demand tool for researchers alike. In fact, dogs aren’t just BFFs to humans, but to endangered species and habitats as well.

Finn is one such example of how dogs can make a big difference for conservation by speeding up searches or finding targets that would otherwise be impossible for humans to find.

In this case, Finn played a critical role in restoring the habitat of penguins and petrels, sniffing out the island to ensure it was entirely free of rabbits. 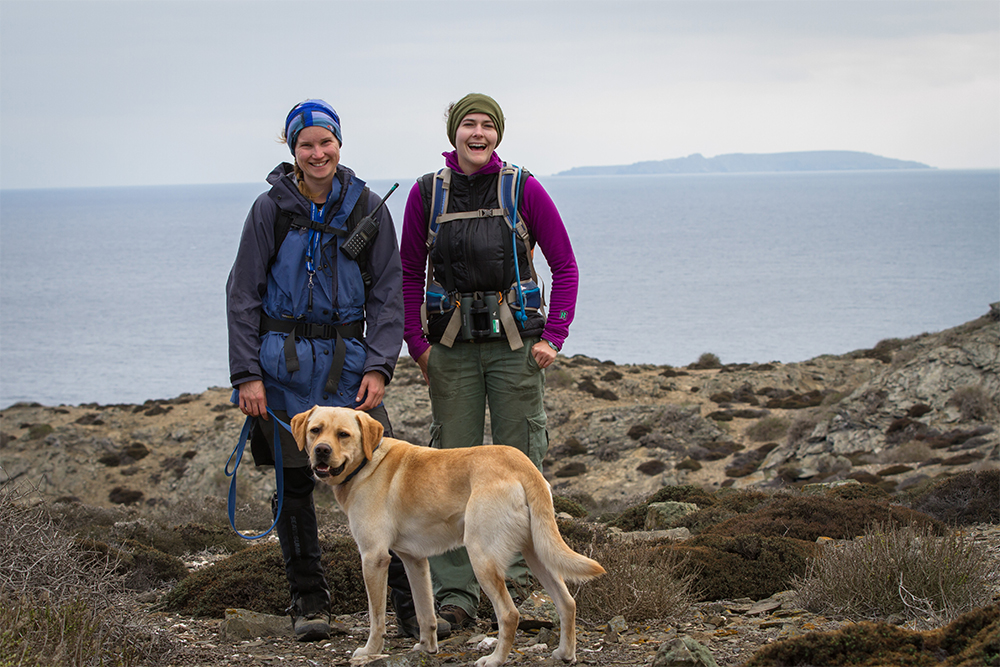 The Humboldt penguin is considered vulnerable to extinction under IUCN’s Red List, and the Peruvian diving petrel is considered endangered.

The islands of Choros, Damas and Chañaral, which make up the Humboldt Penguin National Reserve, bathe in the productive, nutrient-rich waters of the Humboldt Current System. They are home to 80 percent of the world’s Vulnerable Humboldt penguin (Spheniscus humboldti) population and were once home to 100,000 pairs of endangered Peruvian diving-petrel (Pelecanoides garnotii),” states Island Conservation.

The rabbits ate the cacti plants, which provided shade for penguin chicks, and they also took over the burrows petrels use to nest, posing significant threat to the bird species. 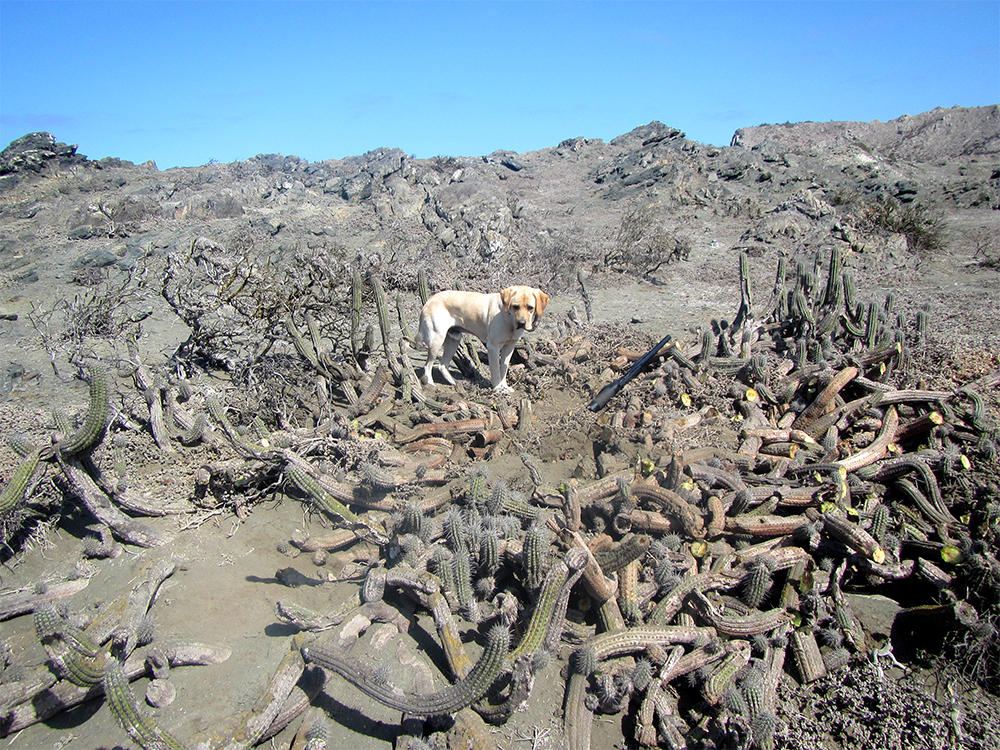 Finn on the hunt for invasive species. Credit: Island Conservation

Thanks to Finn and the dedicated team of people behind the conservation effort, the removal of rabbits from these two islands “marks the first protected area of its kind within the Chilean Protected Areas Network (SNASPE) to be declared free of invasive vertebrate pest species, an achievement that benefits native wildlife and the eco-tourism industry centered around them,” according to Island Conservation.

Since completing the removal, plants have bounced back. Scientists have recorded 16 plants never before identified on the island! Meanwhile, the penguins and petrels have their habitat back.

Island Conservation calls Finn a “Wonder Dog”, and no wonder.

The smelling ability of dogs is an invaluable conservation tool,” states Karen Andrew, who worked alongside Finn. “They are able to determine the presence of a rabbit with one sniff, often from long distances. Without them, we would be on our hands and knees in the tussock relying on our eyes to spot fresh rabbit scrapings or scats. Finn is trained to indicate the presence of a rabbit by scratching at the ground and is then rewarded with his favourite toy, a fun game, and lots of pats.”

Find out more about the risks to the penguins and details of the effort in this great short (and sub-titled!) video: