An expedition to find the Critically Endangered Mascarene Petrel at sea has returned with new information on one of the world’s least-known seabirds. Incredibly they have photographed a female bird where the egg is an obvious protrusion in the contour of her underbody.

This is thought to be the first record of any bird photographed in flight with an obvious egg inside the body. The sighting has given new insight into the timing of the breeding season of the species which will help with future searches for its breeding grounds on Réunion Island, the only known place for the species in the world.
The search for the elusive petrel is described in a paper in the latest Bulletin of the British Ornithologists’ Club. Thirty-three Mascarene Petrels were observed, and 12 of them photographed. The species’ flight, behaviour and detailed comparison to other species are also described for the first time. Author Hadoram Shirihai said:

Against the background of a pinkish-orange sunset, with Réunion Island in the distance, I spotted a petrel through my camera’s viewfinder. Almost immediately I saw the outline of an egg, a huge bump at its belly.  I called out to the other expedition members – ‘she has an egg, she has an egg…’ She flew close to the boat which gave me the unique chance to photograph her just before the sun set. It was a magical moment, and to think that in less than an hour she would probably lay her egg and contribute to the future survival of this threatened species.

These are first photos of Mascarene Petrel taken at sea. Up until now the only shots are of grounded birds, brought down due to artificial lighting on Réunion, the breeding island.

Author Vincent Bretagnolle commented:
With some estimates of only a few dozen breeding pairs of Mascarene Petrel our at-sea records suggest there are more individuals than previously thought, and that unknown colonies somewhere on the island have ensured the future of this species, at least for now. Roger Safford from BirdLife International said:

This exciting discovery provides important information on a very poorly known and globally threatened seabird. The finders are to be congratulated on their dedication. Their discovery was no accident, combining meticulous planning and research. 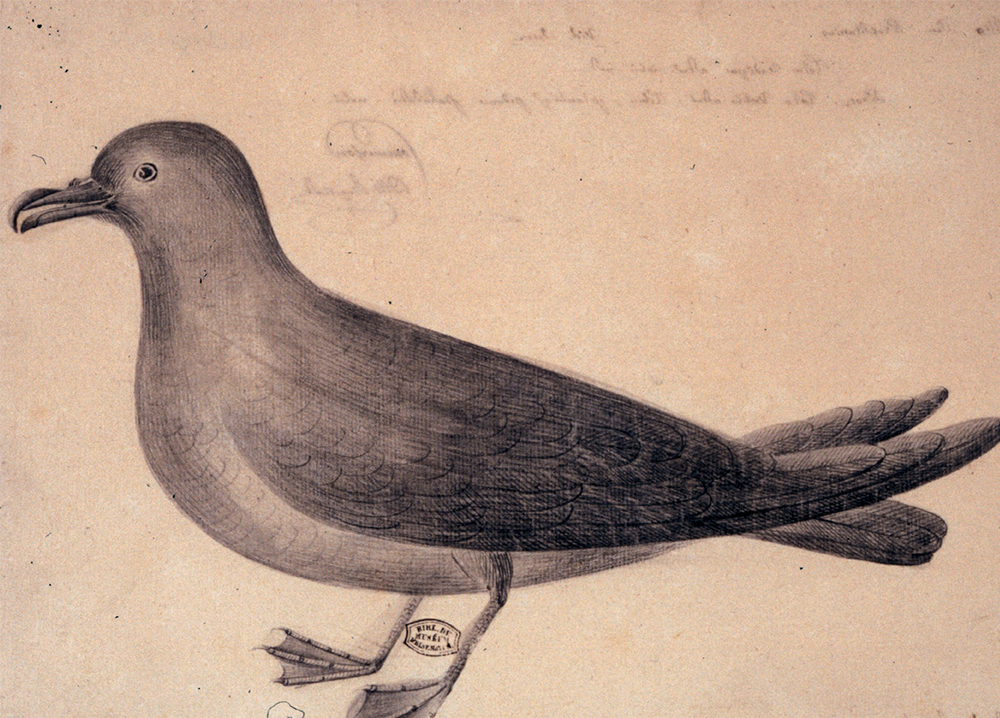 Mascarene Petrel is classified as Critically Endangered by BirdLife International on the IUCN Red List because it is assumed to have an extremely small breeding population and to be undergoing a continuing decline owing to predation and light-induced mortality.

For most Critically Endangered species like Mascarene Petrel there is still hope for their survival,” added Safford, BirdLife’s Preventing Extinctions Programme Manager. “BirdLife and its partners are working to save the world’s most threatened species from extinction. With the right conservation action, often underpinned by sound science, we have improved the populations and fortunes of many species.”

“Mascarene Petrel is set to benefit from direct conservation action on Réunion. The Parc national de La Réunion authorities have been awarded funds from EU LIFE+ this year to reduce threats and undertake conservation actions for the petrel. This will involve working on the ground with local conservation organisations such as SEOR (Société d’Etudes Ornithologiques de La Réunion).”
Featured photo: Réunion Island. Credit: dany13
Originally printed by BirdLife International