The 2018 search for archaeological sites on Antipodes Island reveals the impacts humans have had on the remote island for centuries.

The Antipodes Islands have a significant but sparse archaeological heritage: hard to find in the low but dense vegetation and vulnerable to the regular landslips that continuously slough off the thin overmantle of peaty soil. The 2018 archaeological survey has two main tasks: revisit all known sites and record them in more detail, and search for any other sites that may still exist. The archaeological sites on the islands relate to three main periods: the sealing era (1805 to 1810, with a small number of later visits); the castaway era (the castaway depot from 1886 to 1927, with shipwrecks in 1893 and 1908); and the modern scientific management era (the first scientist to visit was Andreas Reischek in 1888, with major investigations from the 1950s to the present day). Maori voyagers may also have visited, but no archaeological evidence has ever been found. 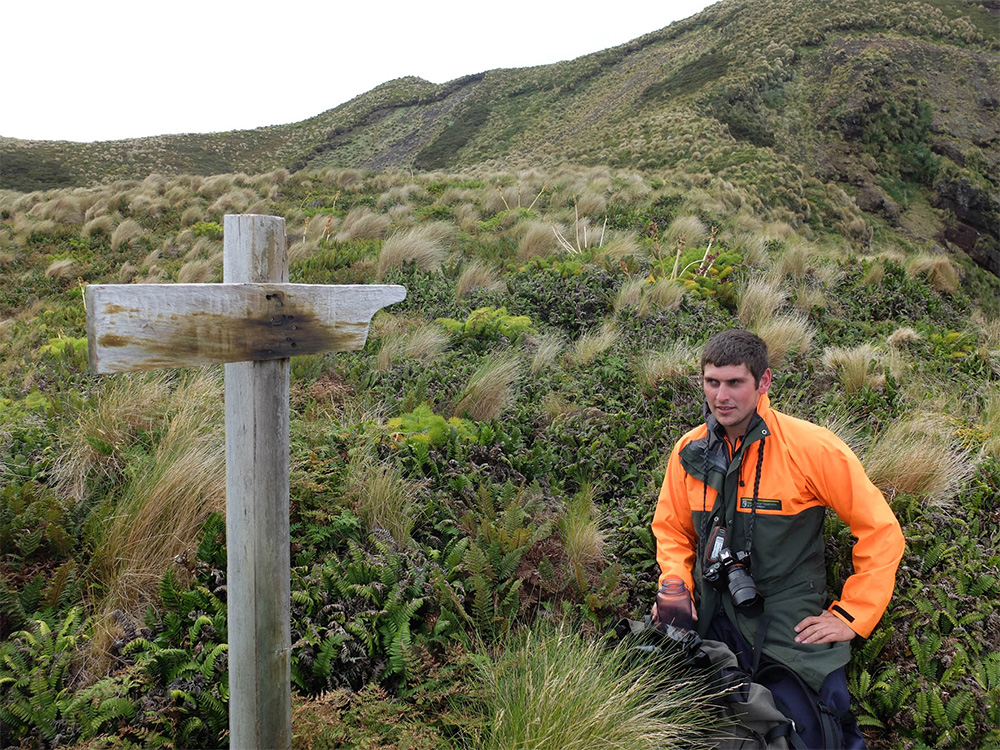 The Alert Bay fingerpost and Fin Cox. The fingerposts were erected by the Marine Department New Zealand Government in 1894 to direct any shipwrecked sailors to the Castaway Depot.

Of the known visitors, least is known about the sealers, as theirs was a secretive industry within which knowledge of any new sealing grounds was closely guarded, and few individuals left personal records. Rowley Taylor (2006) has estimated that there was a maximum of 86 men living ashore from November 1805 to February 1806 (the largest human population the Antipodes have ever known); the question now is where were they living? Two campsites are known: one on the north coast at Hut Cove where the Castaway Depot is located; and one on the south coast which is the most intact sealing site known on the islands (and possibly in all of New Zealand). 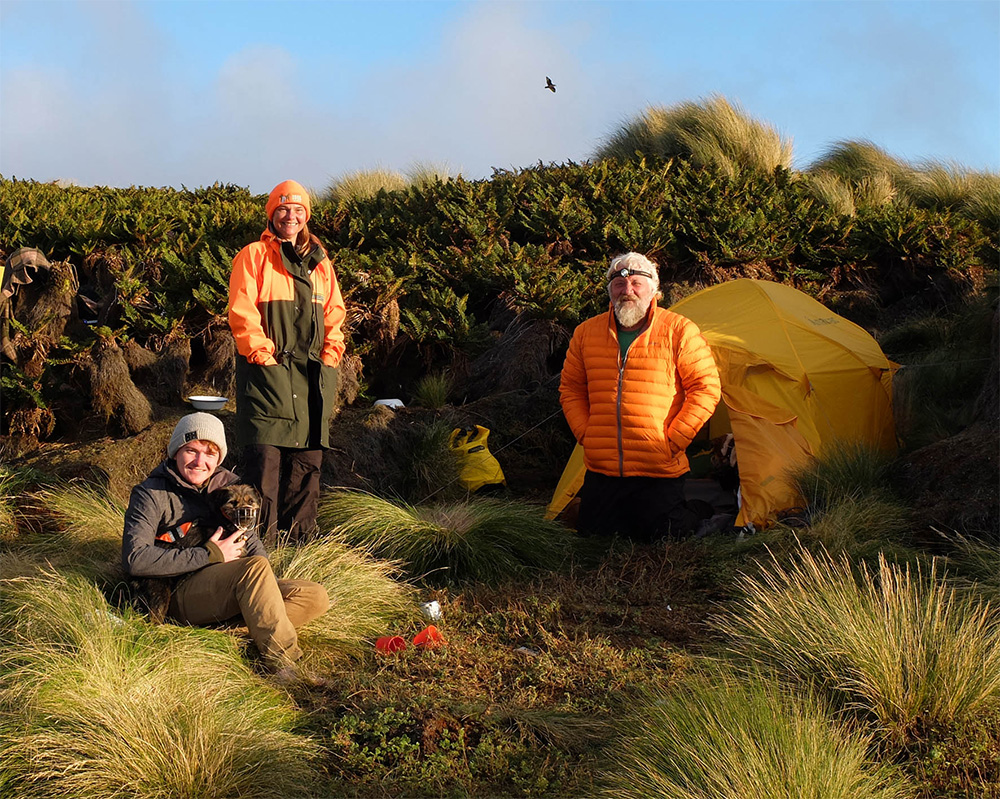 This week Theo (the expedition entomologist) and I walked to the south coast of the island and climbed down the coastal escarpment down to the sealers’ camp. Located in a sheltered spot on the side of a narrow ridge just back from the shoreline, three hut fireplaces are visible amongst the ferns and tussock, but there is space where another four or five huts could easily have stood. The intact fireplaces raise the question of what were the sealers burning to keep warm? There are no trees on the Antipodes, but plenty of peat (some of which is almost a lignite); penguin eggs and seal cooked over a smoky coal fire anyone?

A panoramic view of the south coast, with the Spirit of Dawn castaway cave and the sealers’ camp marked.

The sealers are estimated to have taken 330,000 seals skins from the Antipodes in just five years, but walking around the island today it is evident that while the fur seal populations are on the rise (they now occupy the Spirit of Dawn castaways’ cave: a story for another day) they are nowhere near those levels. Five years of plunder two centuries ago still has repercussions today: there are lessons to be learned here. The natural world can take centuries to recover from human impact, if it ever does.