Uninhabited islands in New Zealand, such as Tiritiri Matangi, are offering wildlife the protection they need to thrive.

Just hop on a 75-minute ferry ride from downtown Auckland, New Zealand and you will end up on an unspoiled island home to 87 different species of birds. Tiritiri Matangi is one of several of New Zealand’s offshore islands that has become a wildlife sanctuary, offering predator-free habitat where threatened native species can have a chance to rebound. This uninhabited island is one of two still open to the public and represents the benefits restoration can have on an ecosystem.

Tiritiri Matangi was established as a wildlife sanctuary in response to the introduction of invasive species to New Zealand. For native birds, this conservation measure came as a welcome relief. Many native New Zealand birds do not fly and therefore cannot easily escape predators that have been introduced by humans. But why would there be birds that can’t fly in the first place? The answer has to do with the way New Zealand was formed. 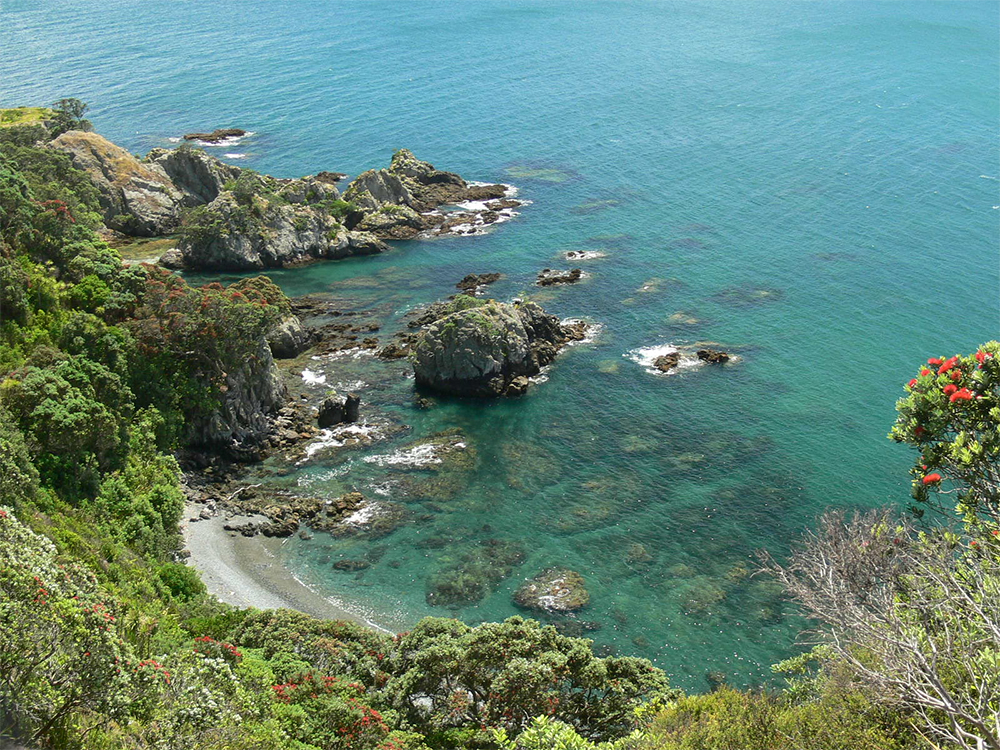 Tiritiri Matangi has become a sanctuary for wildlife. Credit: Peter

Before New Zealand existed the earth was a supercontinent—a formation known as “Gondwanaland.” Eventually this continent was broken apart by tectonic activity, and New Zealand split off before mammals arrived on the scene. Birds had the island to themselves and for millions of years, they evolved in the absence of land predators. Their most significant predators were falcons and Swamp Harriers that would swoop down from the sky to grab them. The birds learned that the best way to avoid being eaten was to sit still against the ground; over time, the birds were flying less in favor of the safer option of scuttling among island vegetation.

This strategy worked well until the Māori arrived along with novel predators. Once invasive rats and feral dogs began to make their homes on the island, the native birds’ tactic of sitting quietly on the ground was not going to work anymore. This wasn’t the full extent of the damage–more was soon to come.

Next came the Europeans, who brought with them cats, ferrets, and stoats, which further altered the ecosystem dynamics. The presence of invasive species brought down native species populations and forced native birds to retreat into remote mountain valleys or offshore islands to avoid predation. Species like the North Island Saddleback took dramatic hits; for this species, the population was reduced to 500, all on Hen Island.

Luckily people began to notice the destruction unfolding and the urgent need for conservation measures. Thomas Potts, a naturalist from Dunedin, proposed initiating island sanctuaries for at risk species in the 1870s. The first permanent refuge was set up in 1895 on Little Barrier Island. This island is now home to the Little Spotted Kiwi, the Red Crowned Parakeet, the Fantail, the Stitchbird and many more native New Zealand Birds. 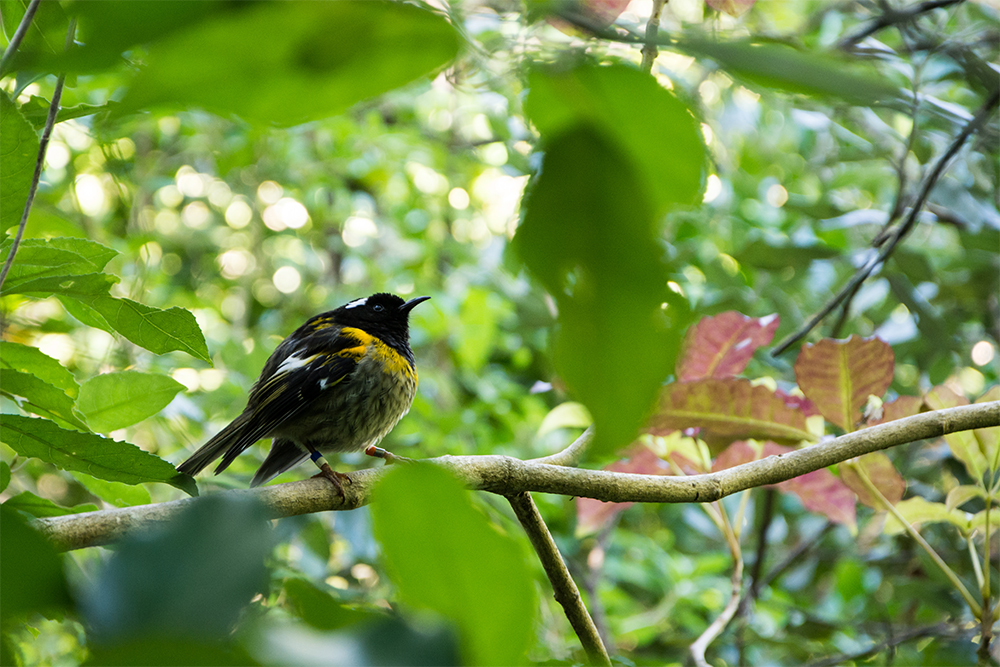 Tiritiri Matangi has come a long way in just 30 years. It was once barren; it had been a farm so most of the natural vegetation had been removed and replaced. From 1984-94 thousands of volunteers planted 283,000 trees on the island. The re-vegetation was very successful; native flora such as Red-flowering Pohutukawas and Flax plants now cover the island.

The next conservation intervention was the eradication of the invasive Polynesian Rat in 1993 from Tiritiri Matangi. the invasive rodent was destroying seedlings and competing with native birds for food. Today, New Zealand has proposed Predator Free 2050, an ambitious conservation project: with a first goal of eradicating all of the island nation’s nature reserves of invasive predators by 2025. Tiritiri Matangi already has a head start since it is largely free of invasive species.

The results from turning offshore uninhabited islands in New Zealand into wildlife sanctuaries have been extraordinary. Tiritiri Matangi Island has turned into one of the few unspoiled wildlife sanctuaries where native birds can recover. Birds such as the Takahē, a bird so rare it was thought to be extinct, can today be seen strutting around on the island. This is a sign of hope that threatened species can recover if given the proper protection, and highlights the importance of invasive-free island ecosystems for extinction prevention efforts.