When you’re a conservationist stationed on an island to carry out a restoration project, technology is your best friend. In fact, it’s even more than that. Availability of conservation tools can decide whether or not a project can be implemented and completed at all.

Aiding us in our mission to restore the ecosystem on Chañaral Island, Chile are a number of important technologies. Two in particular have been crucial for carrying out operations: a very old technology tracking with a canine, and a very new technology—collecting digital data with the Archer 2 and ESRI’s ArcPad software, a handheld computer/GPS unit. Our team combined traditional canine tracking with novel data collection methods to conduct a huge conservation project on Chañaral Island; without these technologies, we would not have been able to restore Chañaral’s ecosystem and protect its native wildlife. 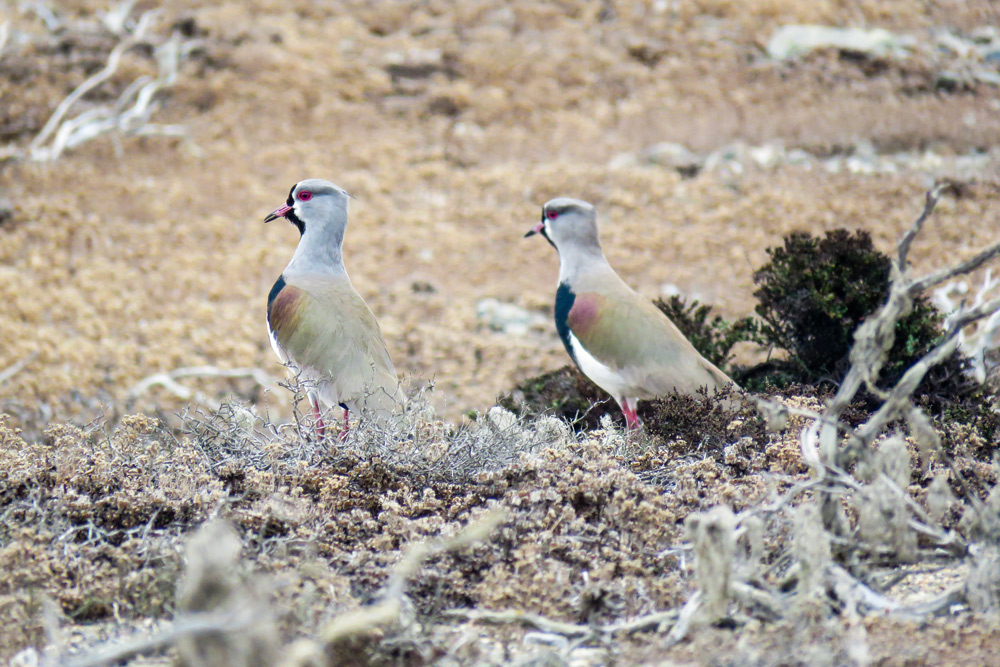 The Archer 2 is a ruggedized handheld computer with built in GPS made by Juniper Systems. Using ESRI’s ArcPad software, it records geospatial data and compiles it in an organized layout that is easy to interpret. We take the Archer 2 with us every time we go into the field. The Archer keeps track of our mileage, where we work, and important features in the field. It shows us where we are on the island and records how and where we move. It also includes markers for important tools in the field, such as motion-sensor cameras. The utility and the beauty of the Archer system is that it allows us to streamline information.

The Archers also offer daily updates on how the project is progressing. Throughout the day each field staff individually adds data into ArcPad on their Archer 2. When we convene at the end of the day, the Archers will sync with an ArcGIS desktop geodatabase and synthesize our collective data. This is an incredibly valuable feature—for one person to manually consolidate this data would be a nightmare.  I can’t imagine having to enter that data on my own–with a team of people it’s really too much. Plus, the automatic data integration allows us to be consistent and tuned in to one another’s activities. Each morning when we first set out into the field, we all have the same data loaded into our devices—we are all on the same page and have shared knowledge of our collective fieldwork findings so far. 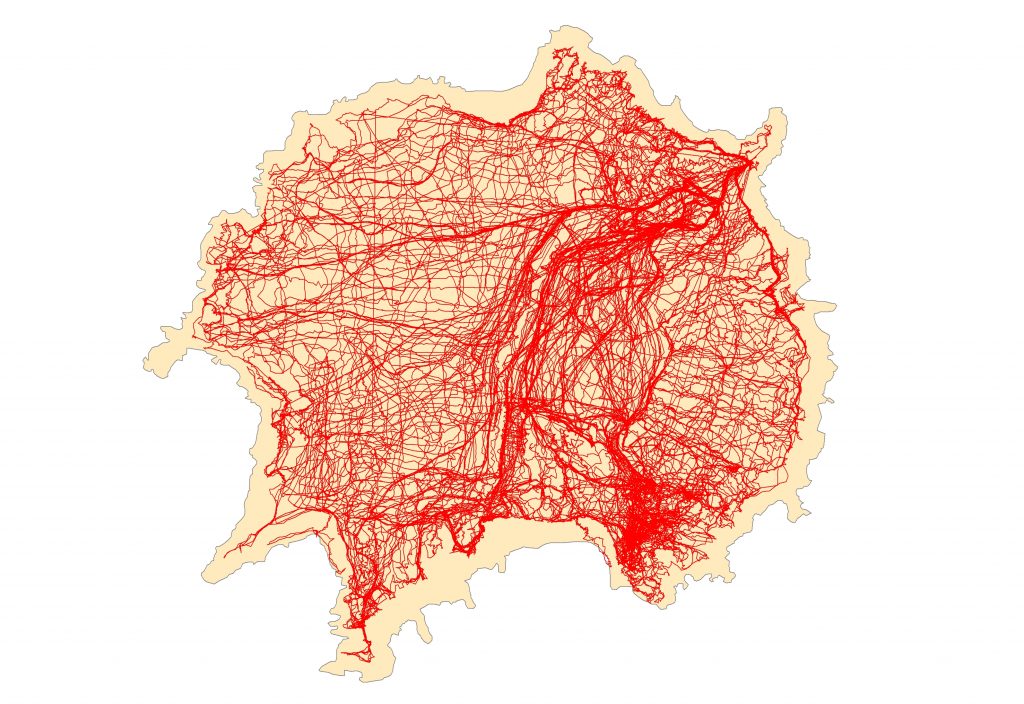 Using the Archers helps us do a much better job in the field—it updates information frequently, helping us to plan strategically and make swift changes of plans as needed. Being able to perceive changes in the field quickly and easily is essential for optimizing our time and efforts.

From a team management standpoint, the Archer 2 coupled with ArcPad and ArcGIS is an incredibly important and valuable tool. Before we started using this system, field staff used pencil and paper, which inevitably lead to difficulties interpreting handwriting and also created opportunities for gaps in data recording. ArcPad assembles data in a digital format, so it is very neat and easy to interpret. Plus, it will not permit field staff to move forward without inputting required data points. And importantly, the Archer 2 is very rugged—it can survive the often rough conditions of the field and is far less vulnerable to the elements than pencil and paper. Thus, the Archer 2 effectively replaces the field notebook, offering a far more organized, reliable, and effective way to collect data. 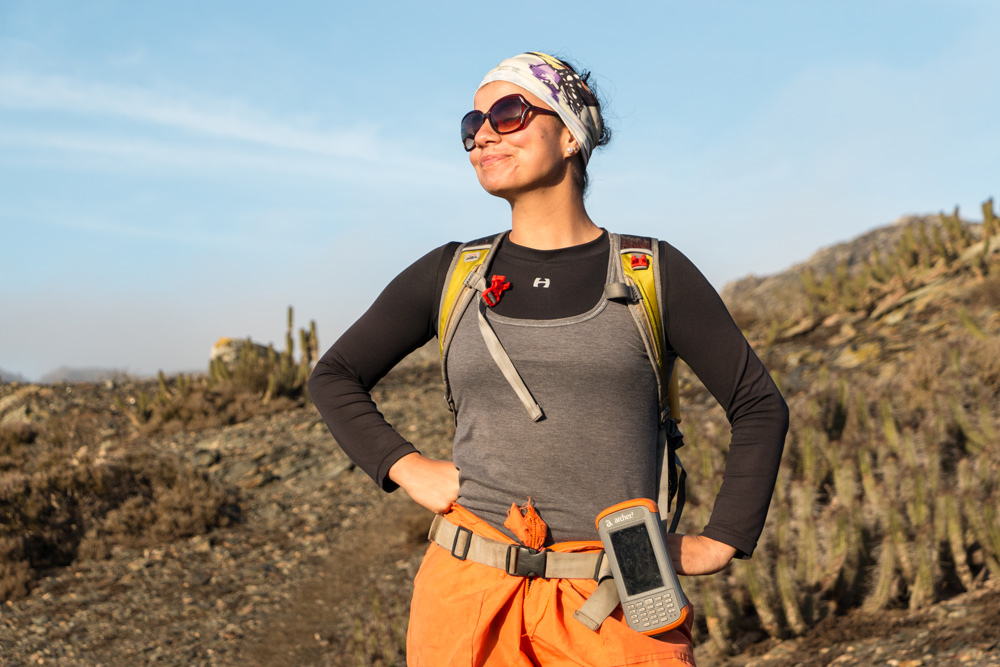 There is another benefit to using the Archer 2 that may surprise you. Because the device records everybody’s mileage, it can be used as a motivational tool. It’s a real gem in that it offers the possibility of saying, “Hey team, guess how many kilometers we walked this week?” And then everyone guesses. It’s very gratifying to see at the end of the day what has been achieved. Numbers are easy for people to grasp and tracking these numbers makes us feel proud and helps us recognize that we are really doing a good job.  You can even get a bit of healthy rivalry going between individuals or groups or teams, which can make being in the field more fun.

New technology is changing the way we conduct fieldwork and expanding the parameters of what we can achieve. While the Archer 2 may replace the field notebook, (Ciao libreta!) there are still older technologies that we make use of in the field.

It is believed that the relationship between dog and man began 15,000 years ago when domestication began. Since then, dogs have assisted humans in tracking and hunting, and the human-canine relationship has branched out from there. We are lucky enough to have Finn, a Labrador, on our conservation team, assisting us in protecting native island wildlife. 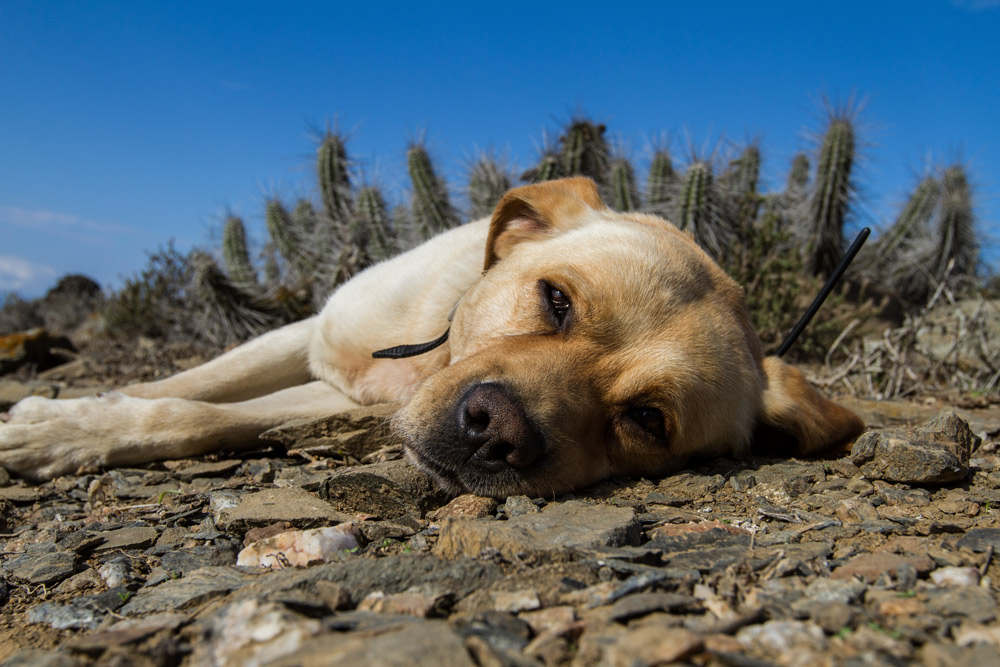 From humble beginnings as a puppy in a shelter to adventurous days in the field supporting conservation, Finn has had quite the incredible journey. Credit: Tommy Hall/Island Conservation

Finn was rescued from a shelter when he was a puppy. The individual who saved him noticed his very high energy and eager-to-please demeanor, favorable traits for intensive training. Finn was trained to work with people outdoors in the field of conservation. He was trained using various techniques, including positive reinforcement—that means that he is rewarded with play, affection, and treats when he displays the behaviors requested by the trainer.

Finn’s natural abilities and extensive training background make him an incredible asset in the field. He is a very intelligent animal and has a strong drive to work with us on the island. He is great at moving through the environment and parsing out what is an invasive species and what is not—he has been trained to ignore native species, which is very important as we do not want to disturb them. 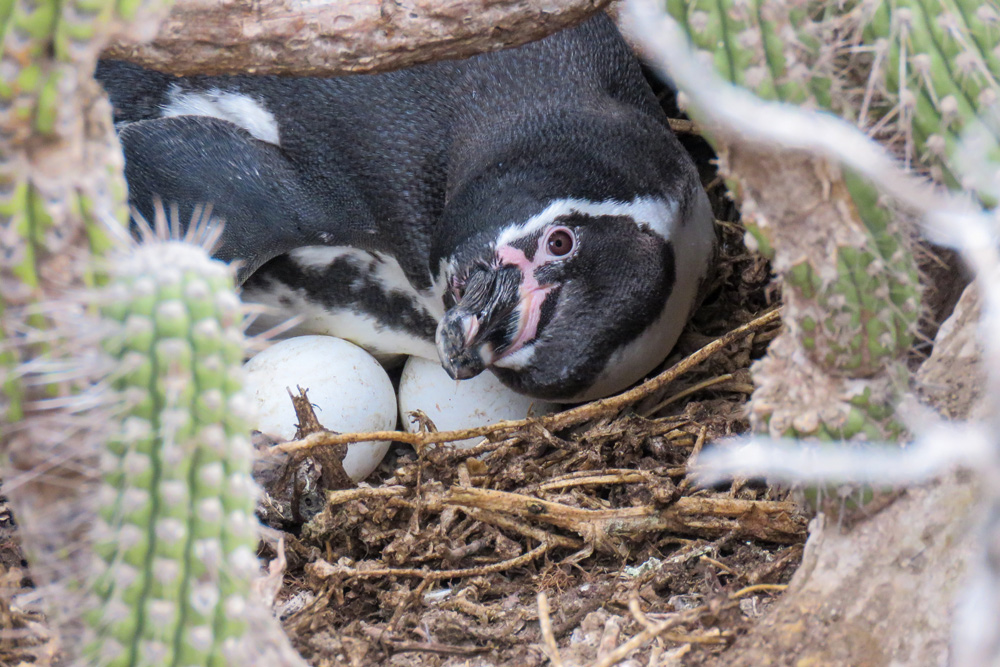 Finn has a tool that none of us has—a very sensitive nose—one that can follow a scent trail. People rely on sight to detect invasive species, and often this sense is simply not enough. Finn, however, is able to perceive a whole “scent-scape.” He can find a scent trail that is invisible to everyone else, and lead us down that trail to find invasive species. Finn can lead us to the last invasive individual on an island. The last one is the most difficult to find because it’s the needle in the haystack. Finn’s nose leads us right to the needle. He helps make the most of our time and bring about the changes that we want to see on the island. 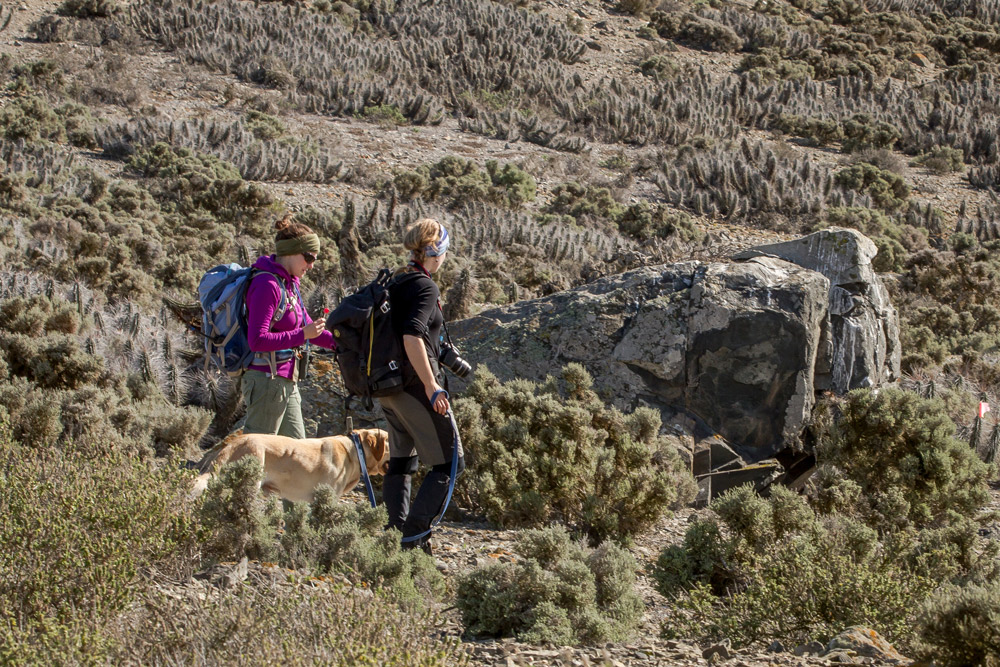 Not only is Finn great as a tracker in the field, but he is also a part of the local community on Robinson Crusoe Island, Chile, where he now lives. As a vaccinated and well-trained dog, Finn is a symbol of responsible pet ownership on an island where pets can be a serious threat to native wildlife if not under the care of a veterinarian, vaccinated, and well-trained.

Dogs have been helping humans track animals for millennia, but they have only recently begun to aid us in conservation efforts. We are excited to work with Finn to restore island ecosystems, strengthening the interspecies bond while we make strides in conservation.

Working in the field to restore island ecosystems is extremely rewarding, but it presents a host of challenges. We embrace a variety of technologies that support us in navigating the physical terrain of the island and the challenges built into our work. Technologies old and new define our conservation work, and ultimately, they make it possible for us to protect the native wildlife of Chañaral Island. 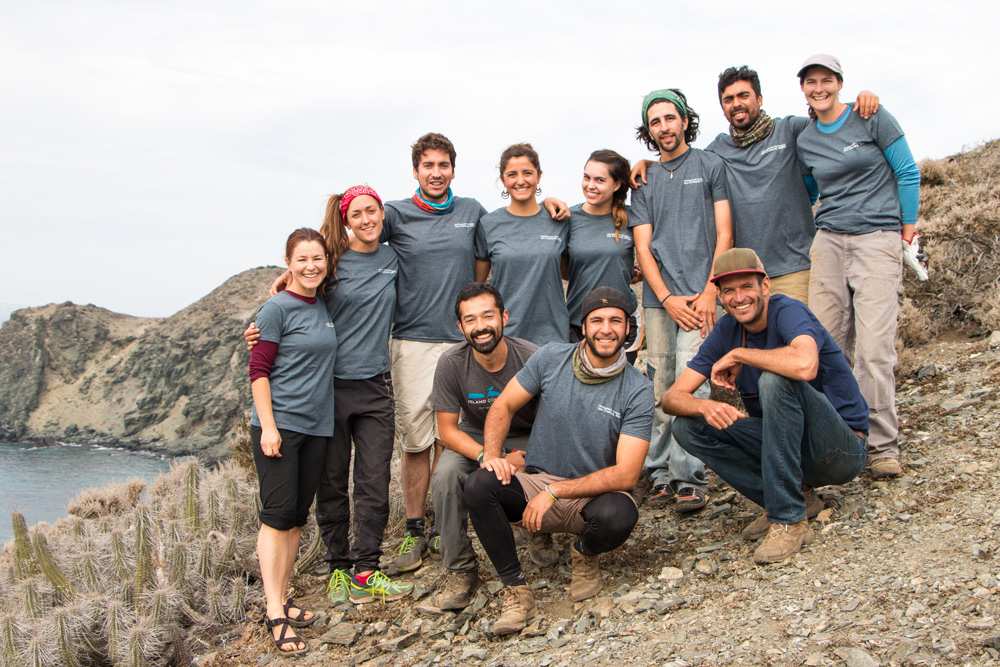 The Chañaral team, made up of staff from CONAF and Island Conservation. Credit: Diego Tabilo 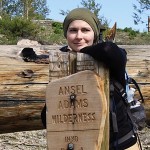