Predator-free islands were thought to be the saving grace for the Critically Endangered Australian Swift Parrot, but research finds that mainland efforts are also necessary.

Sometimes conservation projects have clear trajectories and the answer to protecting a species is relatively straightforward, but more often than not there are a few surprises along the way. This is true for Australia’s Critically Endangered Swift Parrot, which is found throughout Tasmania and on predator-free islands. Conservationists believed that these predator-free sanctuaries were the solution to saving the species, but new research shows that the birds are nomadic and therefore isolation does not guarantee protection.

Researchers had believed Swift Parrots to be isolated populations, with some living on mainland Tasmania and other populations living on these predator-free islands. However, a new study through the Australian National University Fenner School of Environment and Society found that populations of Bruny and Maria Islands are not genetically isolated from mainland populations. There is only one population of Swift Parrots and it is spread throughout the mainland and off-shore islands. This highlights a need for increased conservation. 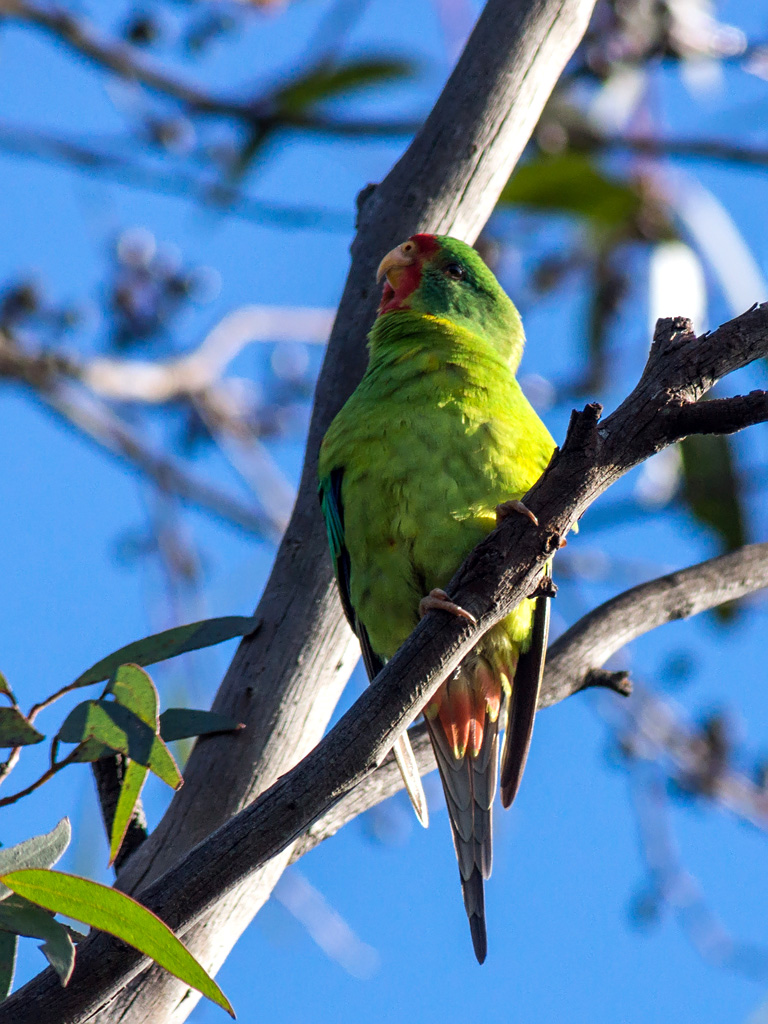 Swift Parrots are particularly vulnerable to predation by introduced Sugar Gliders and other invasive species. Conservationists had previously believed that predator-free islands could save the species, but since the parrots are now known to move freely between mainland and islands, this is revealed to not be a permanent or effective solution. Dr. Dejan Stojanovic from the Fenner School of Environment and Society explained:

This new genetic evidence shows that islands don’t support a genetically distinct subpopulation of swift parrots. Birds that nest on islands in one year may move to the Tasmanian mainland the next year, putting them at risk of being eaten by sugar gliders.

Understanding the complex life history of Swift Parrots is vital to their conservation, but dedication to protecting the species offers hope that with increased efforts on predator removal and conservation, we could stave off their extinction.