Animal Keeper Erica Royer and Senior Curator Paul Marinari share what it is like to help repatriate two female Guam Rails, hatched at Smithsonian Conservation Biology Institute, to the Commonwealth of the Northern Mariana Islands.

How did you feel about releasing the Guam rails you have cared for into the wild?

Royer: Animal keepers have an amazing opportunity to work with endangered species from around the world. Rarely, though, do we get to see them in the wild or be a part of returning them to the wild. Last fall, I was fortunate to have the opportunity to repatriate Guam rails that I cared for when I first started working at the Smithsonian Conservation Biology Institute. It was very special to see my job come full circle!

That is what makes working at SCBI so rewarding. We study and breed these birds, but our job doesn’t end once a chick hatches. We are always looking beyond, planning ahead to how our chicks can help bolster wild populations. These birds are endemic only to Guam but cannot yet be reintroduced there because the brown tree snake is still a threat. But, many different organizations are working together to manage issues caused by these invasive species and help brainstorm solutions to protect native habitats.

Since 1989, Guam rails have been released on the island of Rota; however, they did not exist on the island before the introductions of birds bred under human care. The animals have a better chance of surviving if people are invested in their future, so we work closely with local communities. Children from local schools participated in the repatriation ceremony, and several of them helped release the birds. Making that connection is really important; we hope people on the island feel a sense of pride in protecting these birds as well. 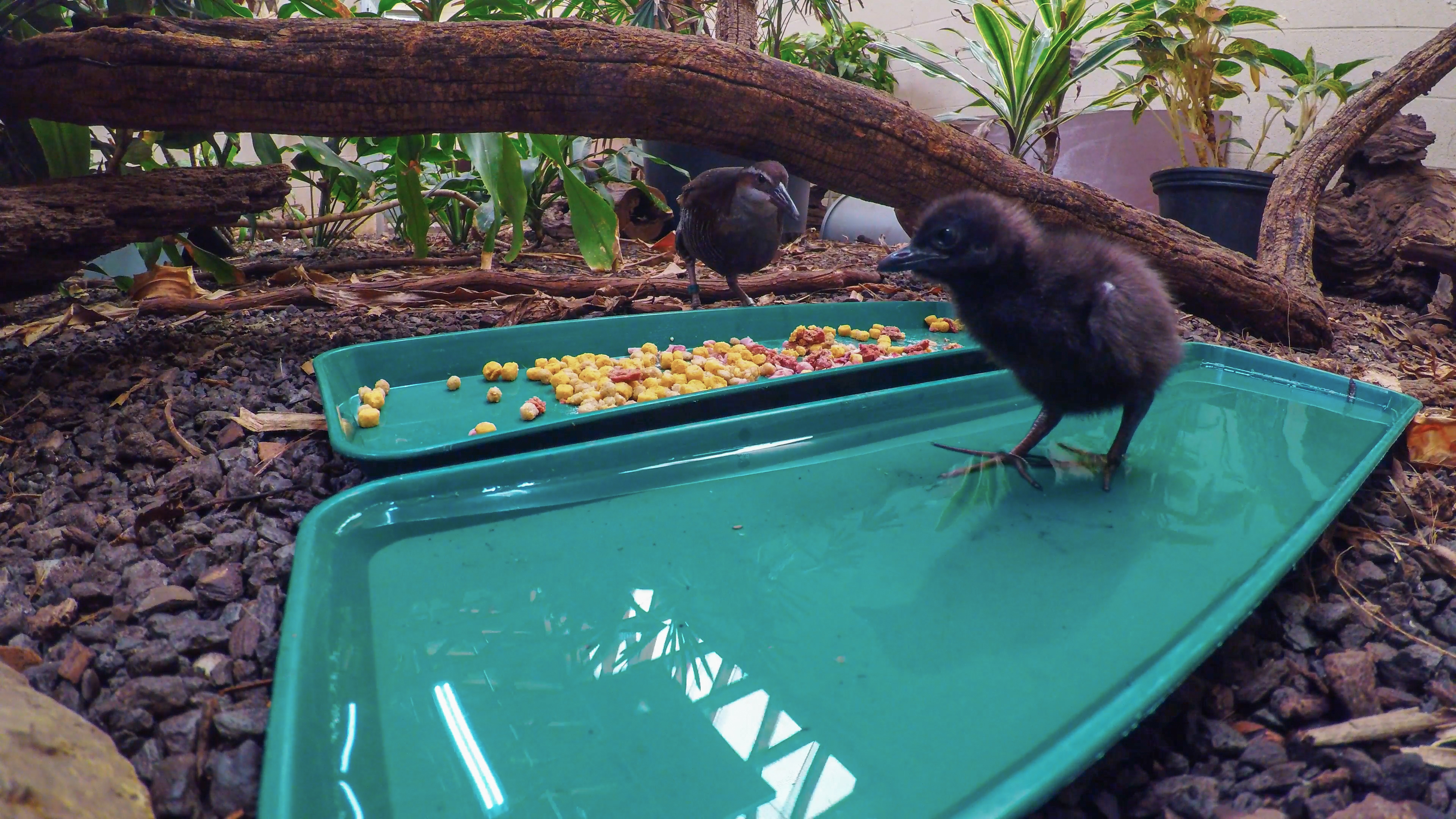 How do you prepare the Guam rails for life in the wild?

Marinari: First, we have to breed them! We received a recommendation from the Association of Zoos and Aquariums’ Species Survival Plan to breed our four adult birds—two males and two females. These birds can produce chicks year-round, and have already produced 5 offspring since being paired this past summer. All chicks are slated to travel to Guam in the spring for release on Rota.

Royer: While many of the species at SCBI interact with their keepers through our enrichment or husbandry training programs, we are hands-off with the Guam rails. We want these birds to be wary of humans so that they do not approach people once they are released. Chicks-rearing is left to the parents, unless a situation arises where we need to intervene (i.e. illness). The majority of their diet is served to them in a pan; it is a mix of frozen-thawed items and a pellet commercial diet. For the chicks that are slated to be released, we offer them live mice to help them learn to hunt prey.

At SCBI, the Guam rails’ enclosures are indoors and temperature controlled. Once they arrive in the Mariana Islands, they stay in outdoor facilities that help them acclimate to the elements—the temperature and the humidity, rain and other types of weather they will experience once released in the wild. 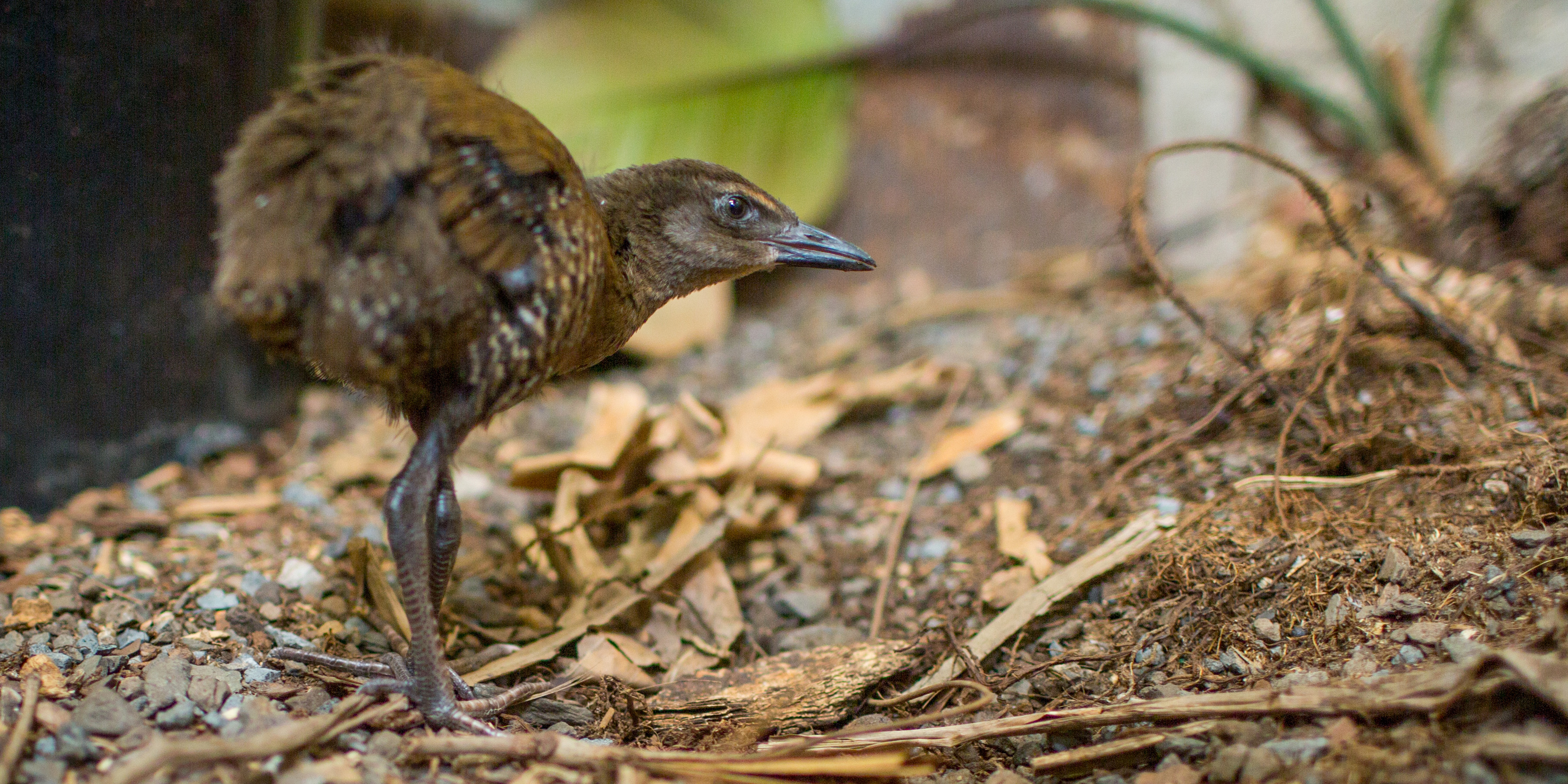 How do you determine when birds are ‘ready’ for release?

Royer: We don’t look for any particular traits but, in general, the younger an animal is, the more likely it will be successful at acclimating to life in the wild. The shipment process can be stressful, so we want them to be mature enough to fare well. Chicks are fully grown and sexually mature between 4 and 6 months of age, so we like to send them to the Mariana Islands at that time. Prior to that, they are a little more skittish and less confident. 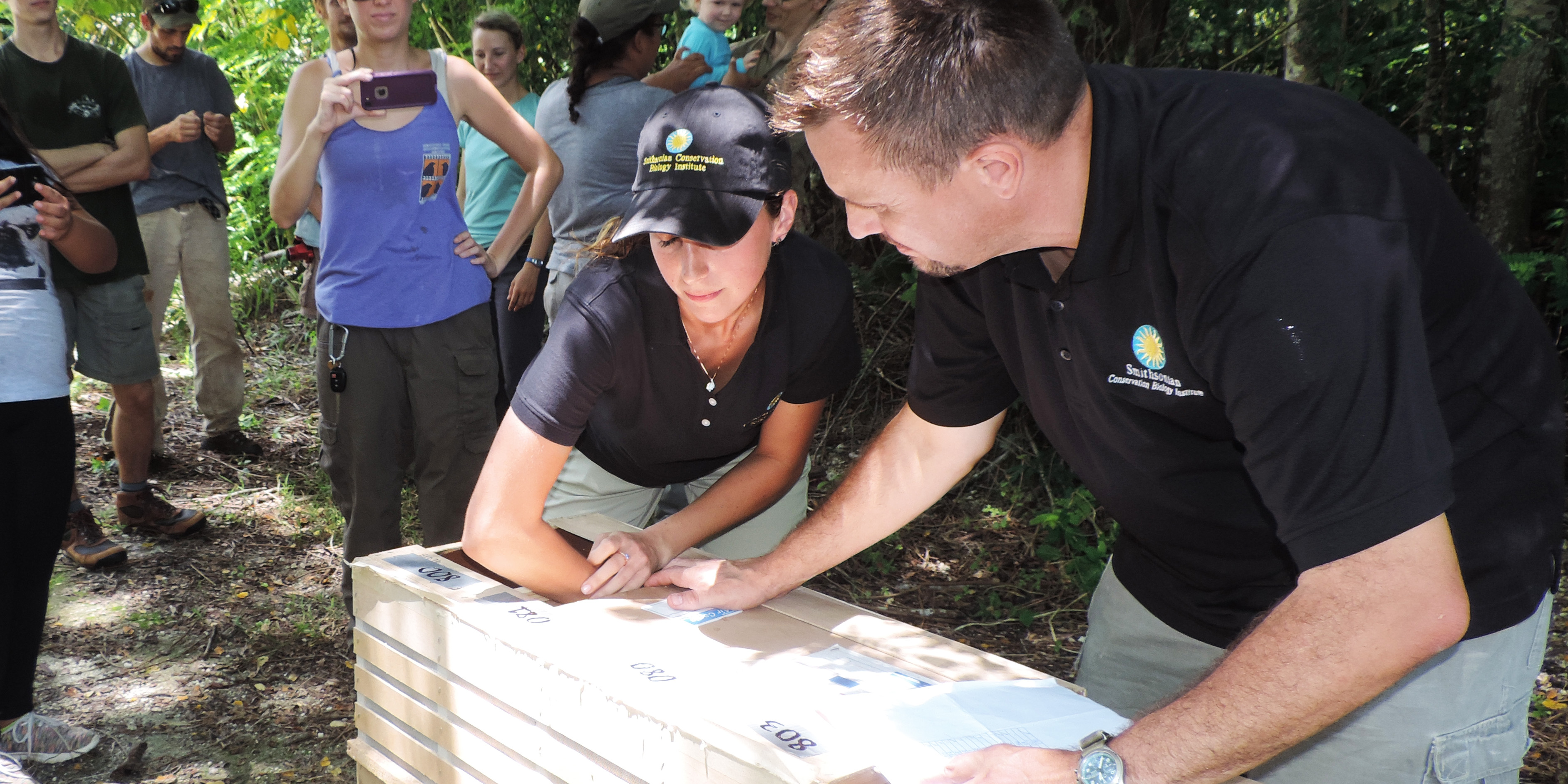 What makes you optimistic about the future of Guam rails?

Marinari: We have been studying Guam rails for decades and have made a long-term commitment to their conservation, so it is encouraging to have the opportunity to release them into the wild. SCBI has always been dedicated to pacific bird conservation, but now that we are increasing our work in the field, we can have an even greater impact on their future. Our colleagues at the Guam Department of Agriculture Division of Aquatic and Wildlife Resources travel to Rota to conduct surveys, release birds and manage invasive species. We work with them to ensure this data is shared with all of the groups that are working to breed and save this species.

Royer: Once a pair of Guam rails breeds successfully, they tend to produce a lot of chicks in a short amount of time. Our colleagues on Rota have done population studies and observed that when larger groups of birds are released on the island, the more likely they are to survive. Each bird that is released has a band around its leg that helps researchers identify the bird. Now, they are seeing unbanded birds, which means that they are thriving and producing chicks!