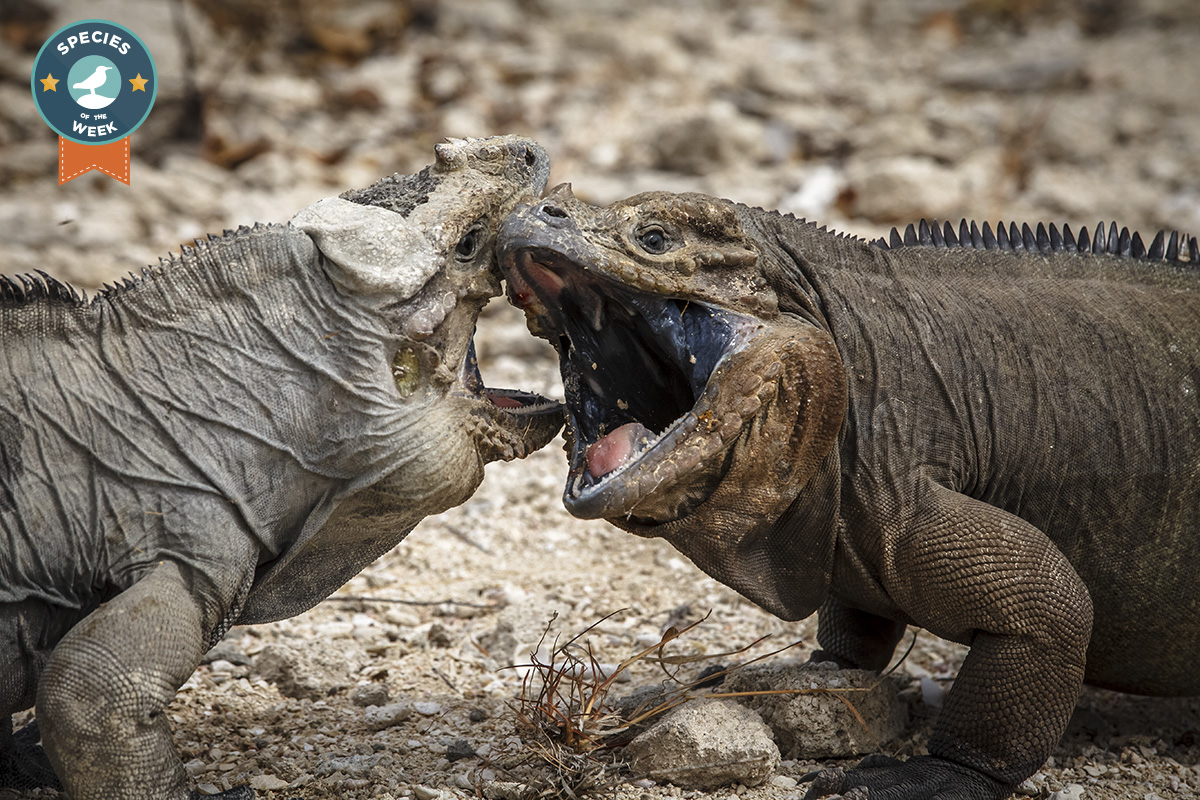 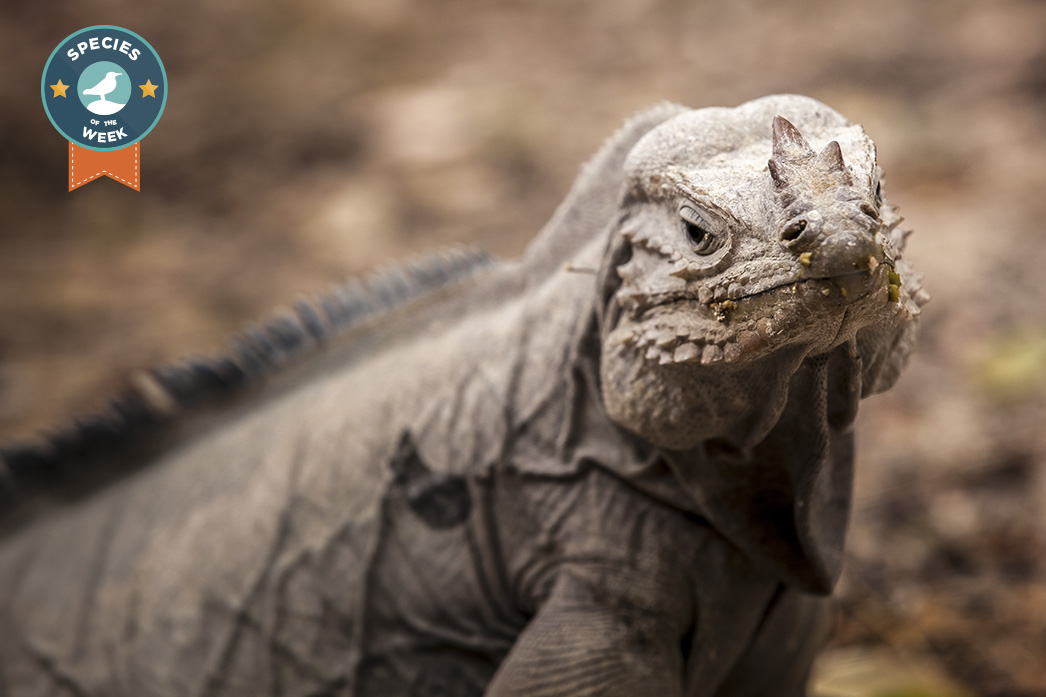 The Rhinoceros Iguana, named for horn-like scales on the snout, will intimidate competitors for mates and territory by moving its head and neck to appear larger. 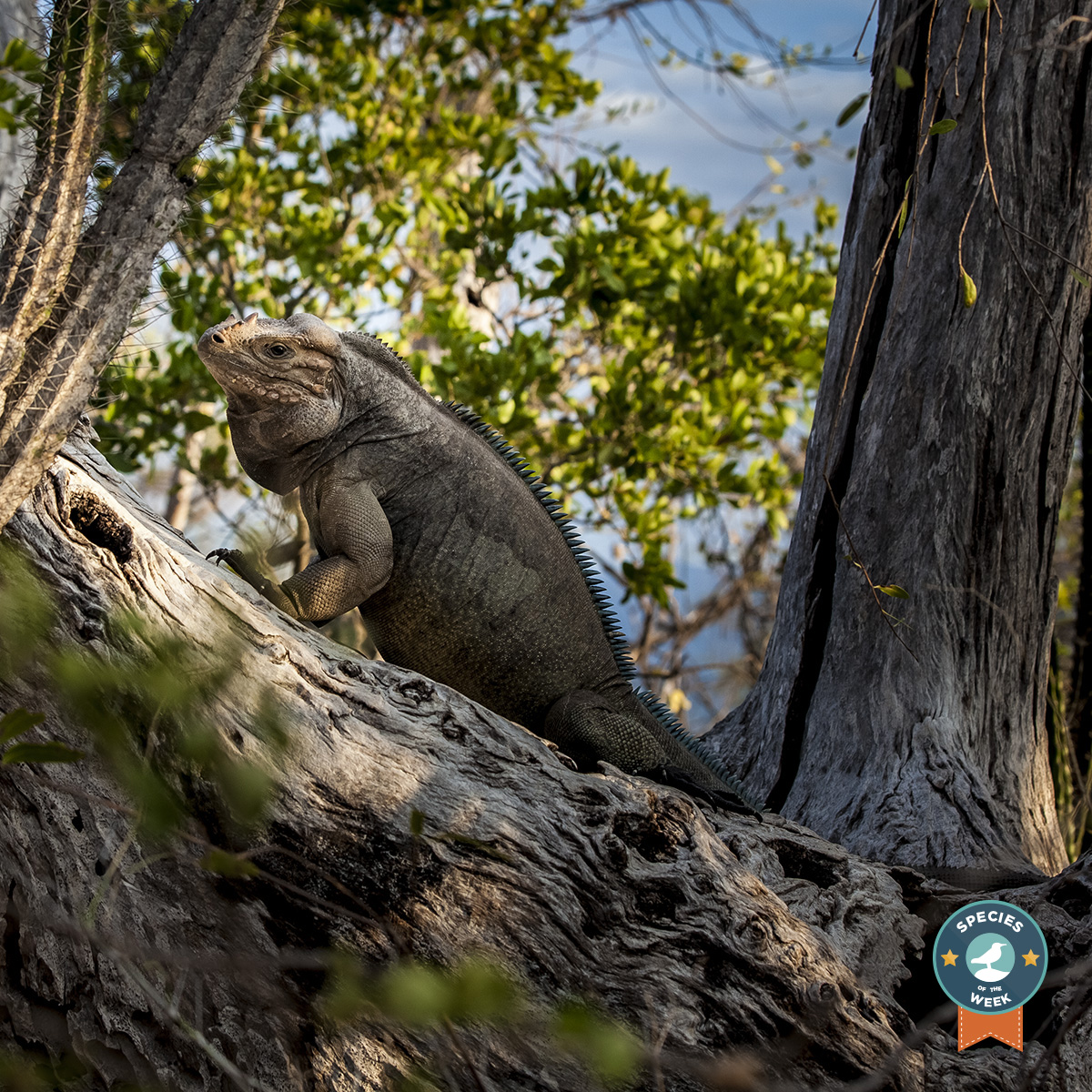 The Vulnerable Rhinoceros Iguana can be found on Hispaniola (Dominican Republic and Haiti). This reptile looks tough enough to be a predator, but eats a primarily herbivorous (vegetarian) diet, and plays an important role in distributing seeds around the island where it lives. 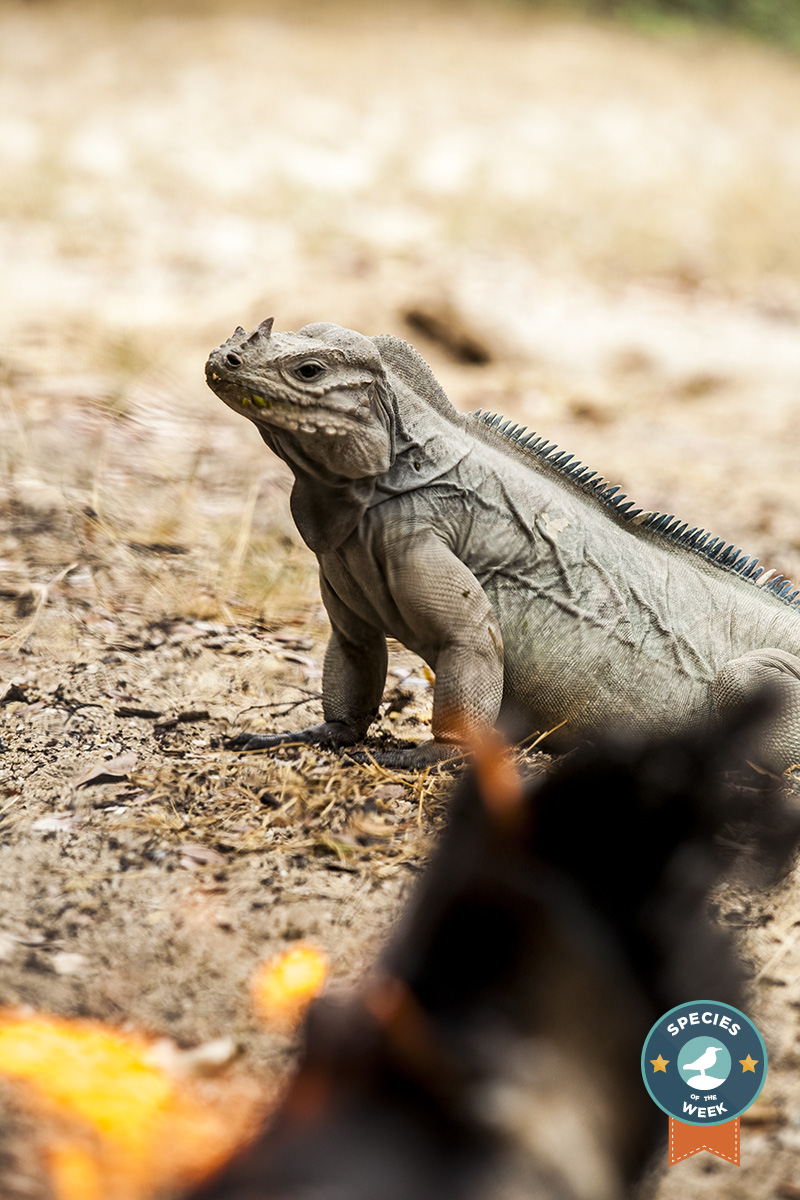 Why the intimidating appearance? One reason for the spiky spine is to help the Rhinoceros Iguanas appear larger to predators, and is especially useful when males compete with one another for territory and mates. 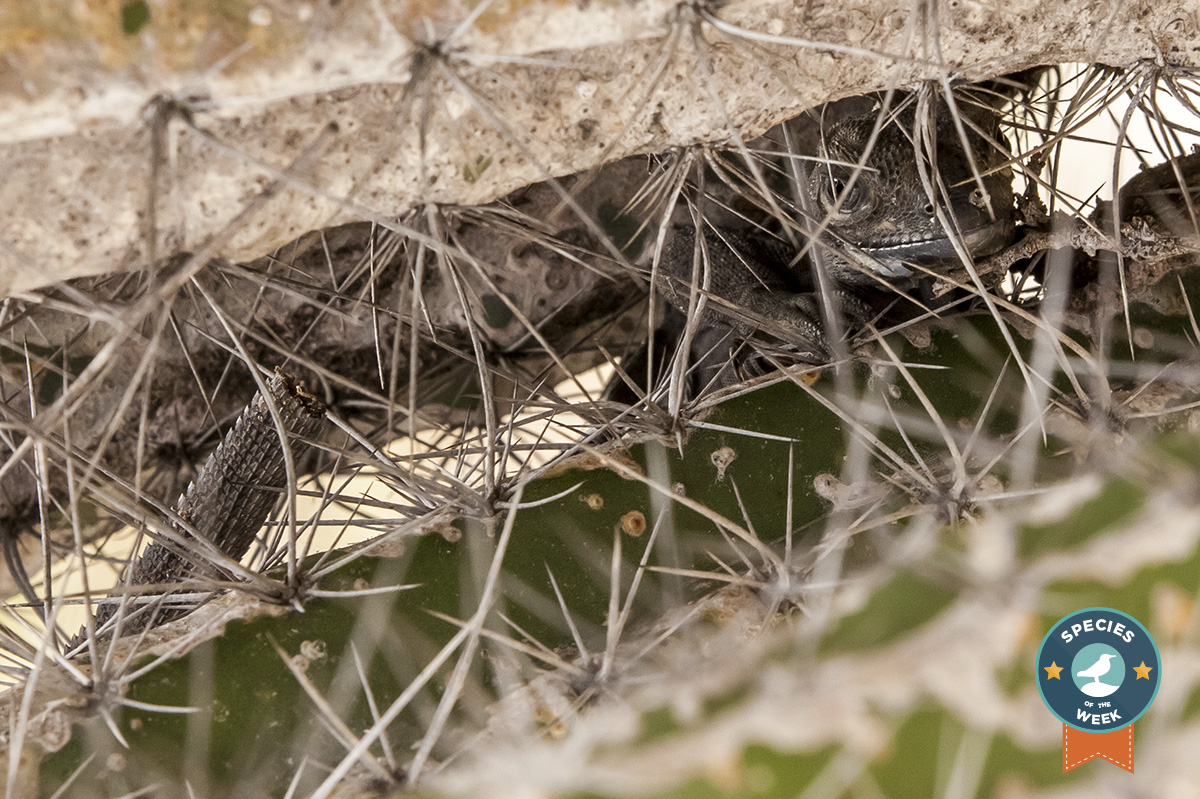