A population census of the New Zealand Kea reveals a disproportionately male population–which could spell trouble for the Vulnerable species.

The New Zealand Kea (Nestor notabili) is the world’s only Alpine Parrot and is listed as Vulnerable by the IUCN Red List of Threatened Species. Every year a parrot census is carried out throughout the species’ known habitat to monitor its population and recovery. The newest census found a skewed sex-ratio due to a decline in the female population. 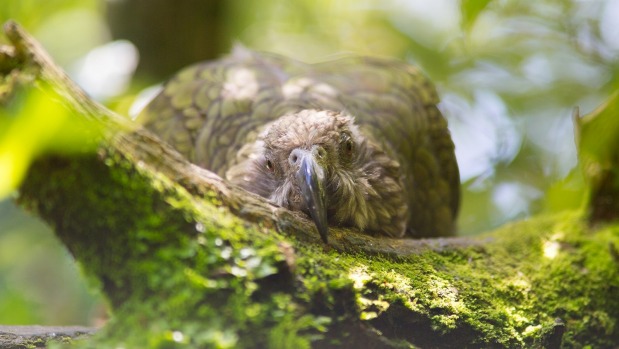 Native New Zealand Kea populations have been declining due to the presence of invasive predators, but females are declining at a faster rate.

The Kea census is a three-day long process during which researchers record sightings of the birds. The day with the most sightings is considered the final count. In Arthur’s Pass Village the first search uncovered seven males and no females.  A second count found four males and one female. A skewed sex-ratio in the Kea population is not unique to Arthur’s pass, explained Graeme Kates, a counter for the New Zealand Department of Conservation:

All Kea folk are noticing the Kea population is becoming male-centric.

The populations have been declining in recent years due to the presence of invasive predators in New Zealand. Researchers suggest females are at greater risk of predation than males while nesting and rearing chicks. Females are unable to leave their nests in order to escape predation without risking the lives of their offspring. Researchers already knew the species has a disproportionately low female population, but this census shows a more significant decline than past surveys.

Researchers suggest females are at greater risk of predation than males while nesting and rearing chicks. 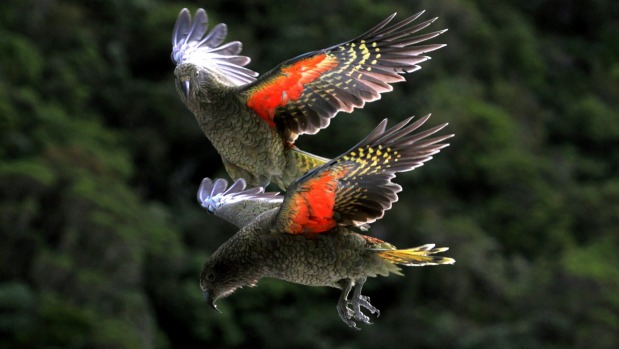 Kea are known for their playful behavior. Credit: Iain McGregor

Conservationists believe increased invasive species control in the area will help to resolve the skewed sex-ratio. This idea is based off of a similar problem with the native Kaka population, which was corrected for after increased efforts to remove invasive predators. The result was a quadrupling of the female Kaka population.

Researchers hope to see a similar rebound for the Kea after enhanced efforts to remove of invasive species from its habitat. If the sex-ratio is not corrected for, the species could face even more dramatic declines in population. Careful monitoring and removal of invasive species can help restore the balance of males and females.