Conservationists celebrating the rediscovery of the Bahama Nuthatch which many feared had been driven to extinction after the damage caused by Hurricane Matthew in 2016.

The island of Grand Bahama is home to a small, Endangered bird called the Bahama Nuthatch (Sitta insularis). The species once thrived on the island as recently as the 1960s but habitat loss, as well as competition and predation by invasive species, have drastically reduced the population. In the mid-2000s a population study estimated 1,000-2,000 individuals remained but in October of 2016 Hurricane Matthew hit Grand Bahama and conservationists feared the worst. 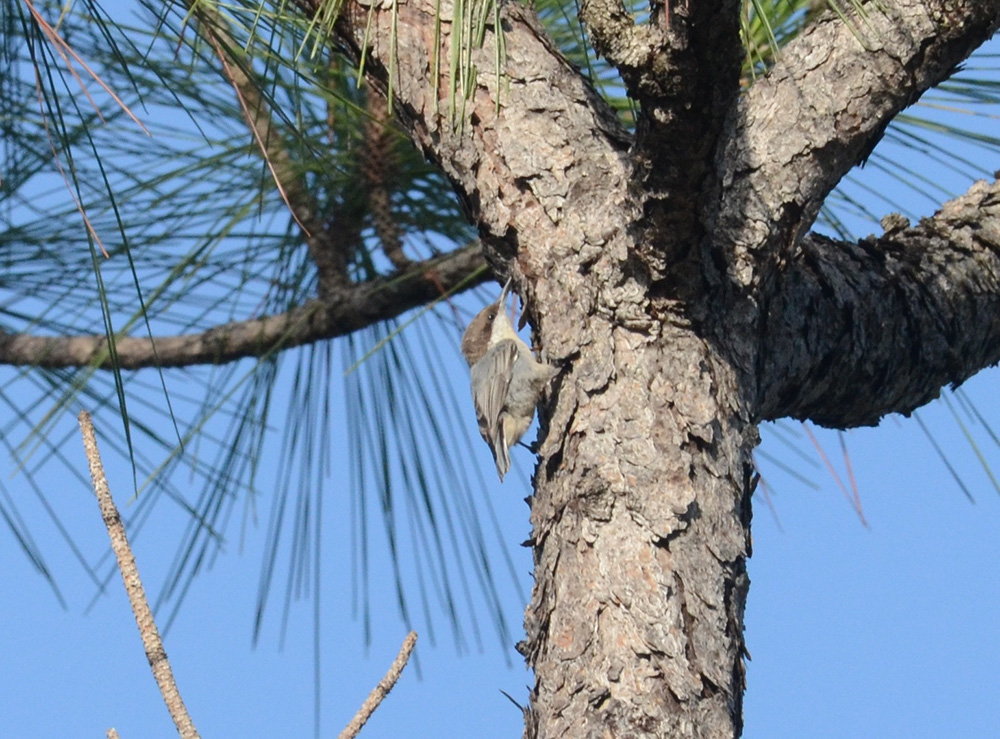 A Bahama Nuthatch will sometimes use small pieces of bark to pry off a piece of bark in search of insects. Credit: Carrol Henderson

In spring 2018, two teams headed out in search of any remaining individuals and luckily within less than a month of their search each team observed their first Bahama Nuthatch. One team found five individuals in total including a juvenile and a pair spotted together. The rediscovery of the species has a lot of conservationists relieved and hopeful for the conservation measures they have ahead of them. Matthew Gardner, a masters student at the University of East Anglia and leader for one of the teams explained the exciting first sighting:

We had been scouring the forest for about six weeks, and had almost lost hope. At that point we’d walked about 400km (250 miles). Then, I suddenly heard its distinctive call and saw the unmistakable shape of a nuthatch descending towards me. I shouted with joy, I was ecstatic!”

Researchers are hopeful that all the excitement and attention surrounding their rediscovery can serve as the perfect catalyst for conservation action. Although their populations are small, this does not rule out effective conservation measures which could help prevent their extinction by addressing the key concerns of invasive species and habitat degradation.