After new population studies, the International Union for the Conservation of Nature has uplisted the Kea from Vulnerable to Endangered.

New Zealand’s only Alpine Parrot species, the Kea, has been officially declared Endangered by the International Union for the Conservation of Nature. The large, green parrot had been listed as Vulnerable, but recent studies show that their populations are declining rapidly and has resulted in an “Endangered” status.

Kea once numbered in the hundreds of thousands but due to predation by invasive rats, stoats, and possums only 40% of nests are successful each year; this number decreases during stoat “plague” events. Although the species is declining, conservationists are not losing hope. New Zealand’s efforts to remove invasive predators from the island nation by 2050 could protect threatened endemic birds like the Kea. 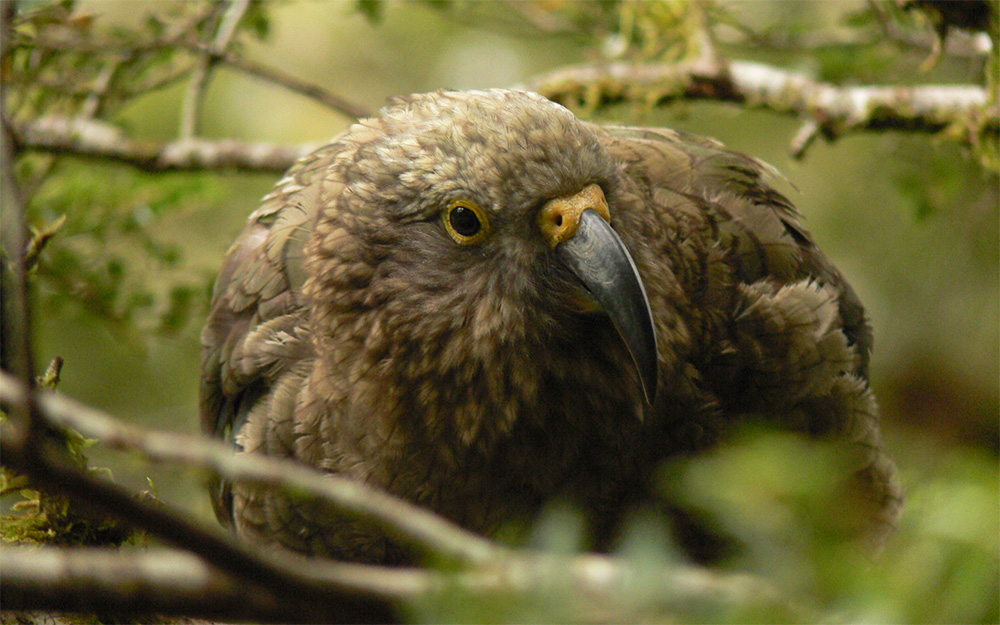 In addition to predation by invasive species, conservationists are concerned about the interaction between Kea and humans. They have found that in areas where they interact with humans and are fed by tourists, the rate of mortality is greater. This pattern highlights the need for new methods to remove invasive species especially in areas where Kea interact with humans.

Although conservationists are considering these new findings a wake-up call, they are hopeful for the future recovery of the species as they work to remove the threat of invasive predators and protect New Zealand’s rich biodiversity.