The Wildlife Society is an international non-profit scientific and educational association dedicated to excellence in wildlife stewardship through science and education. Its mission is to enhance the ability of wildlife professionals and wildlife students to conserve diversity, sustain productivity, and ensure responsible use of wildlife resources and their habitats. Every year, The Western Section of The Wildlife Society convenes to discuss important environmental issues. This year, the meeting was held in Reno, Nevada, with the theme Invasive Species: Globalization and Bad Decisions. As stated in the program:

[Invasive species] are an issue that will affect almost ever wildlifer in their career.

A plenary session was led by invasion biology world authority, Director of the Institute for Biological Invasions at the University of Tennessee in Knoxville, and Island Conservation board member Dr. Daniel Simberloff, and Dr. Karen Poiani, Executive Director of Island Conservation, in a free-flowing discussion format. 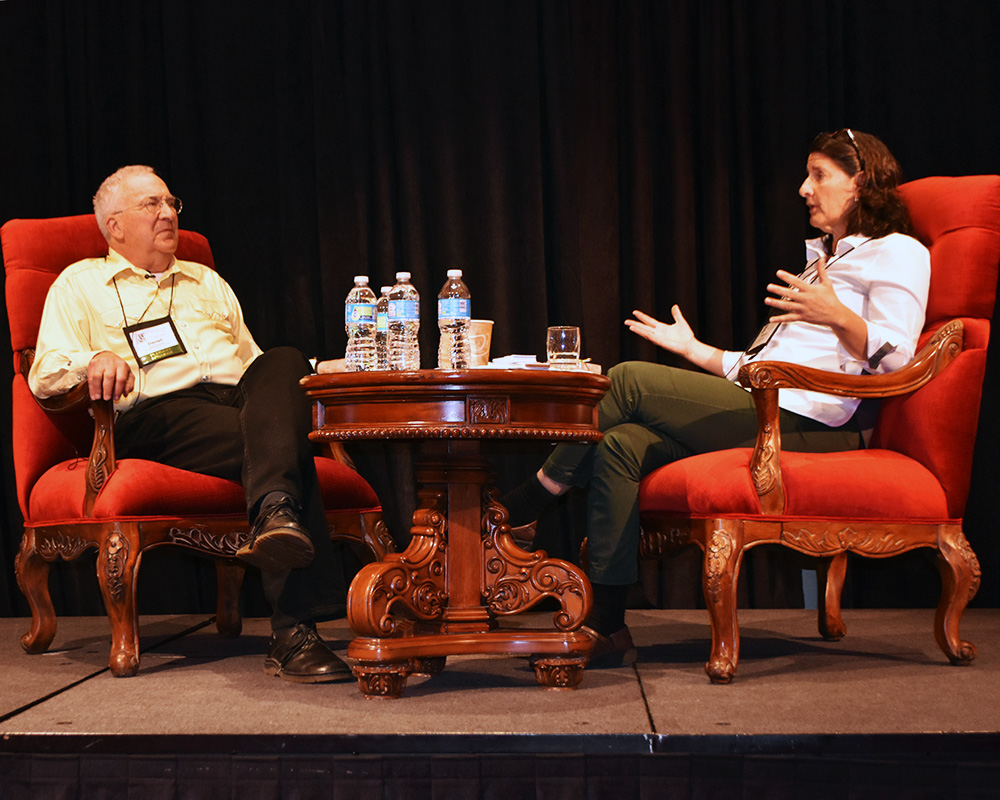 Dr. Simberloff and Dr. Poiani discussed some of the most complex issues in eradication, such as hybridization between native and non-native species, instances in which a non-native species benefits some native species and harms others, and new technologies for invasive species control. Karen Poiani commented:

The plenary was an excellent opportunity to highlight the importance of invasive species removal and discuss some of the most challenging aspects of eradication.

The event carried an optimistic tone, with the speakers highlighting the reasons for hope moving forward. Daniel Simberloff pointed out that rapidly-developing technology is a significant source of hope for overcoming challenges in invasive species eradication. New tools are becoming available that will aid the protection of biodiversity. Another reason he has high hopes for conservation moving forward is this:

We know from examples that people that stick to something and don’t give up in the face of adversity can achieve great results. Even what looks hopeless, or looks like it’s failed, can be turned around; if we don’t give up, and keep trying, we can succeed.

Visit The Wildlife Society’s website for information on local fieldtrips and to sign up for their newsletter.