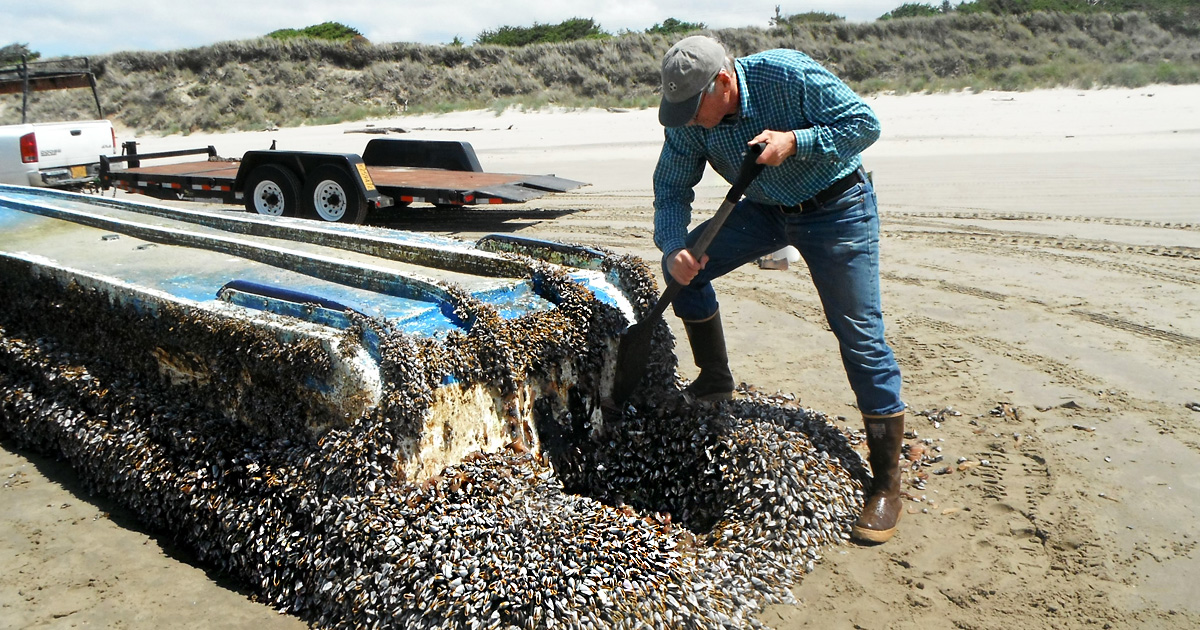 Plastics could be responsible for the spread of invasive species around the world’s oceans.

After the 2011 tsunami off the coast of Japan, researchers watched as debris carried Japanese mussels, barnacles, and other marine life across the Pacific Ocean to the coast of Hawaii and mainland US. Prior to the tsunami, no one really realized that the marine life that came with this debris would survive the trip across the open ocean.

Historically, pieces of debris such as wood would break down or fall to the ocean floor before reaching such distances. Now as plastics have spread into all facets of life, the spread of invasive species through debris could become a more routine occurrence. Greg Ruiz, senior scientist at the Smithsonian Environmental Research Center’s marine invasions lab (SERC) commented:

Until then, we didn’t really think these coastal organisms could survive at sea long enough to make the transit. This showed us that they can and do—and that we should expect to see this more often as the amount of debris in the ocean continues to increase.” 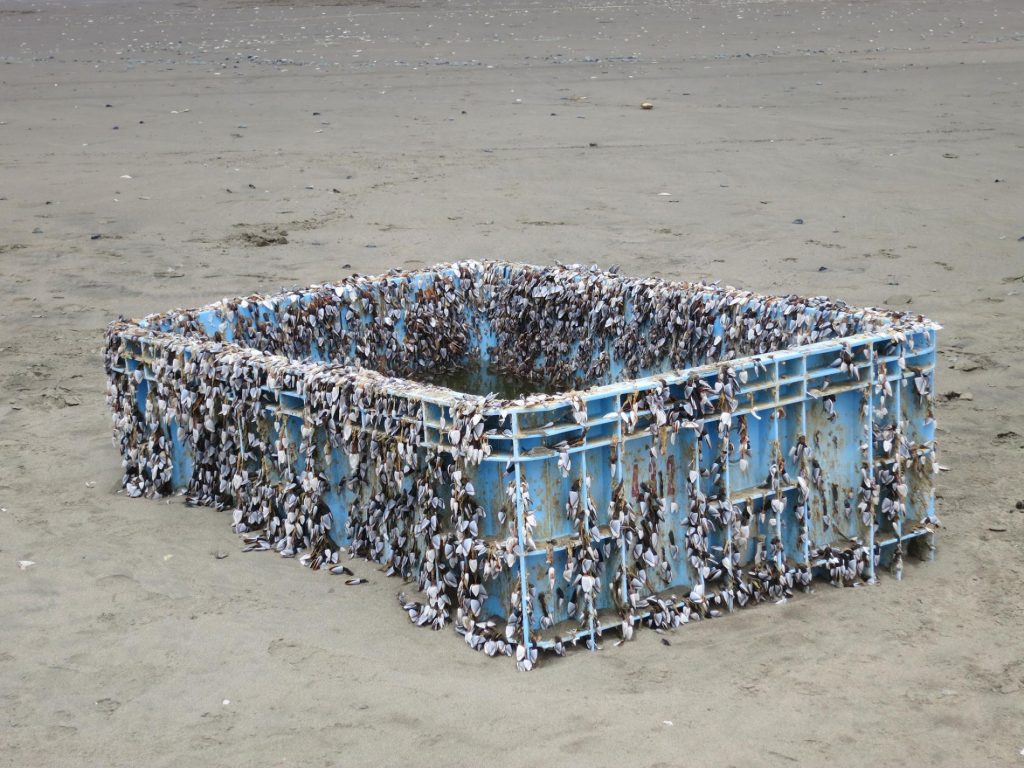 Pelagic gooseneck barnacles hang like ropes off a plastic basin that washed onto the beaches of San Francisco in 2014. The basin was one of many pieces of debris that crossed the Pacific after the 2011 Japanese tsunami. Credit: Gail Ashton and Katherine Newcomer, Smithsonian

Now, places like San Francisco and San Diego, California are both coping with the introduction of invasive algae which hitch-hiked their way across the Pacific on pieces of debris. As plastics continue to be used for all manner of purposes around the world, this could continue as a growing concern. Researchers are looking to the Pacific gyre where the Great Pacific Garbage Patch has formed due to millions of tons of plastic debris in order to study what microorganisms could be using it as a home. Ruiz commented:

Our hypothesis is that many of the organisms that are coastal can survive at sea, and that there is reproduction that happens at sea. Up until now, we thought they required coastal areas where there are more nutrients.” 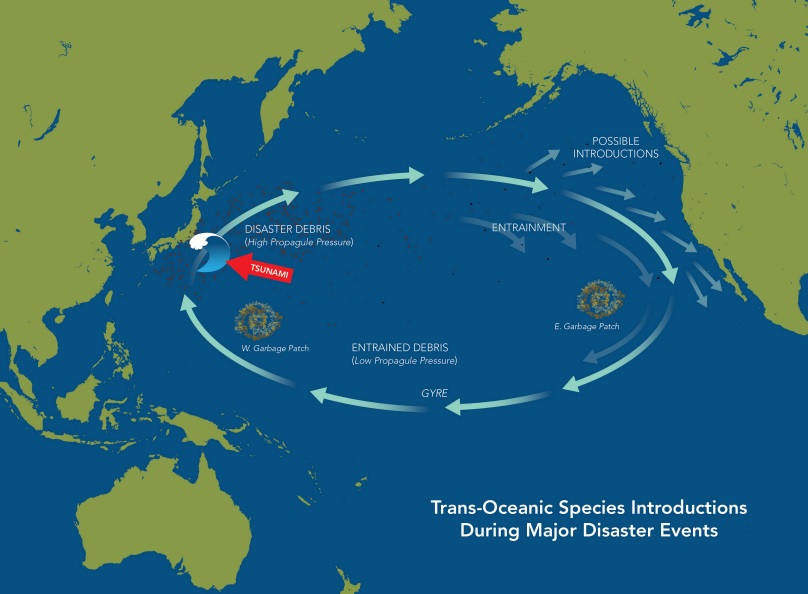 Graphic produced by NOAA which shows the path debris could follow after the 2011 Tsunami.

While researchers continue to study the effect plastics could have on the spread of invasive species, conservation and all available biosecurity measures are necessary to limit the introduction and impacts these species can have.