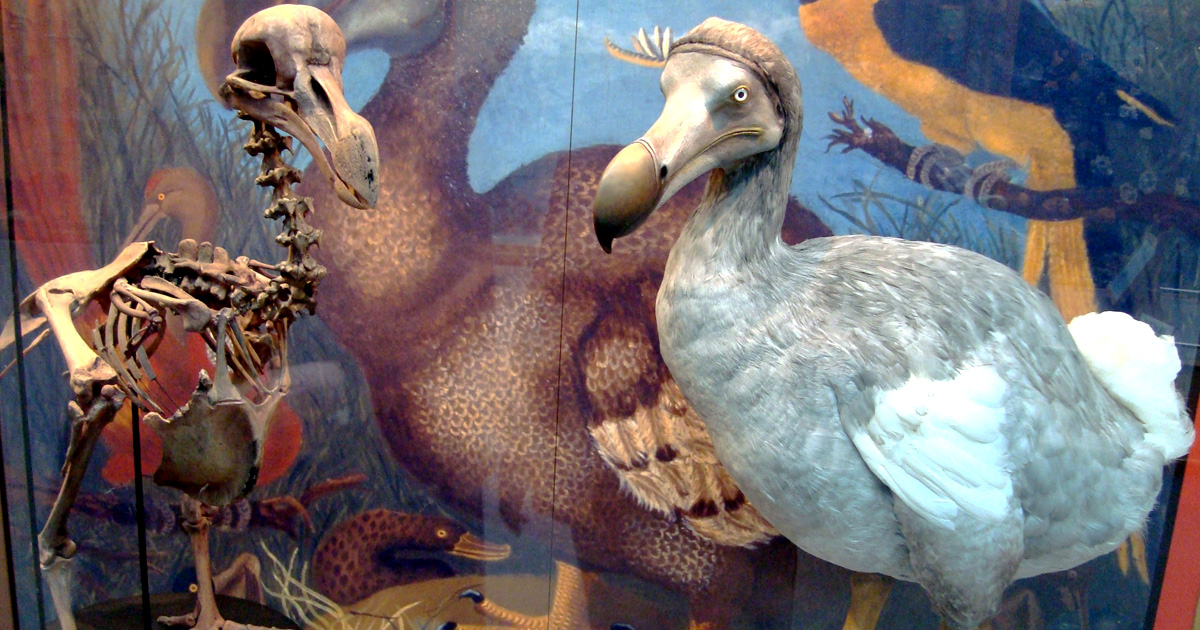 Forbes features a case for protecting all species, especially on islands because, yes, it does matter if just one species goes extinct.

On a remote island in the middle of the Indian Ocean, a large, flightless bird once roamed the island and spread the seeds of native vegetation to every corner. You might have heard of it—the Dodo. Dodos lived on Mauritius Island in the Mascarene Archipelago but were driven to extinction due to hunting pressures and the presence of invasive species. Now the island is missing an important seed disperser. A new study published in Ecography titled “Extinction-driven changes in frugivore communities on oceanic islands” points out exactly how serious the loss of one species can be to an island ecosystem.

Sometimes it can seem that one species might not make or break an ecosystem, but each species has evolved to occupy a specific niche. This is especially clear on islands where species have evolved to eat and disperse the seeds of specific native plants or have evolved without mammalian predators. One example that conservationists have seen time and time again on islands all around the world is how removing just one species in this case a single frugivore from an island can alter an ecosystem. The Dodo is a prime example. This large, fruit-eating, flightless bird was vital to the Mauritius ecosystem and key in spreading fruits and seeds around the island but with its disappearance the vegetation has changed. 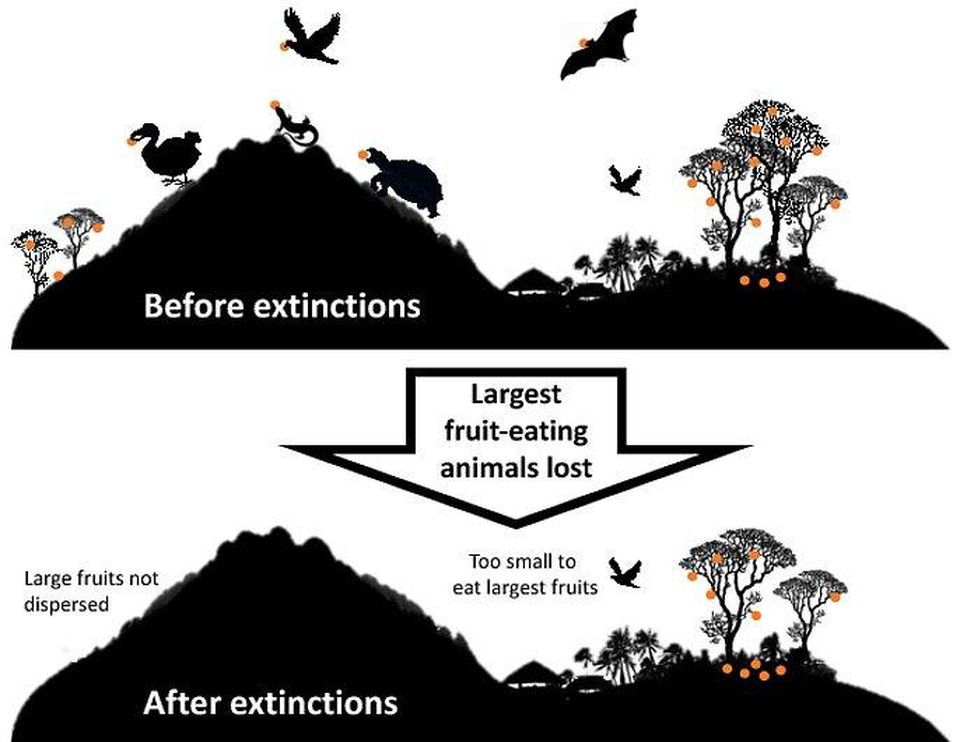 When many large fruit-eating animals have gone extinct on islands, the remaining small animals cannot swallow and disperse the largest fruits so those plants are now at risk of extinction too. Credit: Julia Heinen

In the Galápagos, Giant Tortoises serve as another case-study where losing a species from an island has altered the ecosystem. Galápagos Giant Tortoises are a critical, natural part of the Galápagos Island ecosystems performing important roles, such as seed scarification and dispersal, soil disturbance, and grazing. Julia Heinen, a PhD candidate at the Danish Natural History Museum and lead author on the paper told Forbes:

[W]e saw a knock-on effect of such extinctions. In fact, the mean weight of all fruit-eating animals on islands has reduced by 37 per cent due to the loss of large animals, such as a giant bird on New Caledonia, several large flying foxes and some of the Galápagos giant tortoises.”

Although islands make up only 5.3% of Earth’s landmass, they are home to 41% of the world’s Critically Endangered and Endangered terrestrial vertebrates. The new study reinforces the need for active conservation efforts on islands and further explains why islands are epicenters of extinction and how we can stop extinctions. 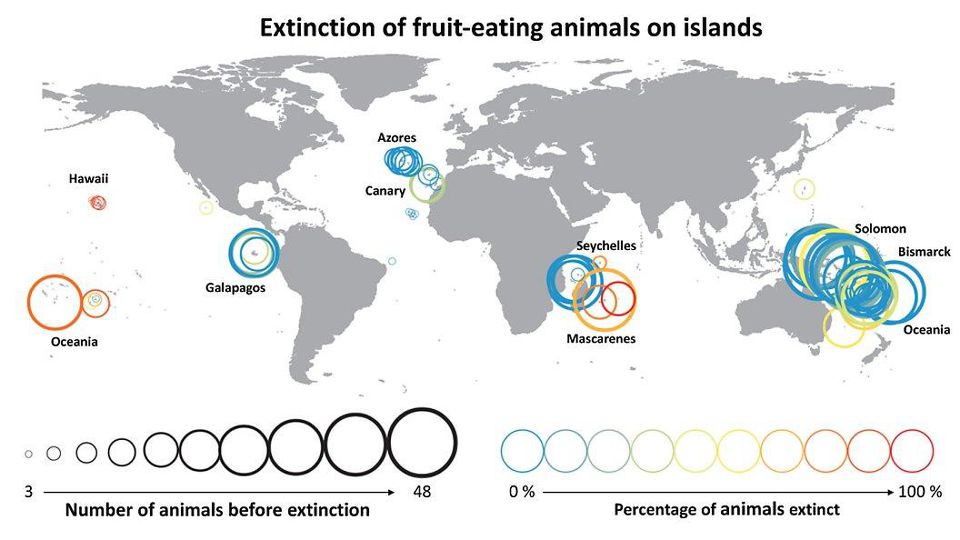 Small islands have fewer species of plants and animals to begin with and, because they have fewer resources, humans have a huge impact over the entire island through hunting, habitat destruction and introduction of invasive species.”

Luckily, there is hope for many species and islands around the world. By removing invasive species from islands and re-introducing natives animals, islands can transform and be “rewilded.” Take Floreana Island, Galápagos for example where after the removal of invasive species the native Floreana Giant Tortoise might one day get to be released onto the island to revive the native flora.

Featured photo: Skeleton cast and model of dodo at the Oxford University Museum of Natural History, based on modern research. Credit: BazzaDaRambler
Read the original article in Forbes