The Pin-tailed Whydah, a parasitic bird, could put native Antilles and Hawaiian island species at risk.

The word “parasite” often brings to mind an image a small worm, but sometimes, parasitic species are not what you imagine. Such is the case for the Pin-tailed Whydah, which is one of only about 100 parasitic bird species in the world.

The Pin-tailed Whydah (Vidua macroura) is native to sub-Saharan Africa where it is known for its bright orange beak, black and white body, and the long tail-feathers they grow during mating season. The distinct coloration of this species has led to their introduction throughout the world via the pet trade. Although such proliferation might seem harmless, the Pin-tailed Whydah’s unique parasitism makes it dangerous to native species if it is accidentally or purposefully released into the wild.

Whydahs are brood parasites, which means they lay their eggs in the nests of other species and leave that species to raise their chicks. In Africa, native birds have evolved with this parasitism and can often differentiate a Whydah chick from their own. But when the Whydah is introduced to a new ecosystem where native bird species do not have the needed defenses, brood parasitism can lead to the invasive chick out-competing the native chicks for food in the nest. 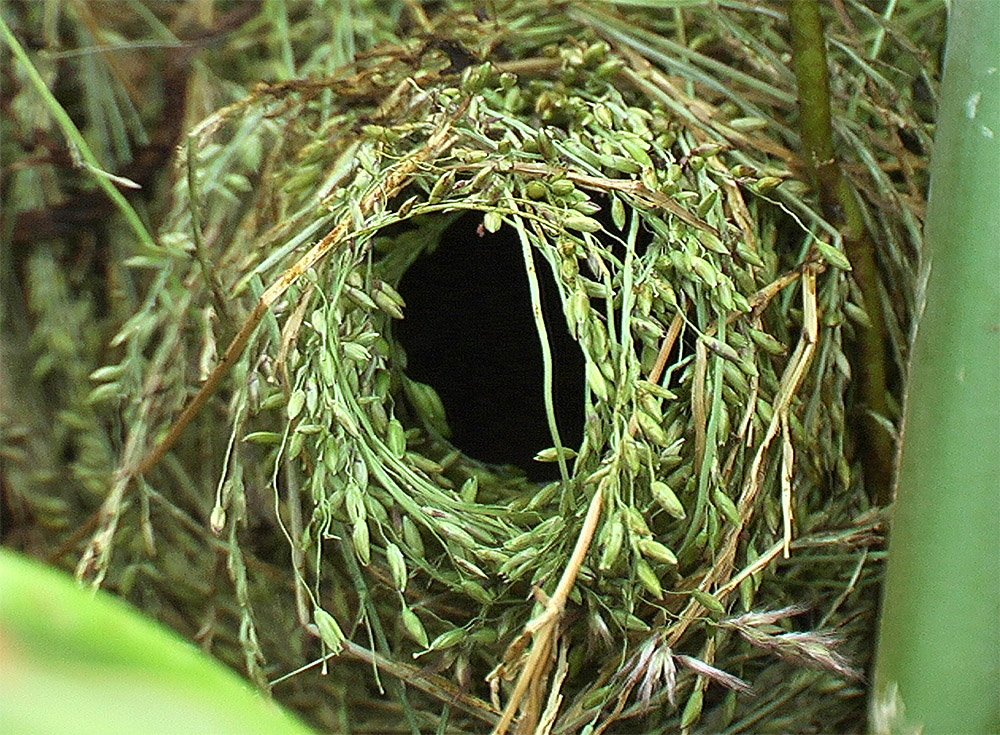 Nest of a Common Waxbill, a host of the Pin-tailed Whydah. Credit: Arthur Chapman

A recent study published in The Condor: Ornthilogical Applications titled “The establishment threat of the obligate brood-parasitic Pin-tailed Whydah (Vidua macroura) in North America and the Antilles” evaluated the current spread of the invasive species and predicted future areas of invasion. The researchers found that by identifying the potential at-risk habitat and the presence of known host species, they could predict that southern California, southern Texas, south Florida, Jamaica, and Hawai’i are all likely areas for Whydahs to become invasive. James Russell, a conservation biologist at the University of Auckland explained:

This study shows how humans are not just transplanting individual species but entire ecological networks, where here an invasive bird species will likely be able to expand in the Americas due to a previous introduction of its host species…the study predicts the introduced species will most strongly invade already vulnerable island ecosystems, where it could potentially begin parasitizing native bird species, which would be a very novel form of invasive species impact. 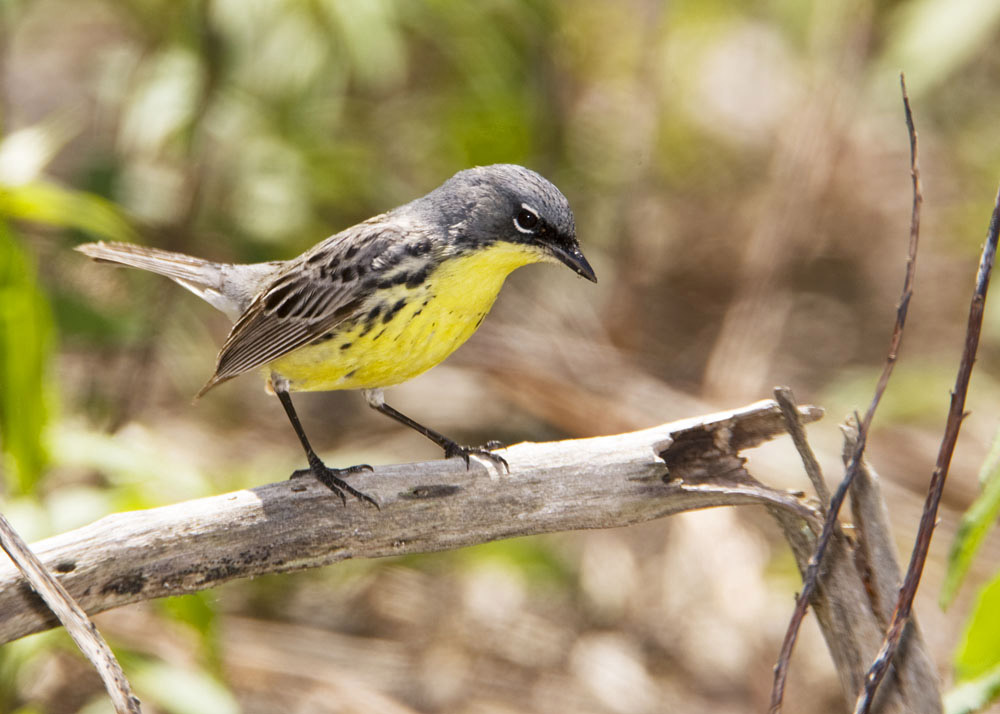 Kirtland’s Warblers were pushed to the brink of extinction after the introduction of a brood parasite called the Cowbird. Credit: Laura Gooch

Researchers found that in these likely new habitats the Whydah would be able to establish a population based on parasitizing known host species. These host species area already spread throughout the United States and the Antilles and could be a jumping off point for the Whydah to establish populations in these areas.

Researchers are concerned that once a population is established, the Whydah could expand their parasitism to other native species and disrupt ecosystems. The species has been known to develop what researchers call “novel hosts” in new habitats where they parasitize the nests of native species as well as species from the Whydah’s native range. In areas such as Hawai’i and the Antilles, these species can create huge problems for native birds often already threatened by invasive species. Monitoring the spread of introduced species and preventing introductions to islands is the first line of defense in protecting native species and preventing Whydah’s from harming native birds.