In the middle of the Cook Strait in New Zealand lies the Brother Island formation. North Brother Island is less than a square mile in size, and is the site of a lighthouse that was first established in 1877. This isolated island is far from alluring: the majority of the island is exposed rock and steep cliffs, and there is no fresh water. Convincing lighthouse keepers to remain posted was a challenge until the lighthouse converted to automated solar-power in 1990. Even though mankind has vacated this barren rock face, North Brother Island continues to provide refuge for endangered New Zealand species. Luckily, the New Zealand Department of Conservation (DOC) has declared the island a restricted-access wildlife sanctuary. 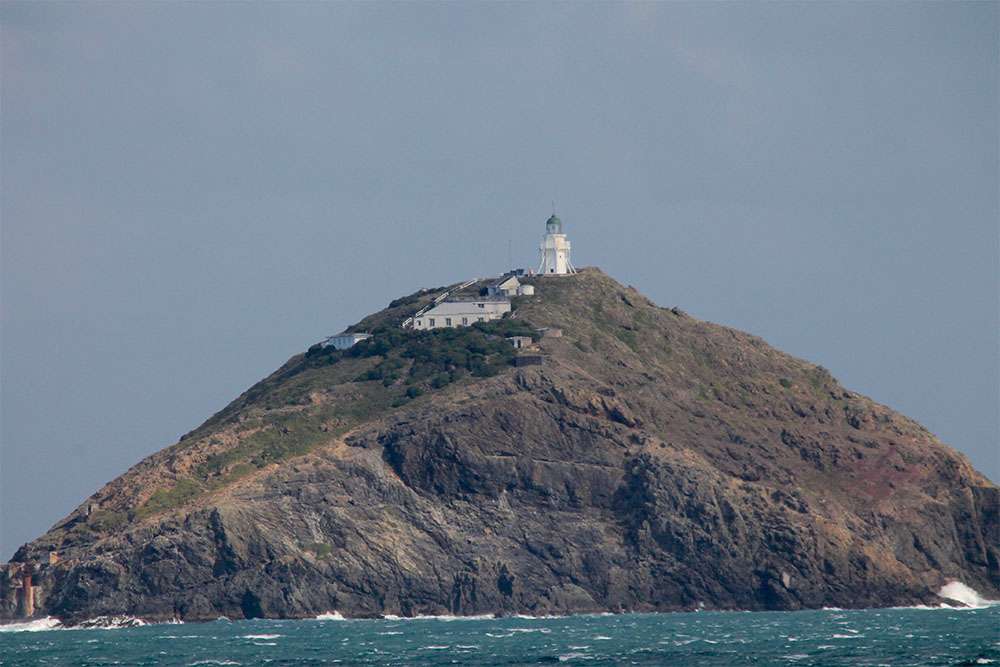 The North Brother Island lighthouse is now automatically operated, so the island is no longer inhabited. Credit: Mike Fitzpatrick

North Brother Island is home to the New Zealand endemic Tuatara (Sphenodon punctatus). Although these reptiles resemble lizards, they belong to a different lineage. The Tuatara are members of the order Rhynchocephalia, which was distinguished during the age of the dinosaurs over 200 million years ago. The Tuatara is the only living species of this order left in existence. This ancient reptile is usually 1.5 feet (45 centimeters) in length, and is only found on islands offshore of New Zealand. The introduction of rats onto these islands, where they become invasive, has presented a threat to the Tuatara populations. Rats prey upon small seabird fledglings and eat the eggs of nesting seabirds. Additionally, the presence of seabird colonies on islands promotes nutrient rich soil, which attracts small invertebrates, insects and vegetation that provide food for the Tuatara. The removal of invasive rats and the protection of native species has greatly contributed to the growth of island Tuatara populations. 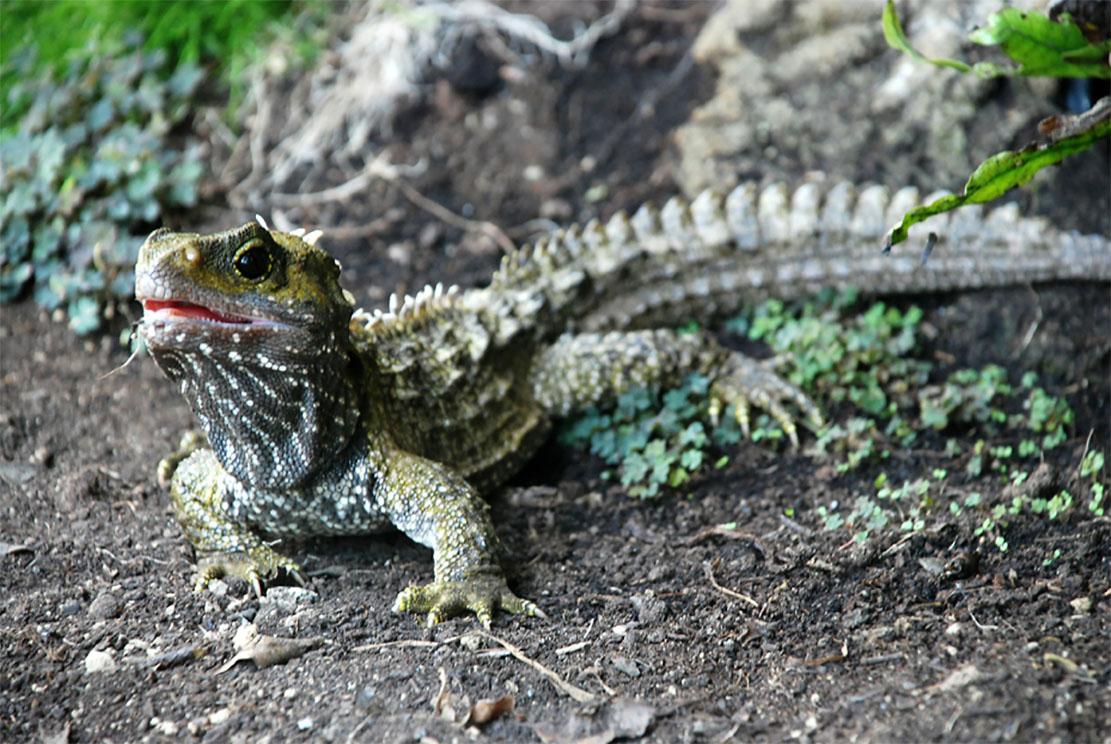 In Māori, Tuatara means “peaks on the back.” Credit: Geoff Wilson

The small size of North Brother Island makes its native plants and wildlife especially susceptible to the perils of invasive species. All surveying equipment undergo a quarantine procedure to ensure no persistent invasive species infiltrate the island, so as to maintain the stability of native populations. On the other hand, North Brother Island’s small size makes invasive species removal a much more achievable task for a small team. During the most recent weed assessment, the NZ Department of Conservation (DOC) and several volunteers were looking for invasive Tree Mallow, Orache and the Brome grass. Fifteen years ago, the island was overgrown with tree mallow, which disrupted seabird nesting sites and interfered with the growth of native plant species as well. The removal of invasive plants has also promoted reclamation from the rare Dryland Sow Thistle (Sonchud novae-zelandiae), a dandelion that only exists on two islands in New Zealand.

Small islands such as North Brother remind us that bigger does not always mean better. Small islands around the world serve as sanctuaries for endangered and endemic island species. When evaluating the conservation needs of island species, scientists often have to consider small offshore rock formations as well. The Lord Howe Stick Insect was declared extinct in 1920, but a small population was discovered in 2001 on a rock face 14 miles offshore of their native habitat, and the Stick Insect is now part of a captive breeding program at the Melbourne Zoo.

Thanks to the DOC, the small but significant North Brother Island can be a safe place for New Zealand native species.