A new species of lizard was discovered by Belgian biologist Oliver Pauwels, a Research Associate at the Royal Belgian Institute for Natural Sciences in Brussels, Belgium and has been officially confirmed as a unique species. The small lizard, only 35cm long, lives in the jungle in central Phuket, Thailand. Its scientific name, Acanthosaura phuketensis, appropriately means “a spiny lizard from Phuket.” 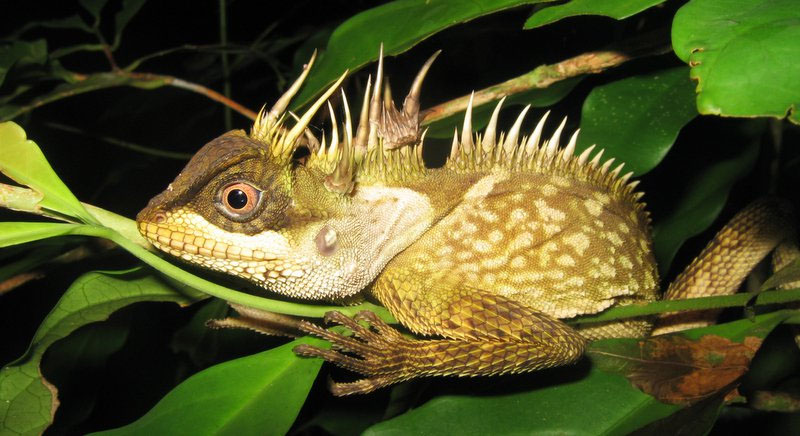 The species feeds mostly on insects and is harmless to humans. Nonetheless, it looks frightening with long horns on its head and sharp spines down its back. Pauwels explains:

Although Phuket is one of the most touristic places in the World, this is the third such major discovery our team made on this island, after a new gecko species and the now famous viper. They are endemic, which means they are found nowhere else on our planet.

The research team has found a number of new species in Phuket, some of which are endemic to the island. The forests of this region have been altered by agriculture and tourism, but these discoveries could work in favor of protecting the diverse ecosystem. Pauwels noted:

Human infrastructures still expand, threatening the last remaining tropical forest patches on the island. This new discovery stresses how important it is to save the remaining jungle on the island. If these forests disappear, many unique creatures which live only there will also disappear. 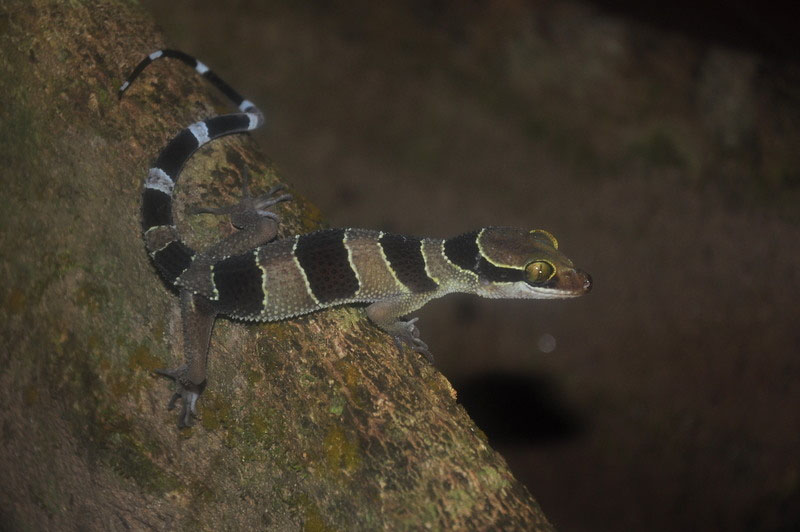 Pauwels and his team intend to continue research in the region in hopes that they will find more new species. On islands where tourism is an important industry, the risk of invasive species introduction is elevated. This could have serious consequences for the unique ecosystem and these newly discovered species. Protecting biologically rich islands is key to saving species–some of which we may not even realize exist–from extinction.