Conservationists are working on a new approach to protect the Endangered Norfolk Island Green Parrot by relocating chicks to a nearby, invasive species-free island.

Conservation and innovation go hand in hand, because sometimes, all familiar approaches to saving a species are inadequate. When tried and true tactics don’t work, the only thing left to do is try something new to help save a species. The conservation of the Norfolk Island Green Parrot (Cyanoramphus cookii) represents one of these scenarios. Norfolk Island, Australia has seen populations of native species decimated by the presence of invasive species, but conventional conservation methods have fallen short.

In the 1970’s the parrots were facing extinction due to the presence of invasive feral cats, rats, and cattle. The removal of cattle from the island greatly supported habitat restoration and nesting site protection, but the Norfolk Island Green Parrot population still struggles. A 2013 survey found only 11 known breeding females. Norfolk Island National Park manager Craig Doolan commented:

Rats get into the nests and will eat the eggs and very young chicks. Cats predominantly predate on the adults, particularly females in the nest while they are sitting. During winter, the parrots feed on the ground a lot more and are particularly prone to attack. 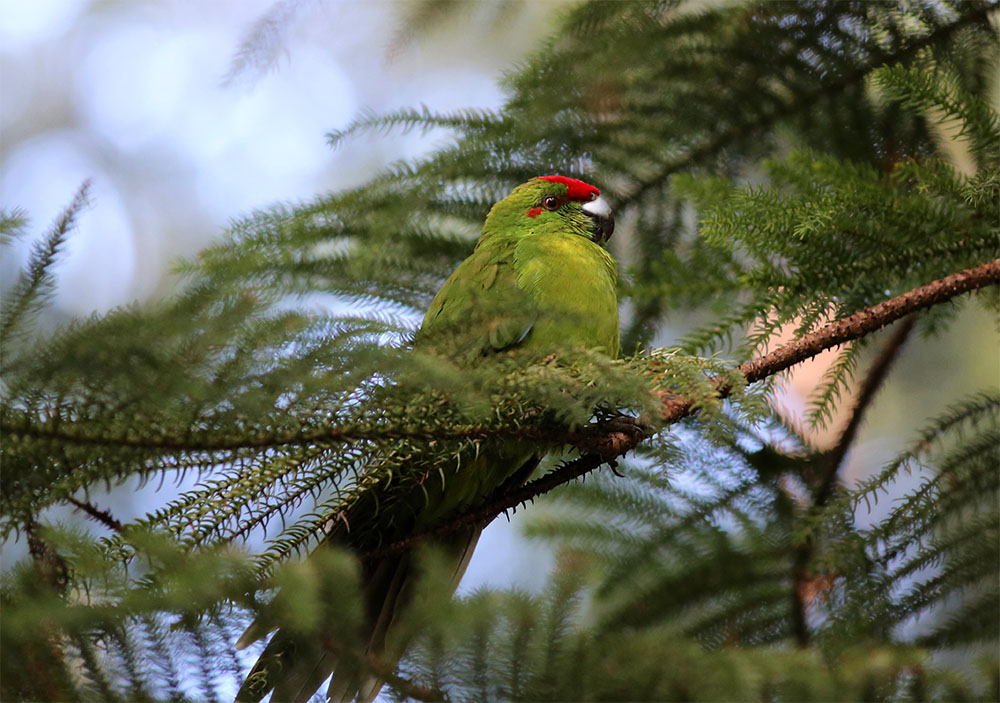 In an effort to give the population a boost, the National park created 80 rodent-proof nests, but this has not proven to be a sufficient conservation measure. Conservationists are working on a new plan to relocate a group of chicks to the nearby Phillips Island where they can live without the threat of invasive species. Doolan explained:

One of the reasons we’re transferring chicks, not adults, is because our site is under six kilometers away and we need to make sure those birds don’t try and fly [back to Norfolk Island].

The plan is to transfer almost thirty chicks to an aviary on the island by mid-April. This new population will serve as a safety net that protects against the extinction of the species. In the past, Phillips Island was once also threatened by the presence of invasive feral pigs, goats, and rabbits, but is now an invasive-free sanctuary. Gregory Andrews Commissioner of Threatened Species said:

The Norfolk Island green parrot has a safe haven, free from feral cats and rats, ready and waiting for it.