The newly established Lawan Reserve in Victoria, Australia expands and protects the habitat range for the Malleefowl and other native birds.

Central Victoria is home to a slew of unique and endangered species. One such species is the Vulnerable Malleefowl, which has an estimated population size of eight to twenty individuals within the reserve. The Malleefowl is threatened by invasive species and cannot migrate through cleared lands in the region due to this predation risk. However, thanks to the  newly created Lawan Reserve, there might be hope for this small population to grow and thrive. Lawan is another name for the Malleefowl, but the reserve will protect more than just one species of bird.

Bush Heritage Australia has established the Lawan Reserve in Central Victoria. The reserve will serve as a connection between two isolated portions of Parks Victoria’s Wychitella Nature Conservation Reserve. The connectivity between the three portions of land will allow native species to migrate throughout their larger habitat, resulting in a decreased threat of predation by invasive feral cats and foxes. 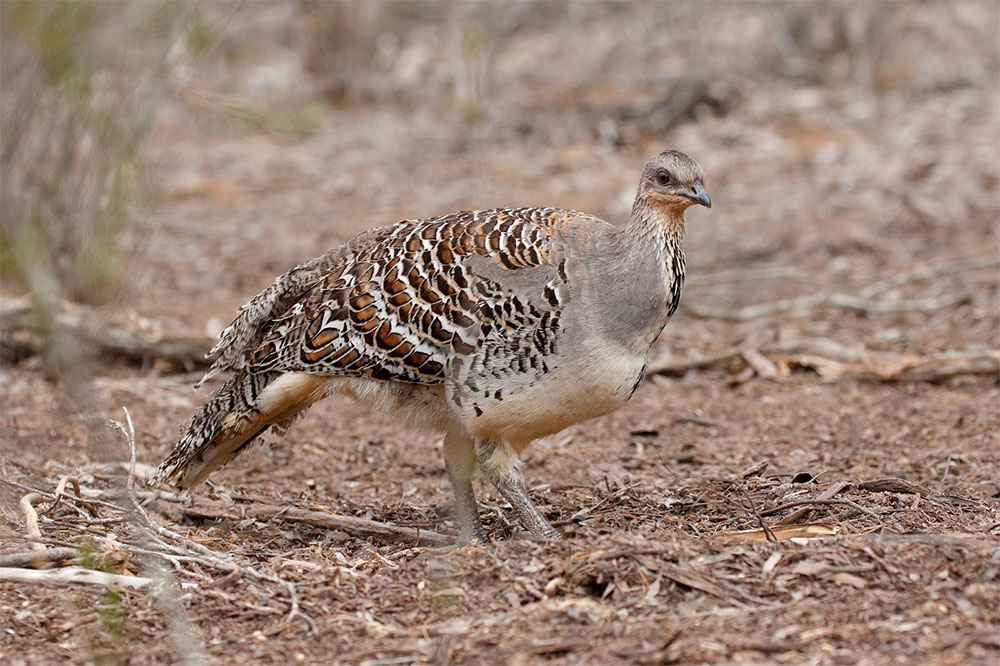 The Malleefowl needs connected and expansive habitat to be able to avoid predation by invasive feral cats and foxes. Credit: David Curtis

Lawan Reserve will create connectivity in the region and help expand the habitat for these native species. Bush Heritage Victorian Manager Jeroen van Veen considers habitat fragmentation to be one of the greatest threats to native birds. Isolated populations are more susceptible to disease, fire, and floods, and migration in open areas carries the risk of predation by invasive feral cats, foxes, and hawks. Van Veen commented:

Through buying the Lawan block, and then re-vegetating the land that was cleared here, we connect all those bits up together to create a continuous bit of bush, about four times the size of the Lawan block itself.

Lawan reserve will protect some of the grassy inland slopes, 82% of which has been altered or destroyed in Victoria. The woodland bird community – an officially recognized group of birds – includes species such as the Hooded Robin (Melanodryas cucullata), Diamond Firetail (Stagonopleura guttata), and the Malleefowl (Lepida ocellata), which will thrive under these new protections.

Woodland species are declining throughout Victoria, but within this small region their populations seem to be holding steady. Conservation efforts here show promise for future growth of the birds’ population.