Study shows that the New Zealand Kea is the first non-mammal to show contagious emotion though a laugh-like noise that makes other Keas happy.

We all know that laughter is contagious among humans. Now, research tells us that it’s also contagious among Keas. The Kea is a species of parrot native to the mountains of New Zealand’s South Island. A new study published in the journal Current Biology shows that the Keas have a specific call that puts other parrots in a good mood.

This discovery represents the first time a non-mammal has been proven to show contagious emotion. Previously this quality had been relegated to the likes of humans, chimpanzees, and rats. Researchers already knew Keas made this non-threatening call while playing—with others or alone—however, they did not know exactly what the sound meant. 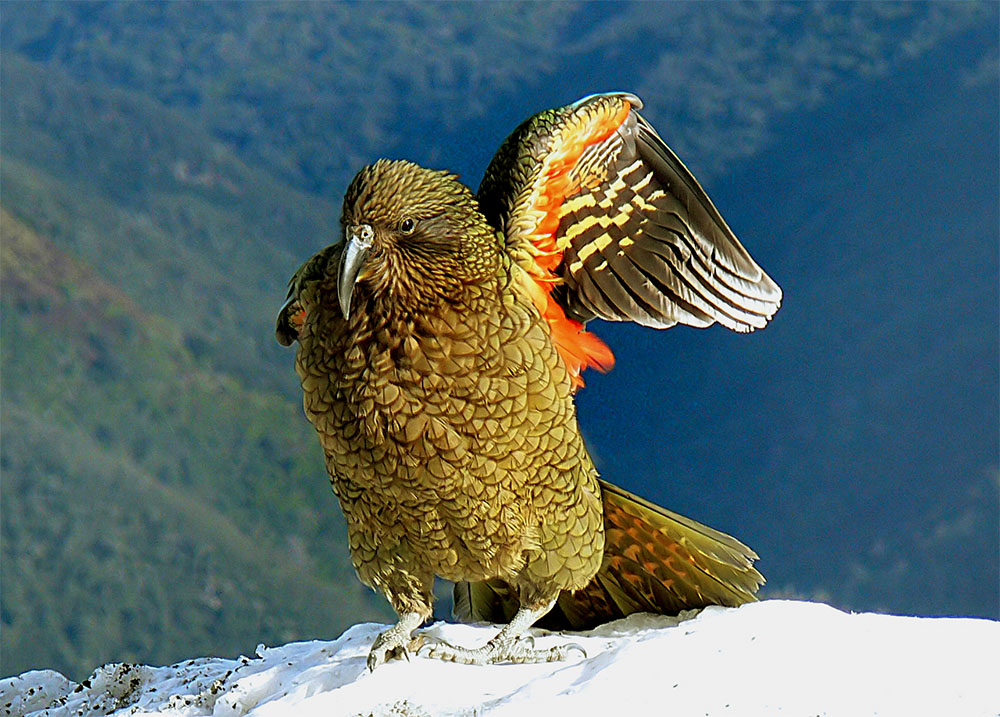 In order to study this phenomenon, a research team led by Raoul Schwing of the Messerli Research Institute in Austria used recordings of bird sounds such as the Keas’ laughter and the calls of other native birds in the area. Researchers then observed the Keas’ responses upon hearing these recordings. They found that when Keas heard the “laughter,” they would play for a longer period of time than if they heard other calls. Schwing commented:

In many instances, we saw that the Kea were immediately animated to play, but not by joining ongoing play already happening. Instead, they spontaneously started to play with the bird next to them, or played solitarily in the air or with an object.

Researchers believe that the call is less of an invite for play and more an expression of enjoyment that can spread to nearby birds. Keas that hear the calls are moved to play with the birds nearest them, by themselves, or with an object.

Keas are incredibly intelligent animals, but due to the threats posed by invasive species they are considered Endangered according to the IUCN Red List. Tamsin Orr-Walker, co-founder and chair of the Kea Conservation Trust hopes that studies such as this will inspire people to help protect the native parrot. Next time your friend’s giggles make you laugh, remember that somewhere in New Zealand, a Kea is having a similar experience.