Conservationists are on a mission to reintroduce the New Zealand Kakariki to the predator-free Bay of Islands.

After a thirty-year absence, the Kakariki, also known as the Red-crowned Parakeet, will return to Moturua Island along the East Coast of the North Island, New Zealand. The bright green parakeet, native to New Zealand, has been missing from the region due to predation by invasive rats and stoats. Now conservationists are working to reverse the effects of these invasive species and bring the bird back from local extinction.

Project Island Song, a partnership between the Guardians of the Bay of Islands, Te Rawhiti hapu (Ngati Kuta and Patukeha) and the Department of Conservation, is spearheading the translocation of the parakeet. Project Island Song Coordinator Richard Robbins commented:

These beautiful bright green native parakeets were once plentiful but have been pushed to extinction across mainland Northland by rats, stoats, weasels, feral cats, and possums by the mid-1980’s. 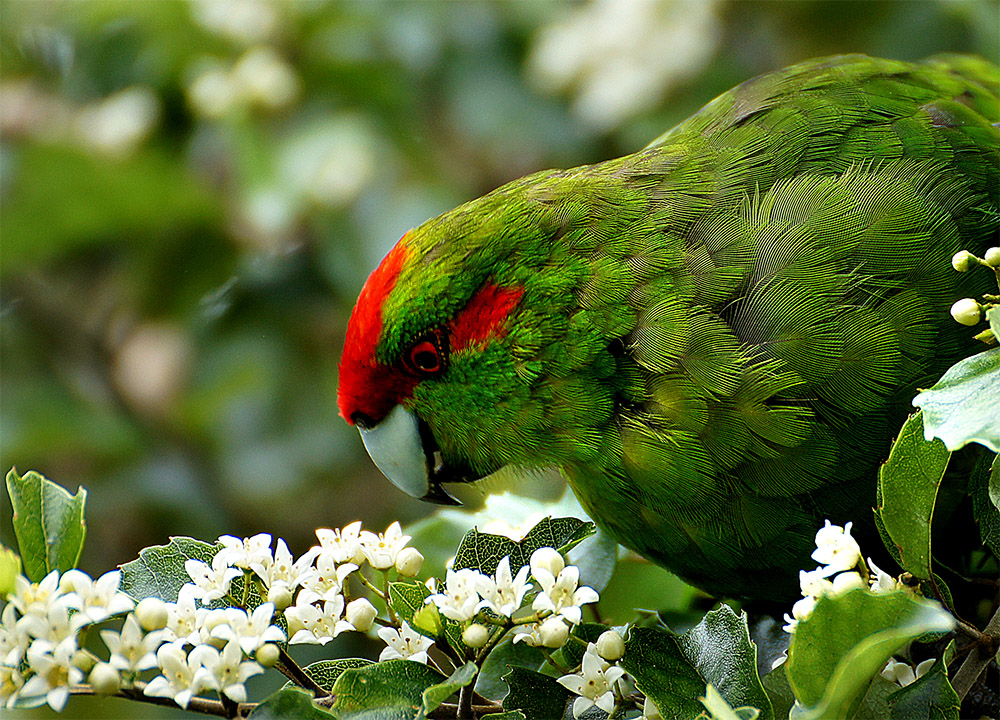 Conservationists will reintroduce the Kakariki in hopes of establishing a healthy population. Credit: Bernard Spragg

The birds are currently found on Little Barrier Island but will soon be moved to the Moturua Island, which has been declared predator-free and safe for the native birds in 2009. Conservationists plan to do a two-step release, which will begin this June and will ensure the birds are safe and the habitat is suitable before all individuals are set free.

In the meantime, the birds will be housed in an aviary. Conservationists are using specially designed boxes for the transportation of individuals during the 50-minute helicopter trip. Once on the islands, volunteers w

ill be tasked with supplementary food and nesting boxes which will help anchor the birds to Moturua Island.

Kakariki are likely to fly between the islands and the mainland but researchers hope the species will establish a healthy genetic population on the islands. Predator-free sanctuaries are the species’ best hope for future survival.