Most island vertebrate extinctions could be averted, concludes new study
Control and eradication of invasive species could prevent as much as 75 percent of all island-level extinctions predicted for globally threatened vertebrates.

Eight of every ten species extinctions have occurred on islands, and invasive mammals are the leading reason for those losses. Currently, forty percent of species at risk of global extinction are island inhabitants.

In the most thorough study of its kind, scientists have now analyzed global patterns of island vertebrate extinctions and developed predictive models to help identify places where conservation interventions will provide the greatest benefits to threatened insular biodiversity.

Control and eradication of invasive species are highly effective conservation tools, but conservation scientists have lacked tools for identifying where these efforts will have the greatest impact. The new study, published August 18 in Nature Communications and led by UC Santa Cruz researcher Erin McCreless, closes that gap.

Humans have introduced non-native rodents, damaging herbivores like goats, and predators such as feral cats and foxes to islands around the world. These novel disturbances decimate native island wildlife and change entire island ecosystems. At the same time, islands are hotspots of biodiversity and often support rare and unique species occurring nowhere else in the world.

Controlling invasive mammal populations, or removing them entirely from islands, is a highly effective tool for conserving island species and ecosystems, and such actions have contributed greatly to the recovery of many threatened island species. Conservation dollars are limited, however, and it is important that invasive mammal management efforts be focused on the islands where they will go the furthest toward conserving native island biodiversity. McCreless points out,

Until now, conservation scientists have chosen islands for invasive mammal management largely based on the need to protect a particular native species, or on broader assumptions about how native species are likely being affected.

For example, invasive rats are often eradicated on islands where they have been seen eating native birds and their chicks. McCreless explains, “However, as these conservation efforts increase globally, conservationists need to take a more strategic approach and choose islands based on a more complete, larger-scale understanding of how different invasive mammals affect native species on different types of islands around the world.”

Are rats more likely to cause bird extinctions on smaller, colder, or wetter islands than on other types of islands? Are native reptiles more vulnerable to the impacts of pigs than to those of rats or cats, and on what kinds of islands are these impacts seen most strongly? Answering such questions can help scientists understand the nuances of invasive mammal impacts on islands worldwide, and then use this information to direct limited resources to the places where management efforts will have the greatest benefits for native species. 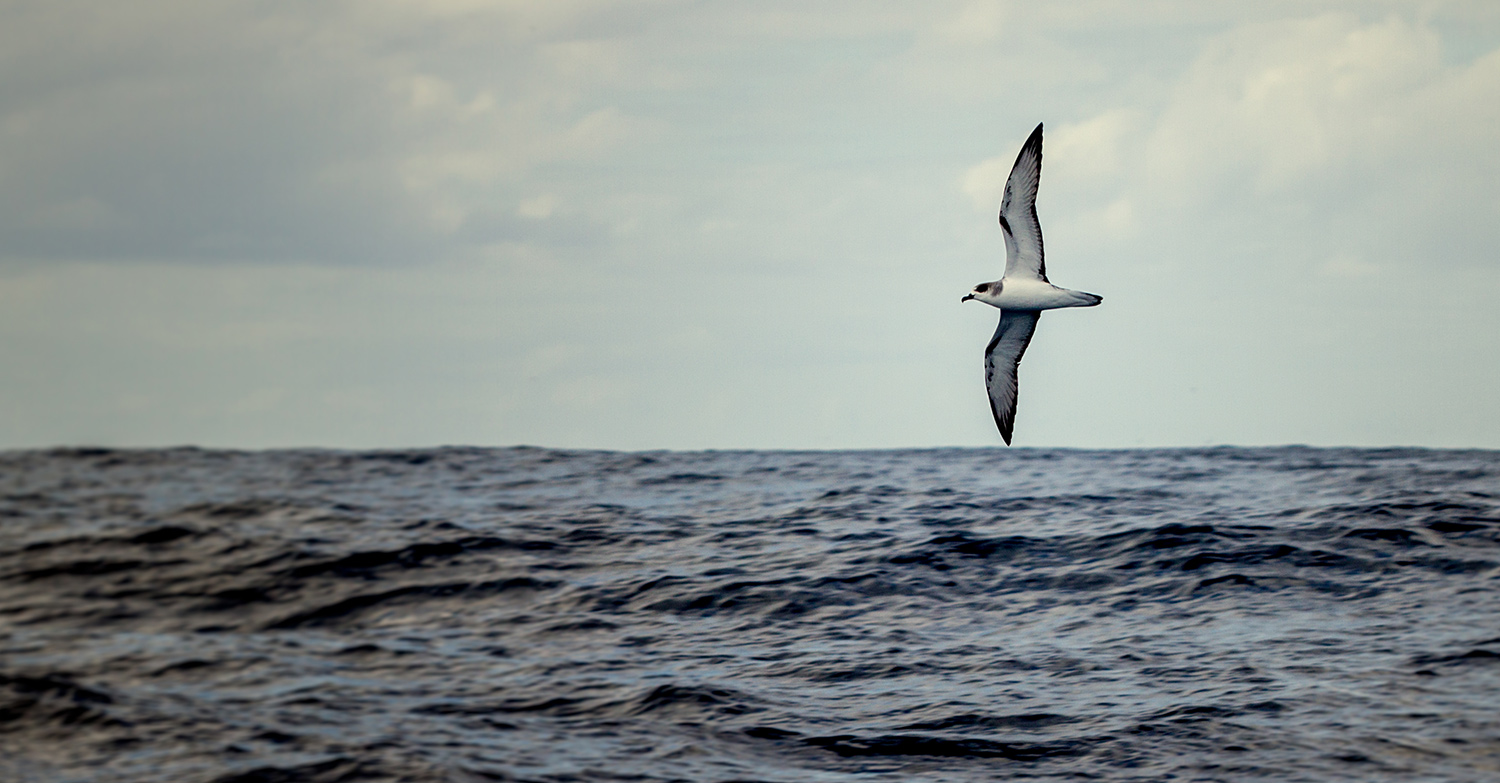 The Vulnerable De Filippi’s Petrel currently breeds on only three islands in Chile: Santa Clara in the Juan Fernández Archipelago and both islands in the Desventuradas. A population was also known from Robinson Crusoe Island in the Juan Fernández Archipelago, but invasive predators are thought to have extirpated the population.
Removing these invasive predators from Robinson Crusoe would provide an opportunity for this rare seabird to return.
Download this photo

In the new paper, McCreless and colleagues fill in many of these knowledge gaps by analyzing the Threatened Island Biodiversity database, a recently developed, global dataset of threatened native species and invasive mammals on islands. McCreless notes,

We analyzed, for the first time at such a large scale, global patterns of island vertebrate extinctions in relation to different types of invasive mammals and physical island conditions.

The study included more than 1,200 globally threatened or extinct vertebrate species that live (or lived) on more than 1,000 islands around the world. The authors’ analyses demonstrate that just a few types of invasive mammals – rats, cats, pigs, mongooses, and weasels – are most strongly associated with the extirpation of native species (island-level extinction).

Importantly, the study shows that the impacts of each mammal varied widely across both the type of native species being affected (native amphibians, birds, reptiles, or mammals) and the conditions of the islands on which they occurred. The authors used modeling approaches to predict how removing invasive mammals on different islands could reduce extinction risk for threatened species. In one of many examples, they showed that removing invasive mammals from small, dry islands could halve the extirpation risk for threatened native birds and mammals, but doing so on large, wet islands may have less benefit. Coauthor Donald Croll, professor of ecology and evolutionary biology at UC Santa Cruz says,

This kind of information is critical for conservationists trying to decide where to spend limited funds.

Finally, the paper highlights the global degree of the threat from invasive mammals on islands and the potential of management efforts to mitigate these threats. “We were able to estimate that up to 45 percent of globally threatened vertebrate populations on islands may be extirpated in the absence of conservation interventions, but that targeted invasive mammal control and eradication could prevent 41 to 75 percent of these predicted future extirpations,” said McCreless. “That is critical knowledge for both conservationists and funders.”

Coauthor Nick Holmes, science director for Island Conservation, commented that the study provides valuable guidance for conservation interventions by his and other groups. He noted,

This will help the entire island restoration community’s conservation planning. But, most importantly, this is one more critical step towards identifying and acting on highly cost-effective extinction preventions for our world’s most vulnerable species.

In addition to McCreless, Croll, and Holmes, the coauthors include David Huff at NOAA, Bernie Tershy and Dena Spatz at UC Santa Cruz, Stuart Butchart at BirdLife International, and Chris Wilcox at CSIRO, Australia. This work was funded by the National Science Foundation, the Robert and Patricia Switzer Foundation, and Island Conservation.