Madagascar has several species of lemurs, Australia has multiple kangaroo species, and the Galápagos has the world’s only ocean-diving iguana. When animals are isolated on an island, they evolve differently than they do on mainlands, giving rise to unique adaptations and often branching out into new species. Researchers like Lawrence Heaney, Curator of Mammals at Chicago’s Field Museum, have wondered where the cut-off was–exactly how much space a species needs in order to evolve into multiple new species. A new discovery by a team of mammalogists brings us closer to that answer.

The researchers found that four species of mice evolved from a common ancestor on Mindoro Island in the Philippines. This island has an area smaller than the state of Connecticut, and still, these small mammals were able to undergo major species diversification, making it the smallest known island where one kind of mammal was able to speciate. Co-lead author of the recent paper in the Journal of Biogeography Lawrence Heaney commented:

The single most remarkable thing about planet Earth is there are so many species here, so much biodiversity. This is one of the few papers ever written to look at whether there’s a limit to how small an island can be for species diversification to occur, and it’s the only one looking at it in mammals. Mindoro is by far the smallest island on which we’ve seen this happen. 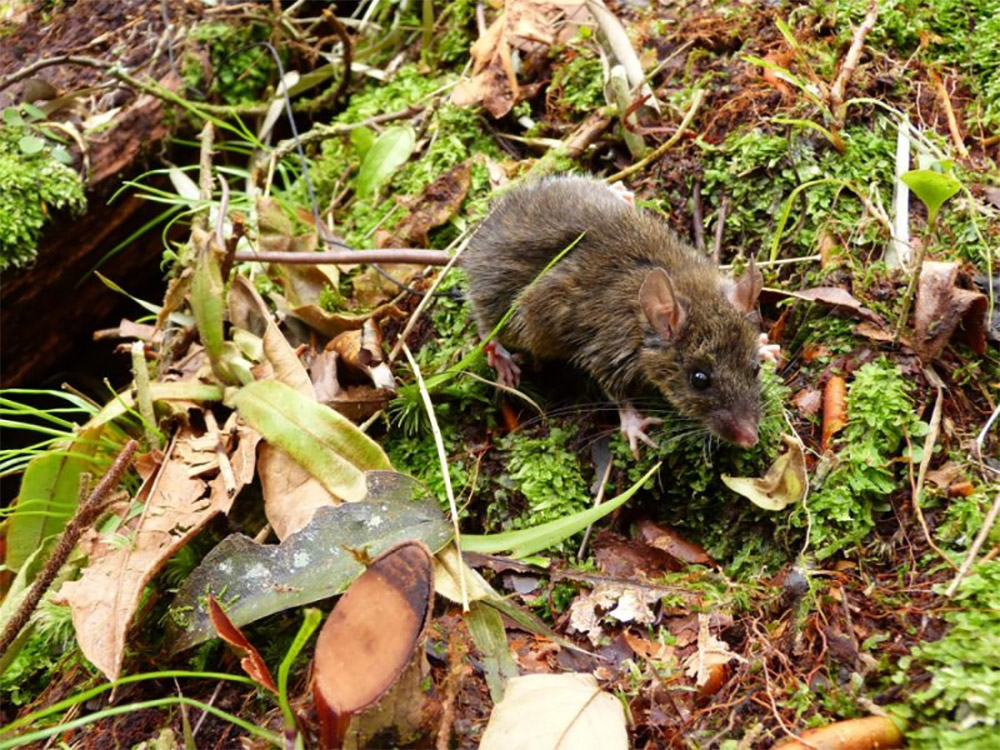 One of the worm-eating mouse species endemic to Mindoro. Credit: L. R. Heaney, The Field Museum

Previously, the smallest island where researchers know mammal species had diversified was Luzon, the largest island in the Philippines. This island is one of the biggest in the world and Heaney and his team wanted to prove that diversification has occurred on smaller islands. They headed to the tiny island of Mindoro, just across the channel from Luzon. After extensive fieldwork and DNA analysis, the team discovered that four species of earthworm mice, a group called Apomys that eat earthworms, seeds and fruit, were all separate species that evolved on Mindoro from a common ancestor. Heaney remarked:

The results are unambiguous — we’ve got four species of forest mice on Mindoro from one colonization event from Luzon about 2.8 million years ago. And three of those four mouse species are found on their own separate mountains.

The fact that four species evolved on this little island means that mammals can diversify in areas as small as Mindoro (4,082 square miles). This finding can have major implications for wildlife conservation because if four species of mice can evolve in an area that small, other small animals might be able to diversify in some wildlife preserves across the globe. This discovery contributes to intellectual frameworks for planning conservation areas, protecting native wildlife, and preserving biodiversity so that species can continue to evolve.

Featured photo: One of the many beaches on Mindoro, Philippines. Credit: Jun Acullador