Researchers discover that the Galápagos Land Iguana is providing an important ecological service by dispersing seeds of native vegetation.

People often think of mammals as contributors to the spread of plant seeds—they eat the seeds contained in the fruit and later leave them behind elsewhere, a phenomenon known as “seed dispersal.” But, not only mammals do this. On islands like the Galápagos, there is a lack of native mammals to perform this task; luckily reptiles can also provide this ecosystem service.

For years, researchers have understood that the Galápagos Giant Tortoise is crucial in the distribution of seeds throughout the island, but they have also speculated that there must be other species helping as well. Until now, there was little more than a theoretical idea that land iguanas, of which there are three species in the Galápagos, also take part in seed dispersal. 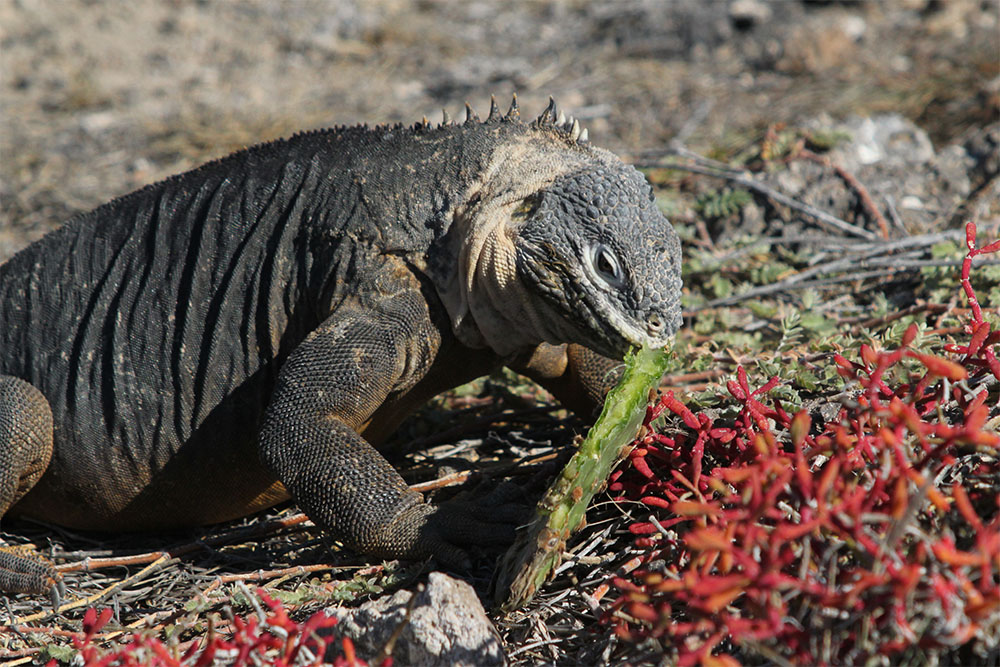 A recent study published in the journal Integrative Zoology looked into the land iguanas’ ability to disperse seeds and found that they do indeed perform this ecosystem service. On Fernandina Island in the Galápagos, the land iguana is responsible for the dispersal of both native and non-native seeds throughout the 642 km^2 land mass. The lead author of the study, Anna Traveset commented:

We knew that female iguanas on this island cover large distances, around 10 kilometers, and climb up to 1,500 meters of altitude to lay their eggs at the island’s volcanic crater.

The study took a look at samples of iguana feces and identified 5,705 seeds from 32 plant species within a one-year period. Although approximately 80% of the seeds are damaged through this process, the remaining 20% are completely viable. Traveset noted:

Considering the local abundance of land iguanas and the large amount of seeds ingested by these animals, even if only a small proportion germinates, they can be considered important for plant dissemination to new areas in this young island.

The researchers tested the whole seeds by planting them and determined that some plants appear to benefit from this process. The good news is that out of the seeds that make it through, approximately 63% belonged to native plant species and one-third of those were endemic. 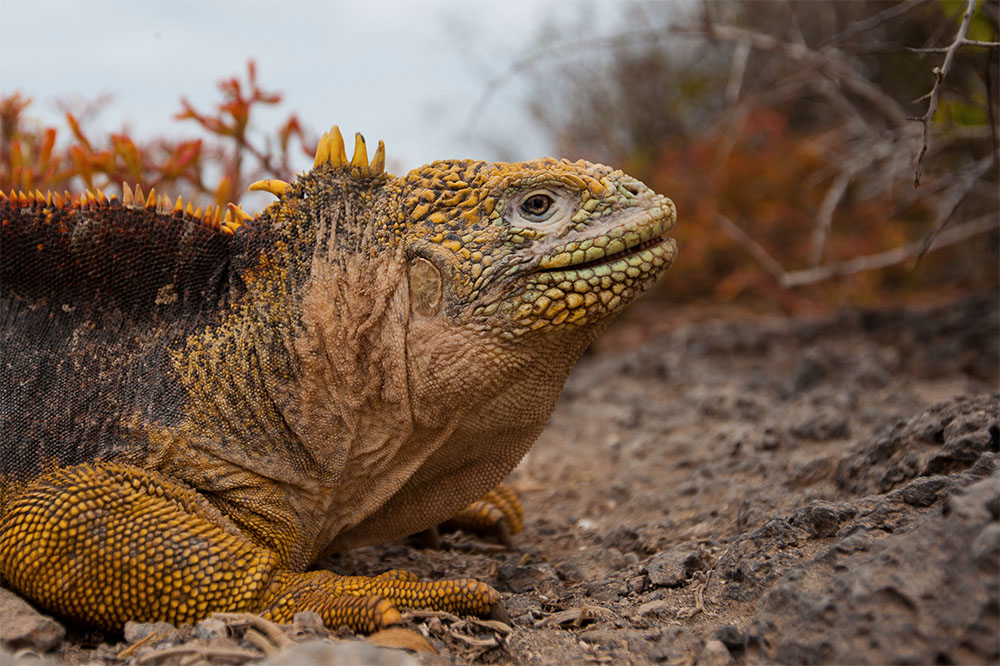 Turns out the Galápagos land iguanas and their feces are critical to the overall biodiversity of the islands. This finding highlights the necessity of conservation for Galápagos species that help to maintain the balances within a dynamic island ecosystem.