Researchers from the U.S. Geological Survey, Taronga Conservation Society Australia, The National Trust of Fiji, and NatureFiji-MareqetiViti have discovered the Gau Iguana, a new species.

In 1854, John McGillivray, a Scottish Naturalist aboard the HMS Herald, was the first to record encounters with native iguanas on Gau Island. Recently, scientists collected live iguanas and compared their findings to McGillivray’s journal. They also referred to photographic evidence with four relevant data collections: University of the South Pacific Herpetology Collection, Suva, Fiji and the British Museum of Natural History in London. 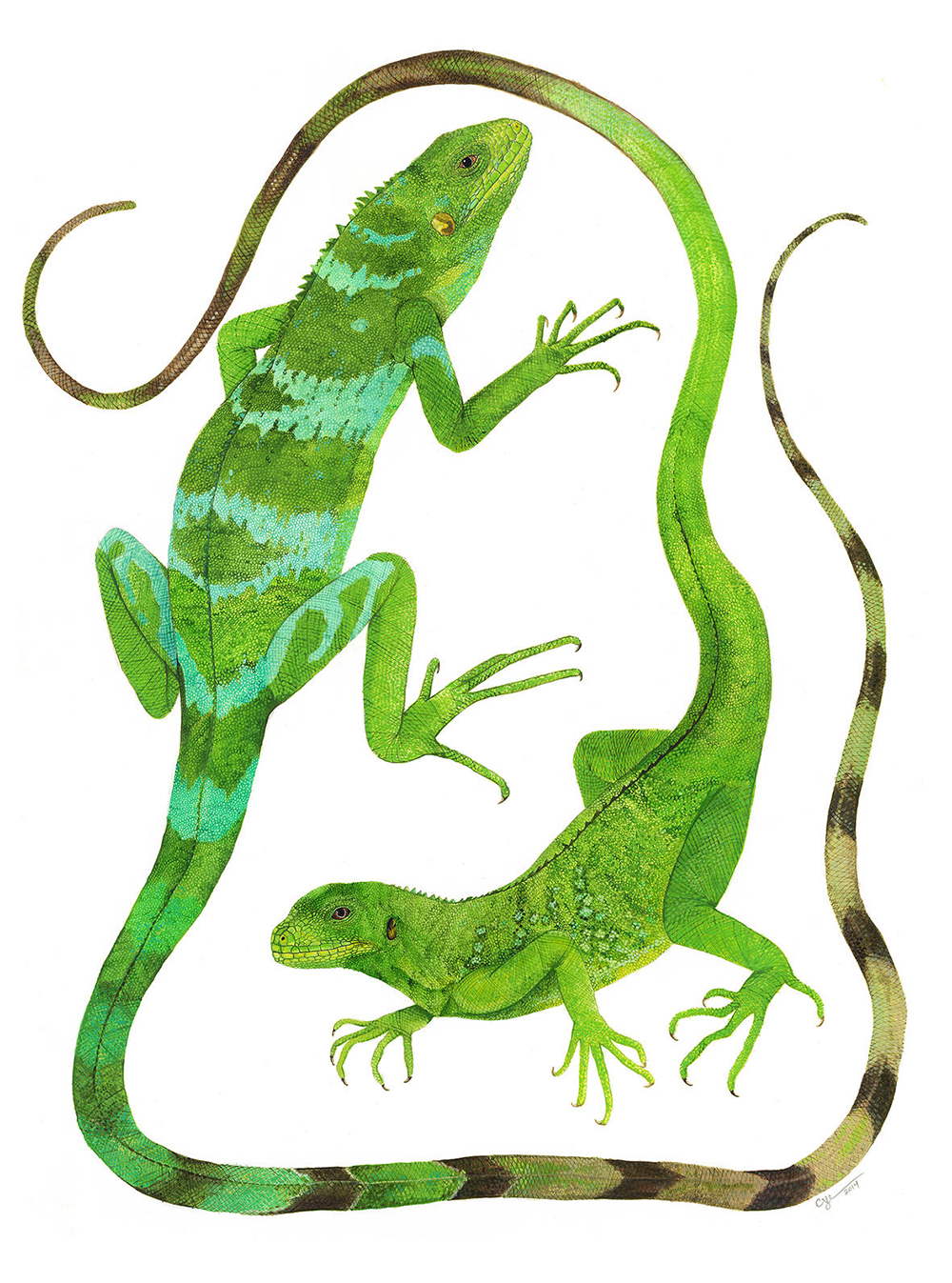 Researchers noticed striking differences in physical appearance when comparing the Gau Island Iguanas with other documented species. The new iguana features never-before-seen color patterns with solid green throats on both male and female. The Gau Iguana is now the smallest known iguana species in Fiji. Over 300 islands make up the Fiji Republic, and researchers believe that more discoveries will take place in the near future.

Robert Fisher, lead author of the study and research biologist with the USGS said:

These types of discoveries continue to surprise us in Fiji, where we are showing a much richer reptile fauna than was previously known to exist. 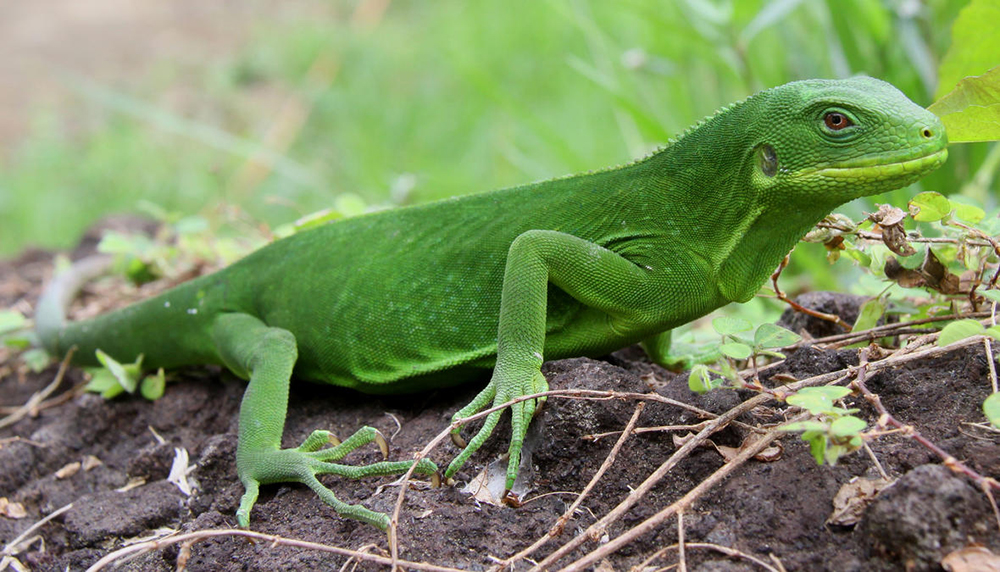 Native iguanas in Fiji currently face threats from invasive species, meaning this newly discovered species struggles to reproduce at healthy rates. Invasive mongoose, feral cats, rats, and goats threaten Fijian Iguanas; conserving the native species of Fiji is a high priority. In an article in the journal Zootaxa, scientists describe the Gau Iguana’s habitat as the large inland forests. Native lizard species on islands are especially vulnerable to invasive predator harm and habitat loss. Safeguarding the Gau Iguana from invasive predators will be necessary for this newly discovered native Iguana species to prevail. Further research will grant a better understanding of the Gau Island Iguana, and will expose areas where conservation effort is needed.