Island birds are at risk, but they are also resilient. Conservation can help prevent their extinction.

Brad Keitt, formerly with Island Conservation and now the Oceans and Islands Program Director at the American Bird Conservancy, explains that in the face of extinction, conservation provides hope for seabirds and native species on islands around the world.

Islands are home to a diversity of species. In many ways, they are unparalleled by other habitats around the world. These spots of land scattered throughout our world’s oceans are home to some of the rarest birds and hold 19% of avian biodiversity, but many island species are facing off with extinction.

Seabirds spend much of their time out on the open ocean and have evolved for millions of years to make migratory rest stops and nest on remote islands. Typically, the islands’ seabirds have no mammalian predators, which allows them to nest for longer periods of time than mainland birds and allows them to nest on the ground as opposed to their tree-nesting mainland counterparts. These behaviors have evolved over time and have worked well for a long time, but become extremely hazardous if predators make their way to the habitat. If, for example, human travel brings invasive species to islands, seabirds, which nest on the ground for long periods of time, become easy prey and lose critical nesting habitat. Brad Keitt explains:

“Island birds are simply ill-equipped to evade these unexpected neighbors: Think of the flightless Dodo from the island of Mauritius. Or the Laysan Finches that would, full of curiosity, land on my hat as I tried to count them.” 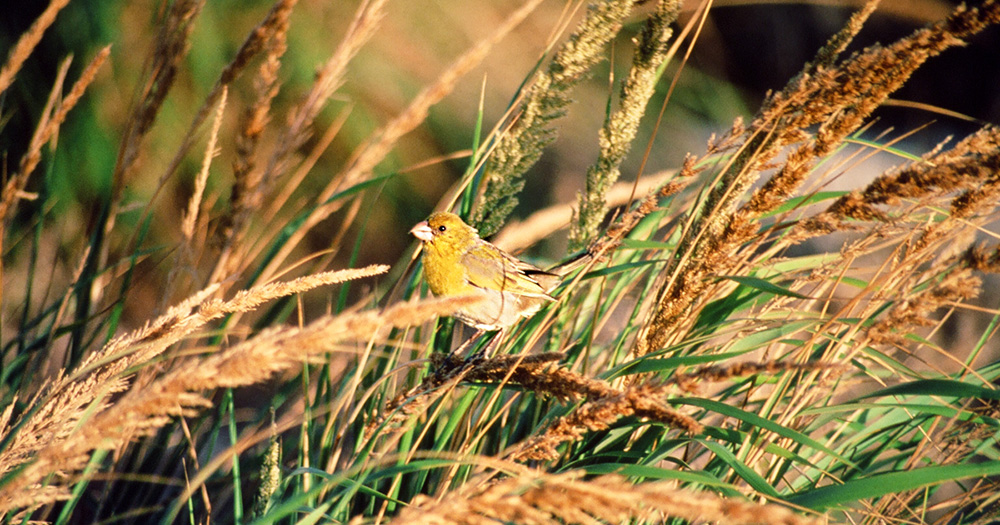 Over a century ago, Laysan Island, which is one of the northernmost Hawaiian Islands, lost three endemic species to extinction – the Laysan Millerbird, Laysan Honeycreeper, and Laysan Rail. Once the island was rid of invasive rabbits the remaining native wildlife recovered and conservationists were able to introduce a sub-species of the Millerbird, which helped fill the ecological void left by the extinct Millerbird, to Laysan Island. Now this sub-species of Millerbird is thriving and has helped the island recover by filling the ecological niche left behind by the extinction of the Laysan Millerbird. Keitt writes:

History tells us that islands are the epicenters of extinction. Yet we also have the tools and the knowledge to save island species and make them beacons of conservation success.

This is just one example of the resilience of island birds and not the only one. Seabirds living on Anacapa Island off the coast of California showed incredible recovery after the removal of invasive rats restored their nesting habitat. Now, thanks to conservation intervention in 2001-2003 by Island Conservation, Channel Islands National Park, California Department of Fish and Game, the U.S. Fish and Wildlife Service, and the National Oceanic and Atmospheric Administration, the Scripps’s Murrelet has been spared an “Endangered” listing. 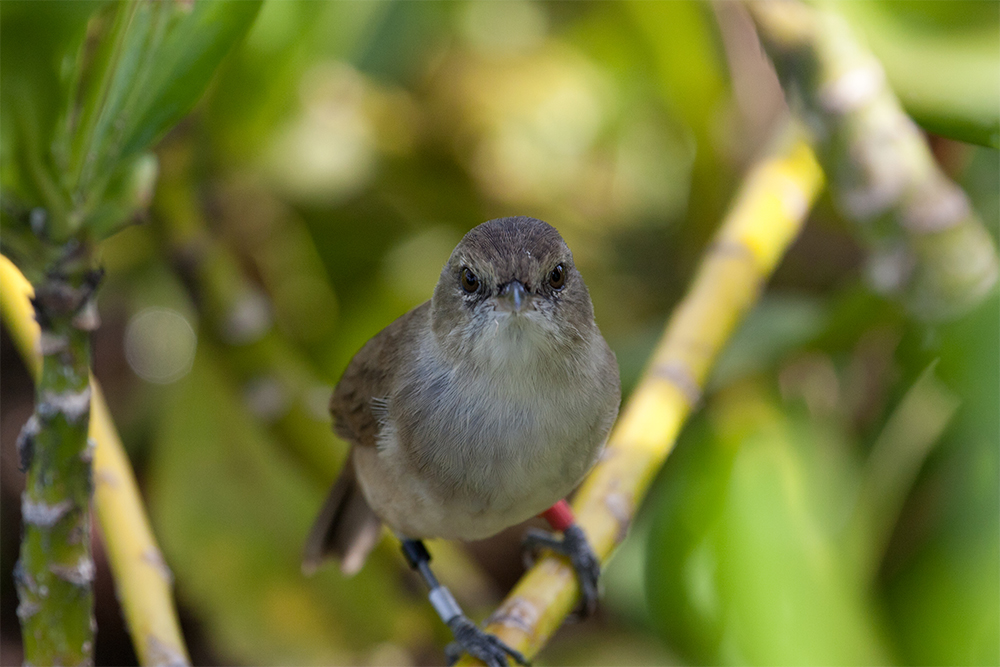 Conservationists translocated a sub-species of Millerbird from Nihoa Island to Laysan Island after the extinction of the Laysan Millerbird. Credit: R. Kohley/American Bird Conservancy & US Fish and Wildlife Service

Island Conservation, the American Bird Conservancy, and other partners are working together around the world to save rare and threatened seabirds. On Juan Fernández Islands in Chile, the removal of invasive predators is a vital first step in the conservation of the threatened Pink-footed Shearwater. And, in the Galápagos, we are working together to secure safe nesting habitat for the Critically Endangered Galápagos Petrel. Nick Holmes, Director of Science at Island Conservation commented:

Critically Endangered Galápagos Petrels are remarkable birds, travelling deep into the Pacific Ocean to feed, and dependent on handful of islands in the Galápagos to breed and raise their young. Island Conservation, the American Bird Conservancy and local seabird biologists working together to monitor Galápagos Petrels on Floreana, where 60% of the world population nest, to measure breeding productivity before and after the proposed cat and rat eradication. 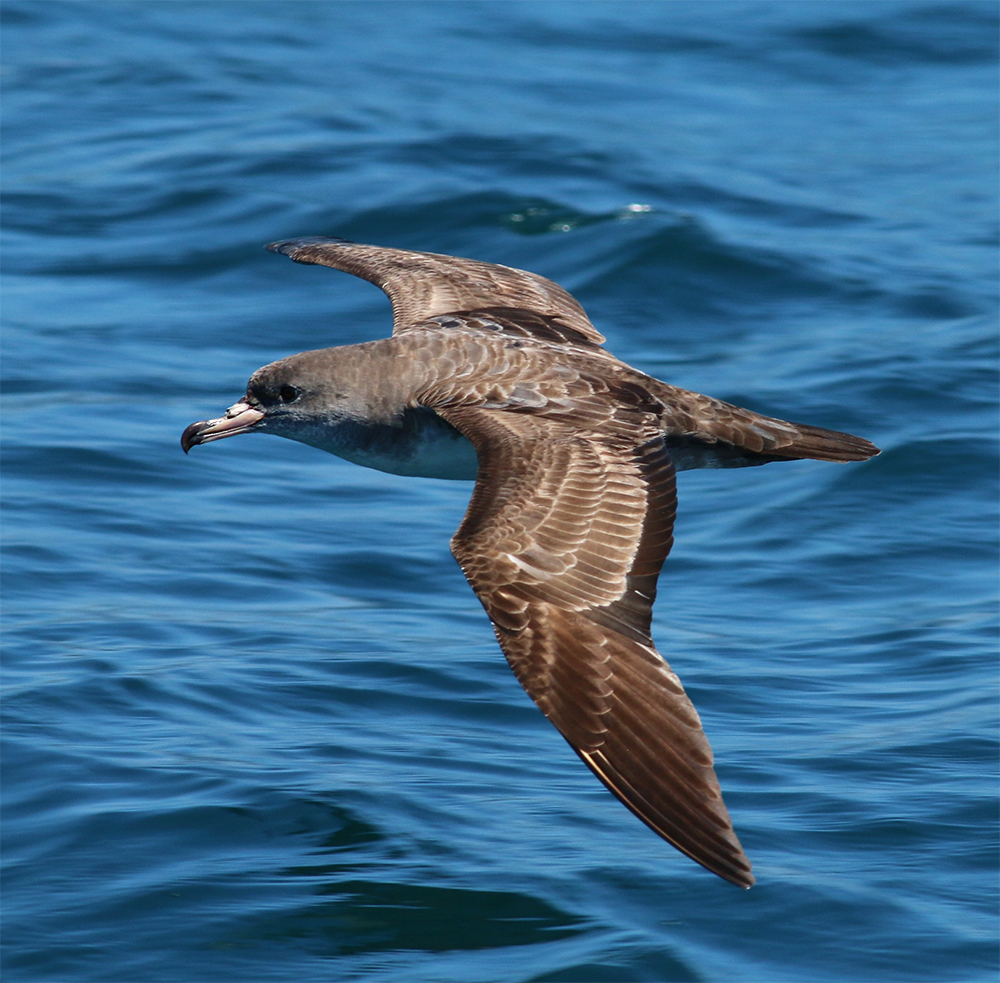 There is hope! Although many species seabirds are at risk of extinction today, tools are available to address this crisis. On many islands around the world it is possible to completely remove invasive species such as rats, feral cats, and mice that prey on and outcompete native species. Restoration projects around the world have contributed to steady advances in scientific research and technology, and these improvements are promising for the protection of global biodiversity. Conservation can not only prevent the extinction of island birds, but it can also help them to thrive once again.