The International Union for the Conservation of Nature’s proposed “Green List” would shift conversation to encourage the focus on the full recovery of a species–beyond preventing extinctions.

A critical intervention was needed in 2012 on Pinzón Island in the Galápagos to save the endemic (found nowhere else on Earth) Pinzón Giant Tortoise from extinction. Captive breeding efforts by the Charles Darwin Foundation kept the Extinct-in-the-wild species afloat, and habitat restoration—namely the removal of invasive, predatory rats from Pinzón Island that devoured tortoise eggs and hatchlings—allowed the tortoises to once again be able to raise young in the wild. Thanks to conservation efforts by Island Conservation and our partners, the Pinzón Tortoise didn’t go extinct, and was able to repopulate in its natural habitat.

But how is the species doing today? And how will it be doing in ten years? What do we need to do for this species now that its extinction has been averted, if anything? 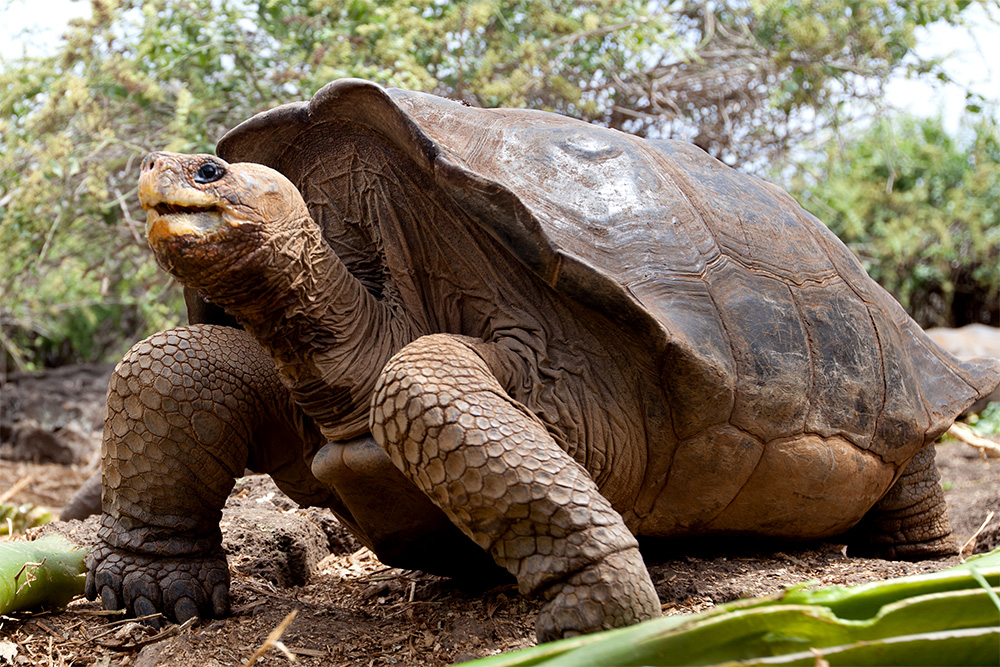 Up close with a Pinzón Giant Tortoise. Credit: Island Conservation

In early 2018 scientists and conservationists proposed a new framework for measuring and recording species’ conservation status. This “Green List” guides conservationists beyond species survival. It outlines the conservation actions needed to help a species not only avoid extinction, but also to recover as much as it possibly can. The list is not a replacement for the IUCN Red List, which classifies species in terms of extinction risk, but rather supplements it.

The Green List encourages conservation follow-through, which would help protect species that have received conservation support from relapsing. Presently, species on the road to recovery tend to lose funding as organizations and donors refocus from recovering species to species on the brink of extinction. The proposal emphasizes the importance of following through on conservation efforts to ensure the species can reach healthy population levels.

How do we measure recovery? The Green List tackles that too. The proposal defines ‘fully recovered’ in terms of viability, ecological functionality, and representation.

The Green List encourages a conservation mindset that goes further than “saving” species. It nudges conservation planning and action all the way to species recovery. It challenges us to aspire beyond the bare minimum goal of avoiding extinction, and helps us to imagine thriving populations of once-threatened species. When Island Conservation performs an intervention to save species like the Pinzón Giant Tortoise from extinction, we don’t envision moving on to the next project while the species hangs by a thread. We want look over our shoulders at the species we have saved and be inspired onward by a healthy, thriving population. Knowing what it takes to help a species flourish is crucial to carrying out meaningful conservation action. 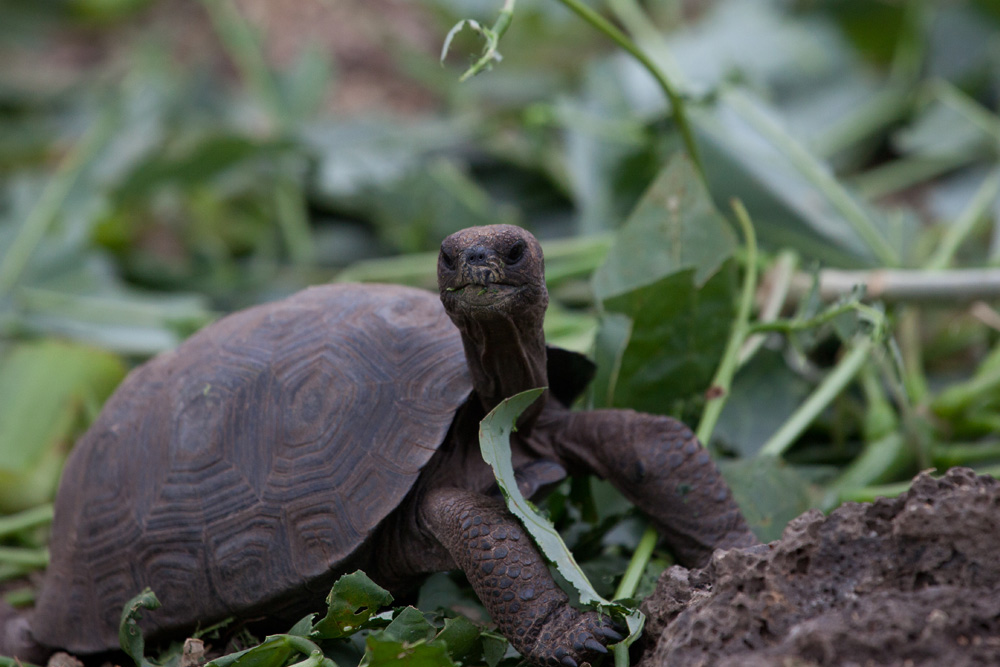 The introduction of the Green List would trigger research needed to fill in these conservation metric blanks. Barney Long, Director of Species Conservation at the NGO Global Wildlife Conservation said:

We now have to conduct extensive testing with many different species across the world’s habitats, from long lived trees to insects that live only a few days, from wide-ranging birds to fungi that are only found in one site. We also need to test on terrestrial marine and freshwater species. Only with such extensive testing will we find a system that works for all species.

Furthermore, the Green List could provide guidance for how conservation organizations with different skill sets could partner and communicate to support a species continued recovery. For example, Island Conservation’s work is the removal of invasive species from islands. Our biologists perform a one-time intervention and then conduct monitoring to see how threatened species are responding. For some species, it is plausible that other forms of conservation support, such as captive breeding or habitat stewardship, could be appropriate following such an intervention. Being able to measure recovery by the Green List’s standards would help conservationists identify where their work is needed.

An optimistic mentality is central in conservation work, and the Green List signals a formalized shift toward just the kind of attitude our planet’s species need us to take. This hopeful attitude focused on conservation success has long been embraced at Island Conservation. The work of preventing extinctions requires significant mental fortitude, and it would not be possible to achieve great results without an underlying hope for and vision of a future filled with thriving island wildlife.

The power of a hopeful mindset

We took action to save Pinzón Giant Tortoise because we are inspired by a vision of Earth enhanced and enriched by the Pinzón Giant Tortoises flourishing: baby tortoises taking their first steps. Lumbering giants enlivening the forest floor and cooling off in mud holes. Nests filled with eggs safe from predators. Wild Pinzón Tortoises born outside of cages. And today, that’s what we have. And that’s what we want to have tomorrow, and in ten years, and beyond. The Green List can help us work together to build on our conservation success, ensuring the long term health of the species we work so hard to save. 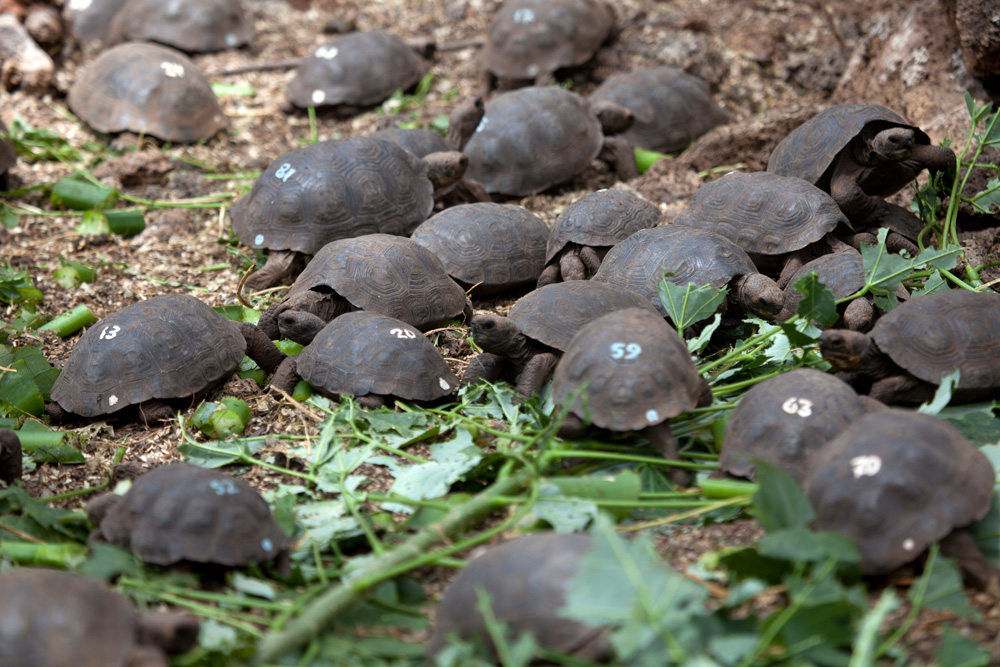 When we see species flourishing, we begin to see it as a real possibility for many species on the brink of extinction in the future. Then, we can take steps to make that future real. We’re excited to see how the Green List will guide and inspire powerful conservation efforts that lead species from the brink of extinction to peak health. We’re excited to celebrate species not surviving, but thriving.