The population of the Lesser Antillean Iguana has declined by over 70% since European contact, an alarming rate that puts the species closer to extinction.

The Caribbean is known for idyllic beaches and lush palm trees where people can get away to relax and enjoy the sun. However, the Caribbean islands are more than just a nice vacation destination; they comprise a biodiversity hotspot that supports many exceptionally diverse ecosystems with a wide range of plants and animals. While many of the regions’ wildlife are thriving, some native species, such as the Lesser Antillean Iguana, need conservationists’ help. 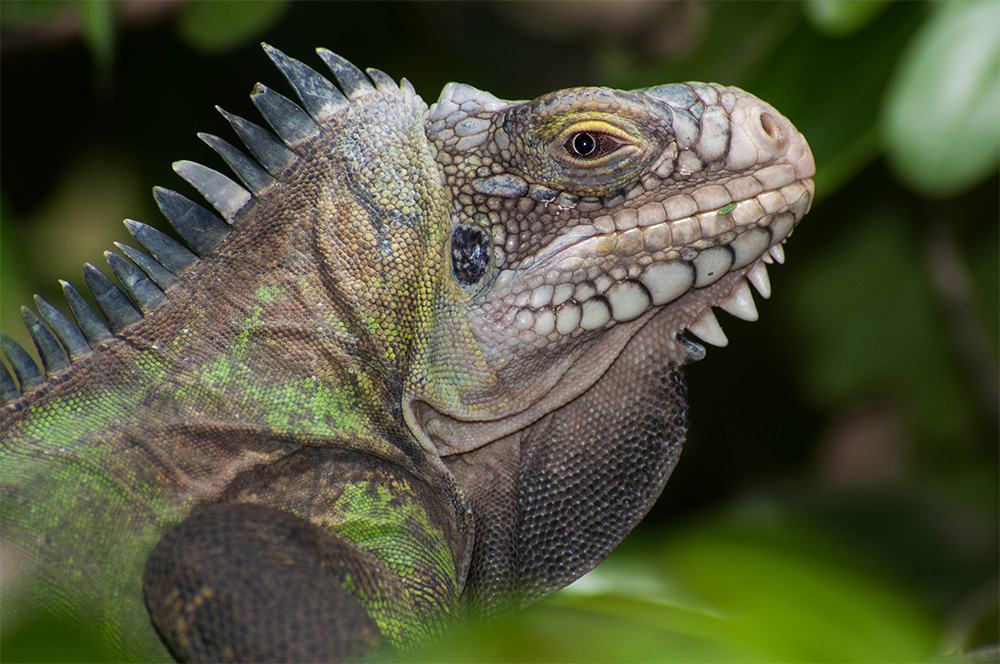 The Lesser Antillean Iguana is recognized as Endangered on the IUCN Red List and has become extirpated from many islands such as Antigua and Barbuda, Saint Martin, and Saint Kitts and Nevis. The Lesser Antillean iguana can still be found on Anguilla, Saint Eustatius, Saint Barths, Martinique, Guadeloupe, and Dominica. Sadly the overall population is still disappearing at an alarming rate. This is largely due to the presence of invasive species such as feral cats, dogs, mongoose, and the Green Iguana. The Green Iguana is originally from Central America but since coming to the Caribbean, they have begun to interbreed with native iguanas, diluting the native species’ genetic makeup and producing hybrids. Feral cats, dogs and mongoose are all introduced predators that prey on the native iguanas, killing many every year. 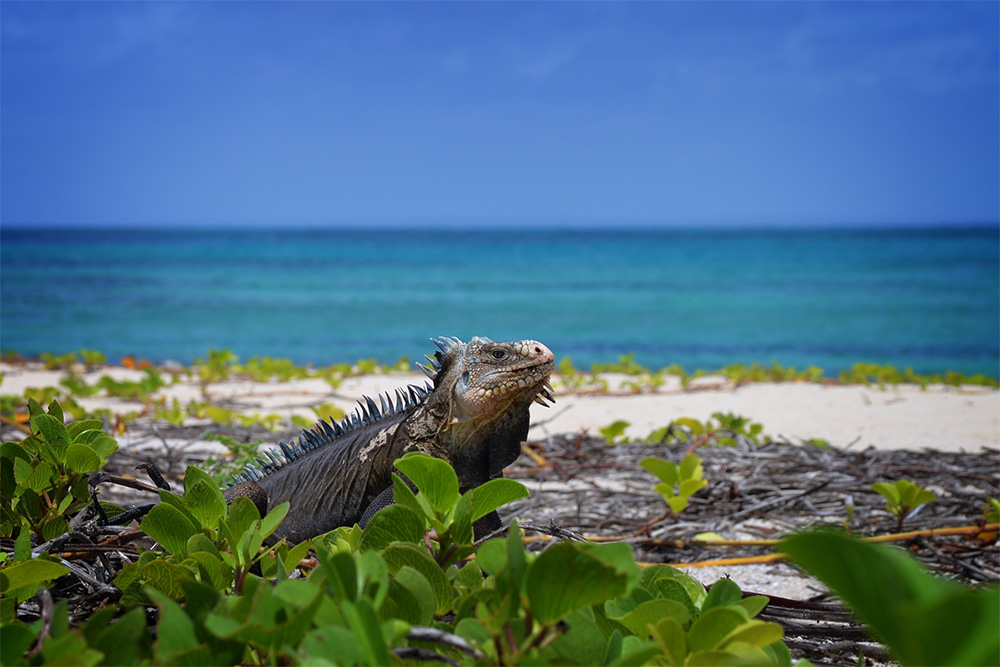 The Lesser Antillean Iguana is also at risk habitat loss. Crucial areas are being cleared to support the tourism industry and iguana habitat is becoming fragmented as a result. Roads are also being built through crucial habitat; cars present a serious danger to native iguanas. With all these threats, officials realized there was an urgent need for conservation.

Recently, representatives from Anguilla, Saint Barths, and Saint Eustatius met with the BEST Initiative (European Commission), Fauna & Flora International (FFI), and Durrell Wildlife Conservation Trust in hopes of creating a strategy to protect their native iguanas. They discussed the threats the Lesser Antillean Iguanas face and how to cope with these problems. A set of actions were established and will be implemented over the next few years with the goal of increasing the Lesser Antillean Iguana population. Already there is a reintroduction program under way with the hopes that purebred Lesser Antillean Iguanas can regenerate their populations and make a comeback in the wild.