A new species of diving petrel has been found on Whenua Hou off the coast of Stewart Island in Southern New Zealand.

The bird was named the Whenua Hou Diving Petrel (Pelecanoides whenuahouensis sp. nov). So far the entire population has been estimated at 250 birds, all living on a 1 km sand strip.

This exciting discovery is the result of a joint research project between the New Zealand Department of Conservation (DOC), Victoria University of Wellington, the Museum of New Zealand Te Papa Tongarewa and the Chizé Centre for Biological Studies in France. According to Victoria University student Johannes Fischer, who worked on the project for his Master’s thesis, the researchers compared birds from the Whenua Hou population with museum specimens from all over the world to find the differences. Fischer commented:

Until now, it was assumed this was a population of South Georgian Diving Petrels. However, we discovered differences in the birds’ size, shape and color. They’re also the only diving petrel known to breed entirely within a sand dune environment. Together, these differences are enough to identify them as a separate species based on the IUCN Red List of Threatened Species criteria.” 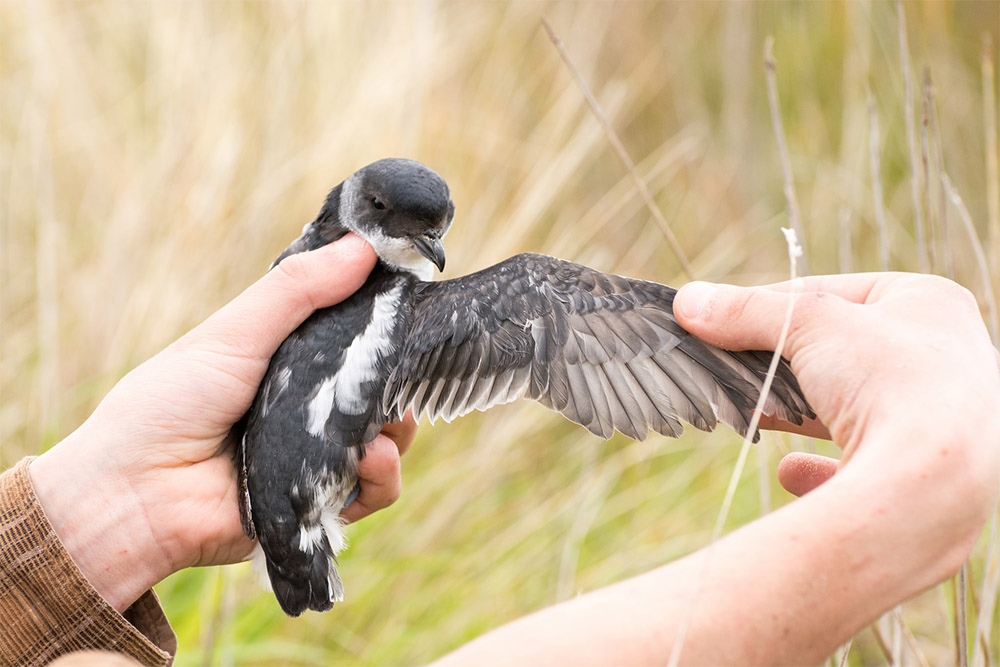 In order to come up with a name for the new species, Fischer worked with representatives from Southland’s four Ngāi Tahu rūnanga. Department of Conservation seabird researchers Dr. Igor Debski and Graeme Taylor were very involved in the research with Fischer and are now working on a conservation plan. Even before being recognized as a new species, the petrels were viewed as a threatened population. Taylor said:

Although the island is predator free, and the birds are safe from predation, there are still large threats facing this small population. Sand dunes are particularly vulnerable to erosion and turbulent seas have cut away much of their habitat. Climate change and storm surges also threaten the species’ survival.”

The researchers believe that the species survival will depend on vigilant biosecurity to prevent invasive species from reaching the island. Limiting human activity will also help preserve the fragile sand dune ecosystem. Fischer plans on continuing monitoring as part of his PhD research. Hopefully as detailed knowledge is gained, conservationists will be able to establish effective protection measures that will help the species thrive.