Five Lord Howe Stick Insect eggs are a sign of hope for the future success of the Critically Endangered species that was once believed to be extinct.

Slowly but surely the number of Lord Howe Stick Insects is growing. The large “Tree Lobster,” which was once believed to be extinct, has persisted with a low population size, but after years of efforts to boost their numbers, conservationists are seeing signs of success. Zookeepers at the Bristol Zoo have recently found five eggs that signal hope for the survival and recovery of the species. 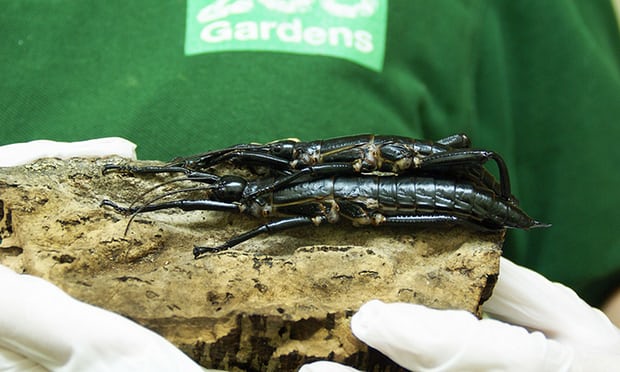 Lord Howe Island Stick Insects at Bristol zoo. This is the first time outside of Australia that a second generation of eggs has been produced. Photograph: Mark Bushell/Bristol Zoo Gardens/PA

The large Stick Insects are native to their namesake island and the nearby Ball’s Pyramid island. They are no longer found on Lord Howe due to predation by invasive rats. For decades the species was presumed extinct until researchers made some exciting six-legged discoveries on Ball’s Pyramid in 2001. Some of these individuals were taken into captivity to help boost the population. Bristol Zoo has now been home to three generations of Lord Howe Stick Insects and with each cycle, the rates of survival are improving. Mark Bushell, curator of invertebrates commented:

We have been tirelessly working with this Critically Endangered species for two years now, and to have achieved this success after such a lot of hard work and dedication is truly fantastic. It is certainly one of our biggest achievements in the seven years that I have been working in the zoo’s invertebrate department and a huge boost to the European captive breeding program for this species. 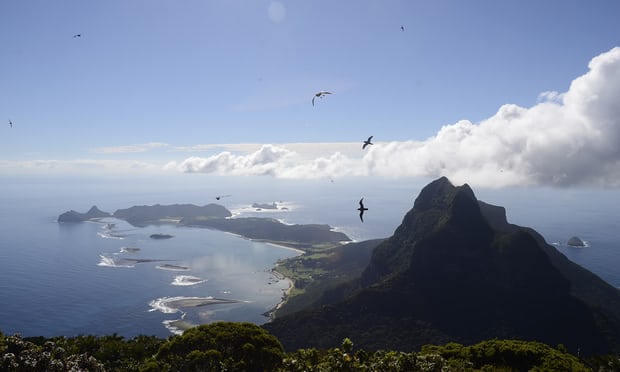 The captive breeding program is just one aspect of conservation efforts that are underway to protect the Lord Howe Stick Insect. Conservation efforts are planned for 2018 to remove invasive rats from the island to ensure the future success of this and other native species. Removing the invasive predator that drove the Stick Insect to local extinction in the first place offers hope that some day soon, this species could return to Lord Howe Island. Conservationists around the world are hopeful for the future of the Stick Insect and are excited for their eventual return to Lord Howe Island.