The Antillean Mango Hummingbird is native to Hispaniola, Puerto Rico, and the Virgin Islands. 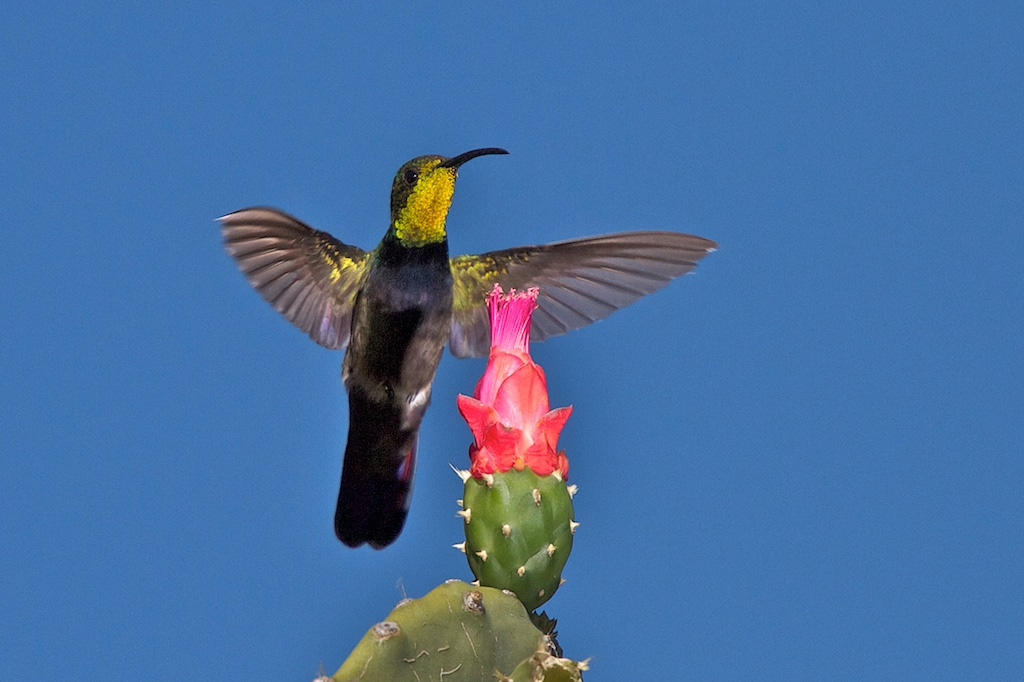 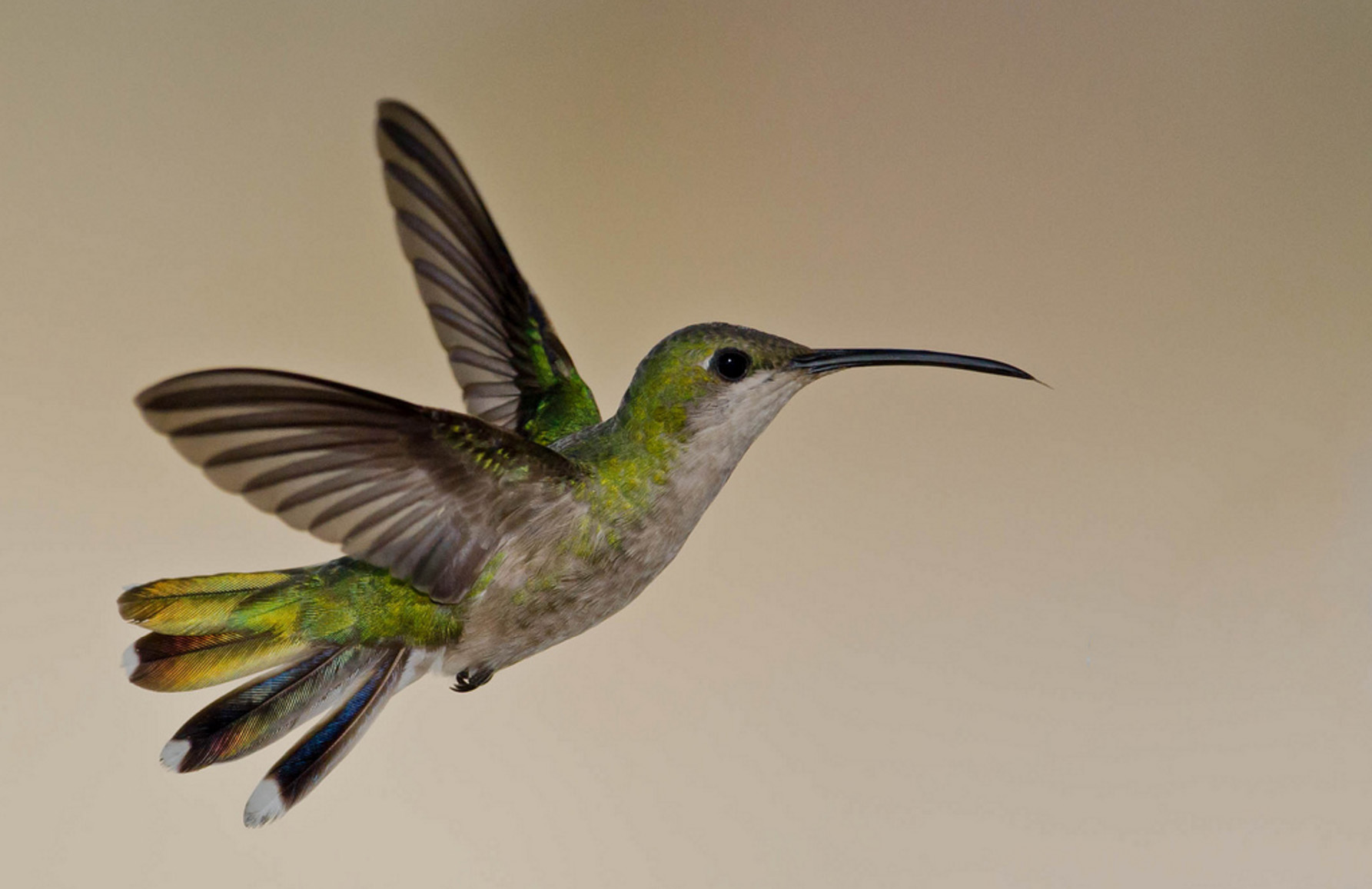 When the female builds her nest, she lines a cup-shaped structure out of soft, woven plant fibers, animal hair, and feather down, and then strengthens it with spider webbing and other sticky material. This gives the nest an elastic quality, allowing it to stretch to double its size as the chicks grow.