The second phase of the research project on the diversity of endemic Galápagos snakes has begun.

In November of 2016, the Galápagos National Park Directorate of the Ministry of Environment of Ecuador, Island Conservation, and the University of Massey, New Zealand, started the second phase of a project on the diversity of a group of endemic reptiles that has not been studied that much: Galápagos snakes. This study aims to evaluate the taxonomy and distribution of the snakes based on morphological and genetic analyzes. There are seven known species of snakes in the archipelago, however there is little knowledge of their morphological and genetic variability. Dr. Luis Ortiz-Catderal, professor of Massey University and leader of the project noted:

A better understanding of the number of species of snakes and their distribution is crucial for an integrated management of the biodiversity of the Galápagos Islands. 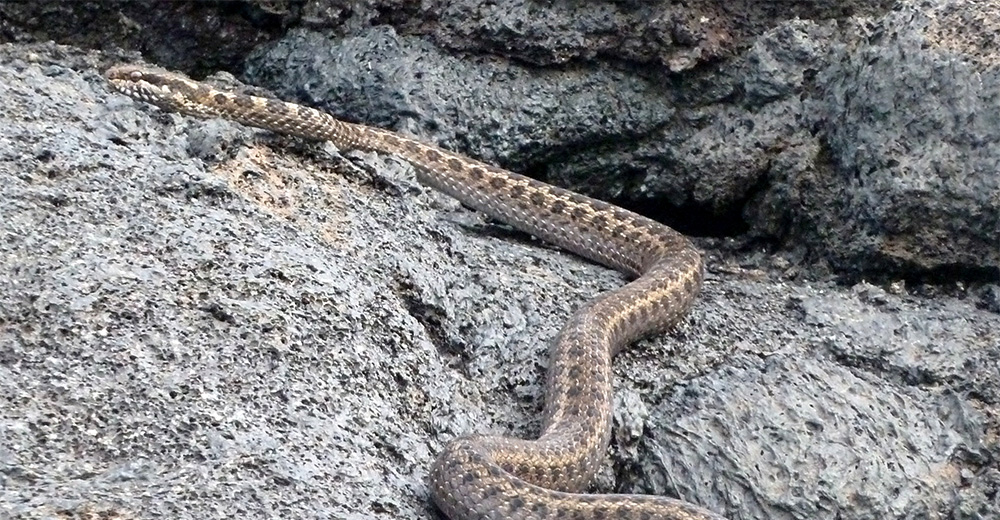 In its first phase (November-December 2015), this study obtained morphological and population data on the Champion and Gardner-by-Floreana islets, where it is estimated that there are about 1,200 specimens of the Floreana snake, also known as “Galápagos Racer” (Pseudalsophis biserialis biserialis).

The second phase included an expedition to Fernandina where they obtained data on Pseudalsophis occidentalis, P. slevini and a brief expedition to Rábida, where data on the P. dorsalis was obtained. Paula Castaño, Restoration Specialist for Island Conservation said:

A clear understanding of taxonomy allows us to guide the reintroduction programs such as those proposed under the Floreana Island Ecological Restoration Project. However, in order to reintroduce this and other species that were eradicated from the islands by invasive species, such as rodents and cats, we must first eliminate the threat posed by the invasive species.