Smithsonian features Island Conservation and partners’ efforts to restore Floreana Island. Genetic testing has proven the existence of remnant populations of Floreana Tortoises on Wolf Island that could one day return to Floreana–if the island is restored.

Conservationists are on a mission to bring back the Floreana Tortoise from extinction. Galápagos Giant Tortoises evolved on separate islands as distinct species adapted to the particular climate and resources available within their natural range. The Floreana Tortoise had a distinct saddleback-shaped shell, which allowed its neck to extend—a necessary trait for reaching food higher off the ground during dry months.

Floreana Tortoises, like many species of Galápagos tortoises, were driven to extinction by hunting and invasive rats, which feed on hatchlings. Researchers believe that the last Floreana Giant Tortoise had been driven to extinction shortly after Darwin visited the island in 1835. Paula Castaño, a Restoration Specialist at Island Conservation commented:

The majority of extinctions occur on islands with animals with invasive species. 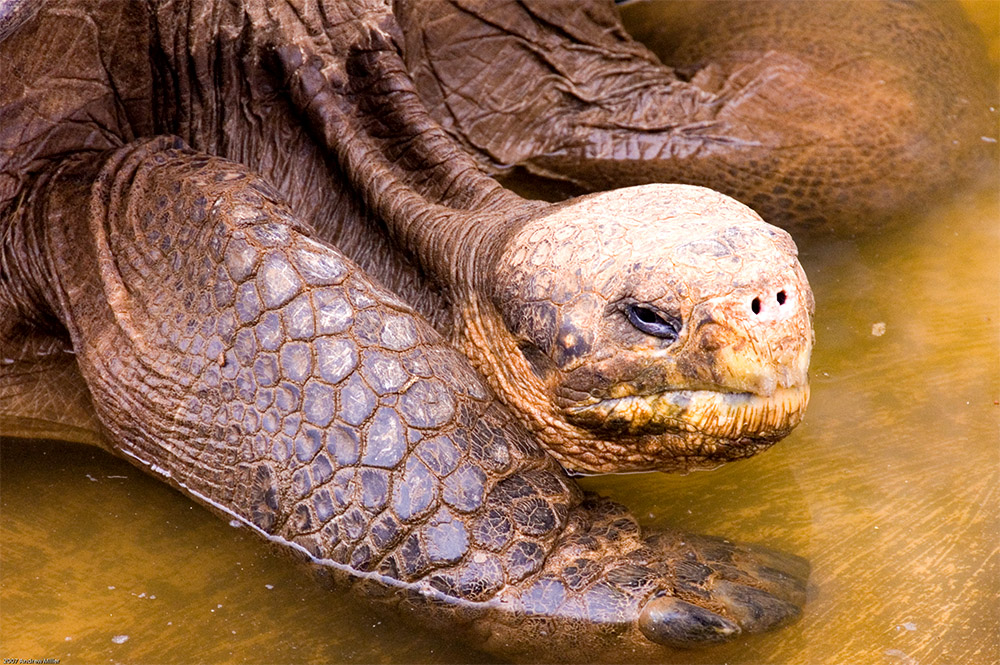 However, on Wolf Island, a small volcanic island 200 miles away from Floreana, researcher Gisella Caccone and her team have been collecting blood samples of individual tortoises that had been abandoned on the island by pirates and buccaneers with too much cargo.

Some of these abandoned tortoises appear to have the saddle-back shells that are unique to the Floreana and Pinta tortoises. However, because appearances can be deceiving, especially when trying to identify species, researchers needed to establish a baseline by comparing the DNA collected from Wolf Island to specimens preserved in Natural History Museums. Caccone and her team found a number of individuals carrying Floreana Tortoise genes. Next researchers are working to create a captive breeding program by starting with the individuals with the greatest expression of Floreana Tortoise genes. 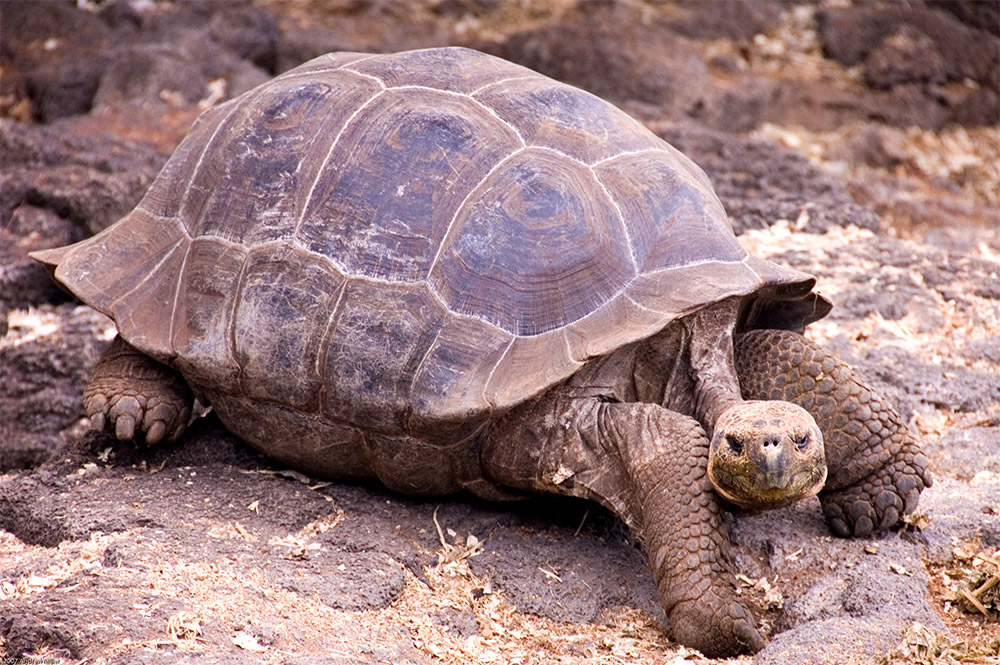 Floreana Tortoises have a distinctive saddle-back shell while other species have a dome-shaped shell. Credit: Andrew Miller

Although bringing the species back through a captive breeding program is vital, it is not the only step in the process to restore Floreana Island. Island Conservation and partners are currently working to remove invasive rats, which threaten Floreana’s native wildlife with extinction. Removing invasive predators is a crucial step that must be taken before the tortoises can return to the wild. Island Conservation’s Floreana Project Facilitator Gloria Salvador explained:

Island Conservation and partners are hopeful for the return of the Floreana Tortoise to the island. The species is vital to the island’s biodiversity and the variety of native vegetation that grows there.