One bird at a time: conservationists are raising a newly hatched Kiwi chick in an effort to save the species from extinction.

New Zealand’s iconic Kiwi bird is triggering considerable conservation efforts; many organizations are working hard to protect this small flightless bird, and the efforts have recently been rewarded. A newly hatched chick at the Kiwi Encounter hatchery in Rotorua has conservationists excited. The Brown Kiwi chick hatched after spending three weeks in an incubator at the facility.

The egg was collected from the wild after the father abandoned the nest. Conservationists were monitoring the nest where the new chick was in the Otanewainuku forest; a chick transmitter informed them when the father left the nest. Conservation volunteers stepped in, located the nest, and extracted the egg before it got too cold. If the egg is left unattended for more than 12 hours, it will not survive. 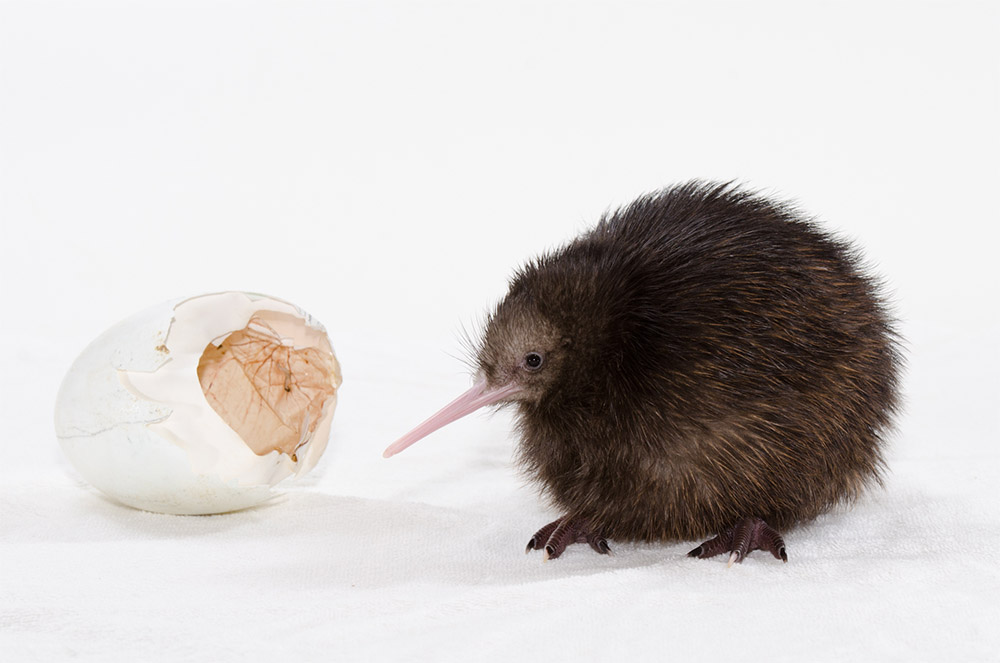 The chick hatched Friday September 29th with human assistance–the bird’s legs were crossed over its chest, making it difficult to break free. Now that the chick is hatched, it will stay at the facility until it is about three times its current weight, at which point it will be released into a Kiwi nursery and eventually its forest home.

Conservation measures at this level of detail are currently necessary for the continued survival of the native Kiwi species; at the root of the Kiwis’ problems are invasive species. The introduction of invasive predators such as rats, stoats, and possums to New Zealand has largely contributed to decline in Kiwi populations. These acute conservation efforts are keeping the species afloat until the time New Zealand is able to carry out their Predator Free 2050 initiative, which aims to remove invasive species from Kiwi habitat. If the project succeeds, Kiwi will be significantly less dependent on human intervention.