Robinson Crusoe Island is home to people and wildlife alike. Partnerships are at work to fulfill the needs of both the native ecosystem and the local community.

I was not born on Robinson Crusoe Island, but my heart belongs to it. My parents raised me on Robinson Crusoe, Chile since I was a little boy, and their rearing always included the importance of conservation and how to take care of island ecosystems. Even as a small child I escorted my father to see his cattle at Villagra Valley; he taught me to love the animals. Ever since then I have thought about how to create a friendly relationship between Robinson Crusoe Island’s endemic ecosystem and domestic animals. Due to this curiosity, I became a Veterinary Technician and I work during the summer with Island Conservation creating awareness about animal welfare, how to be a responsible pet owner, and how to take care of the island’s endemic flora and fauna. Currently I am studying agricultural engineering in order to complement my Veterinary Technician degree, and in the future to be able to work on the conservation and treatment of the island’s prairies.

I was not born on the Island, but my heart belongs to it. 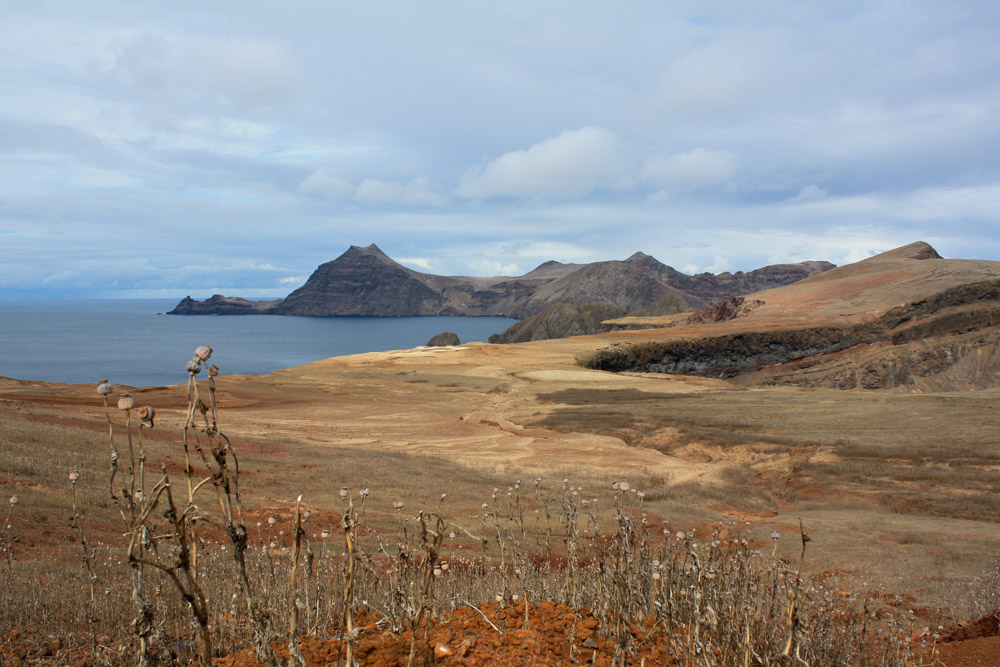 Cattle have been present on the island for a very long time. Cattle production started in the archipelago during the XIX century, when Alfred von Rodt rented it out from the Chilean government. His objective was to promote economic development by farming, cattle-ranching, and the exploitation of marine resources, such as lobster. According to von Rodt’s journals, towards the end of 1870 there were 100 cattle and 60 horses in the Island, and only 56 inhabitants, who along with Alfred, didn’t take into account the island’s ecosystem conservation. Since those days Juan Fernández archipelago has had cattle production, mainly for beef.

At present, there are close to 150 cattle distributed among three sectors on Robinson Crusoe Island: Piedra Agujereada, Villagra Valley, and Puerto Inglés (all of which are national park). Overgrazing is one of the main problems on the Island caused by cattle-ranching; overgrazing makes soil compact and easy to erode. The same problem is caused on prairies by the invasive rabbit population. This is the reason why the island’s ranching association wants to contribute to the eradication of this species and to control “murtilla” (Ugni molinae), an invasive species introduced to the archipelago. 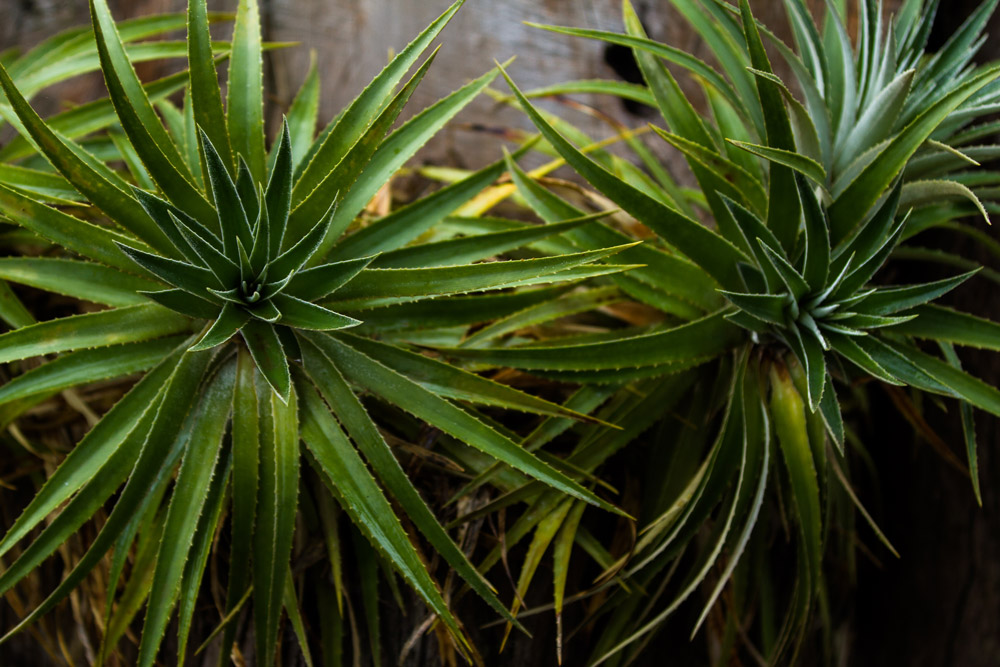 Despite the fact that the archipelago has serious issues with erosion and exotic invasive species, there are tangible solutions. The impact on prairies and the ecosystem’s deterioration could greatly be diminished through the control of the invasive rabbit population, keeping cattle inside corrals, and stopping the dispersal of “murtilla” and “cicuta.”

One of the most important recent successes was the approval by the Municipal Council to implement responsible animal ownership on November 10th, 2015. In collaboration with Island Conservation, all domestic animals found on the island were registered (dogs, cats, cattle, horses, and domestic fowl), and an education program for responsible pet tenure was put into action. The aim of this by-law is to raise animal care and public health consciousness. It also aspires to protect the Island’s endemic species, acknowledging and being aware of where they are located, and encouraging the conservation of our environmental heritage.

The aim of this by-law is to raise animal care and public health consciousness. It also aspires to protect the island’s endemic species. 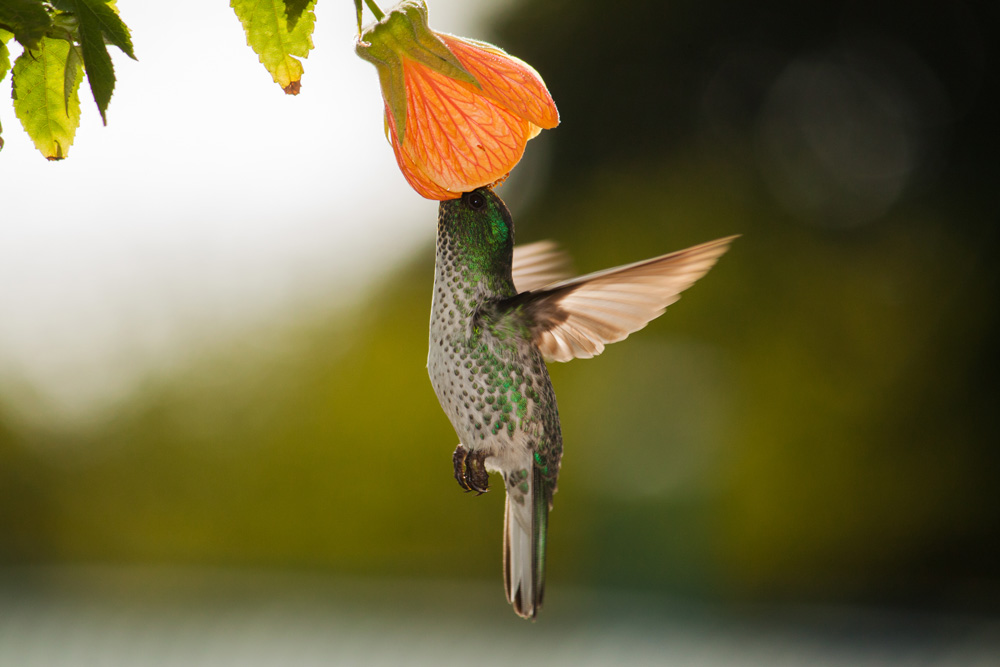 The Critically Endangered Juan Fernández Firecrown lives on Robinson Crusoe Island and nowhere else in the world. Credit: Island Conservation

Additionally, the island’s Cattle-ranching Association began this year to enroll their cattle at the Municipality. The SAG (Agriculture and Cattle-ranching Service, in Spanish) also helped by taking blood samples to determine if there was any disease that could be passed on to humans (zoonosis) and provided the DIIO (Official Individual Identification Device). The CONAF (National Forestry Corporation), members of the municipality, and the NGO Island Conservation came together to offer support for the registration of the animals, and the administration of anti-parasites and vitamins for the cattle.

For the residents, cattle production is not a largely exploited activity since the main income for islanders comes from lobster capture. Cattle-ranching is almost a recreational activity; in fact during summer, cultural events such as the “Villagra Rodeo” are organized where cattle is marked and a census is carried out. Lately, anti-parasites and vitamins are also distributed among the owners to promote a proper sanitary management.

One of the goals of the Cattle-ranching Association and myself is to reach a sustainable production of cattle that agrees with and is friendly to the island’s ecosystems, and that promotes its conservation. What I would like the most in the near future is for the island’s cattle-ranching to be a source of income and become as important as the lobster fishery for the community of Juan Fernández. It would be amazing if beef from the archipelago could be exported as the result of a sustainable production running hand-in-hand with the environment. 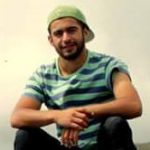 I am a Veterinarian Technician by profession and am currently studying Agricultural Engineering. I was raised on an island with one of the highest percentages of endemic species on Earth. This has inspired me from a very young age to protect and conserve the ecosystems of the Juan Fernández Archipelago.