Native Blue Iguanas of the Cayman Islands are threatened by a deadly disease believed to be passed from the Invasive Green Iguana.

On the Cayman Islands in the Caribbean, two iguana species–one green and one blue–roam the beaches and streets. The problem: the green one is invasive and the blue one is native and listed as Endangered on the IUCN Red List. The invasive Green Iguana is not the only invasive species on the island that threatens the native Blue Iguana; invasive feral cats also threaten the species. Now conservationists have found a new cause for concern: Blue Iguanas in the Queen Elizabeth II Botanic Park have contracted a disease.

Over the past two years, 14 Blue Iguanas residing in the Queen Elizabeth II Botanic Park have died of a mysterious disease.  No new cases have occurred in the past six months, but conservationists are concerned that the Invasive Green Iguana might be responsible.

The disease is caused by a Helicobacter bacteria believed to be passed from the Green Iguana. Although the theory of the Green Iguana as a vector has not yet been confirmed, researchers think it is the most plausible scenario. 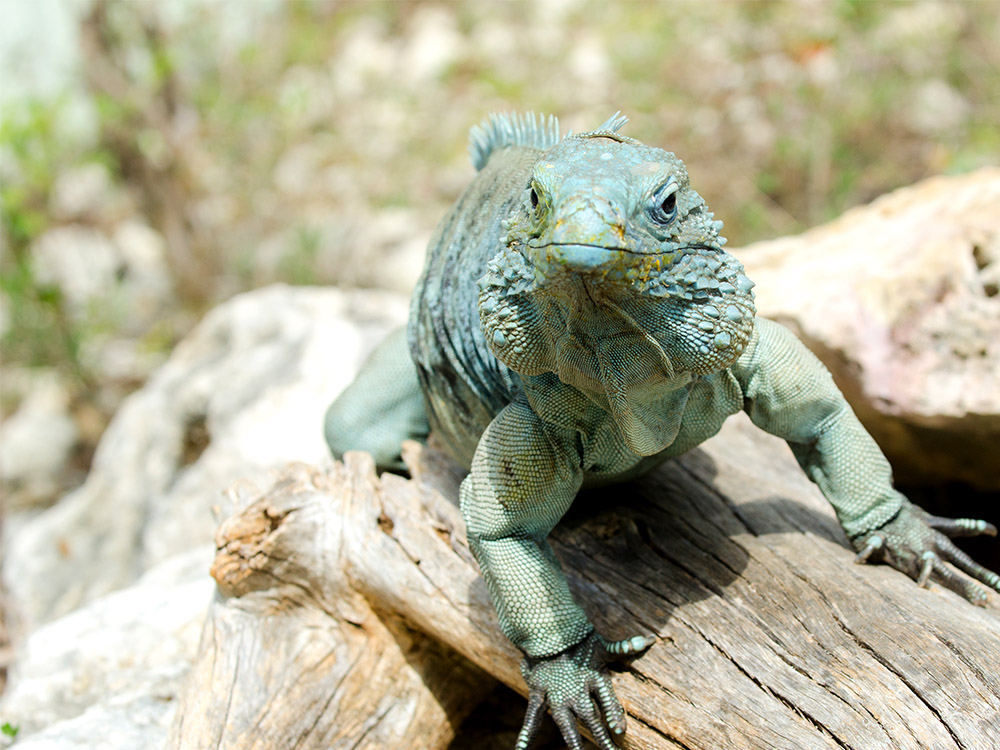 The new and poorly understood threat to the native Blue Iguanas is concerning for the conservation programs that are already in place. Although these current programs have been successful in maintaining the population, more work needs to be done. Karen Ford, the Environmental Field Officer for the Blue Iguana Recovery Programme commented:

The threats that were there 20 years ago are still here and even more so today than they were before. The Blue Iguanas will always have to be under some sort of conservation programme for the rest of time.

The efforts to save the species from extinction have successfully protected and even boosted the population, but increased efforts and new approaches need to be taken to ensure their long-term survival. Research into the new disease threat as well as efforts to remove invasive predators need to be evaluated and considered to return the species to a thriving population that it was before invasive species.