Seychelles Cousin Island has been an important nature reserve for 50 years and has helped save an endemic warbler from extinction.

Seychelles Cousin Island is celebrating its 50th year anniversary since its designation as a nature reserve. Cousin Island is a small granitic island lying a little over a mile west of Praslin, which is the second most populated island in the group of 115 Seychelles islands. It is unique because it is one of few sea and island reserves in the Indian Ocean. Over the decades the reserve has had great success with conservation and research.

Cousin Island’s most notable achievement has been bringing the Warbler back from near-extinction. The Seychelles Warbler is a medium-sized yellow and olive bird, with a rich and melodious song. These birds are monogamous and exhibit cooperative breeding, meaning the pair is assisted by nonbreeding female helpers. The Seychelles Warbler was present on several islands, until human disturbance, habitat destruction and predation by introduced predators reduced the species to one small population on Cousin Island. 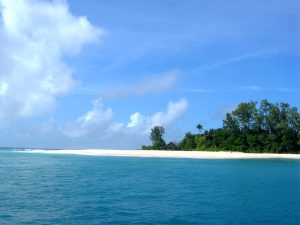 Cousin Island has become a conservation success in the last 50 years. Credit: tiarescott

The island’s endemic Seychelles Warbler has been downlisted from Critically Endangered to Near Threatened on the IUCN Red list. This change in status marks an important step in bird conservation. At one point the population was down to 26 individuals left in the world, all living on Cousin Island. Bringing any species population back from a number as low as this is astounding. Chief executive of Nature Seychelles, Nirmal Shah commented:

The population of the Seychelles warbler (Acrocephalus sechellensis), which once had the dubious distinction of being one of the rarest birds in the world, is now 115 times what it was over three decades ago with a population of over 3,000 birds spread over 5 islands.

Rigorous conservation efforts by BirdLife International made sure that the endemic bird did not become extinct. 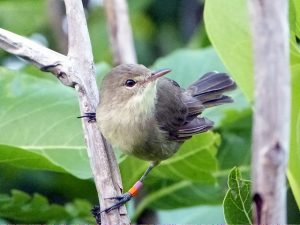 The Seychelles Warbler population has made a stunning recovery. Credit: Nature Seychelles

In 1968 BirdLife International (then known as International Council for Bird Protection) decided to buy Cousin Island in order to protect the Seychelles Warbler. Back then the island was a coconut plantation. Today Cousin Island is a thriving ecosystem of untouched forest where many birds make their homes. This island is also a significant spot for Critically Endangered Hawksbill Sea Turtles because it is the most important nesting site in the Western Indian Ocean. 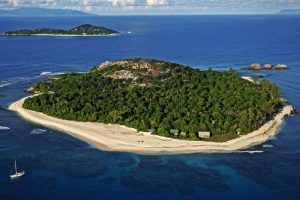 The isla became a special nature reserve in 1975 and in 1998 Nature Seychelles took over management. Since then the island has not only been involved in bird conservation, but also marine conservation. A half century after the designation of Cousin Island as a protected reserve, there is ample reason to celebrate. The island now supports a healthy ecosystem that provides important habitat to many different species. Protecting this habitat helped save the threatened Seychelles Warbler from extinction and is a great example to islands everywhere of what a successful conservation project looks like.

Cousin Island stands as a reminder of the importance of protecting island ecosystems. Working to keep islands ecologically healthy is a powerful way to support global biodiversity and prevent extinctions.