A paper published in the journal Antiquity outlines the insight into indigenous and European relations, spirituality, and identity gleaned from cave drawings on Mona Island, Puerto Rico.

Isla Mona, (Mona Island), a Caribbean island between La Hispaniola and Puerto Rico, is a biodiversity hotspot that is home to rare and endemic species. Island Conservation is working with partners to protect Mona’s native plants and wildlife and restore its ecosystem from damage incurred by invasive species. Mona Island is clearly a special place for its biological richness and natural beauty; it is also host to an incredible archaeological site. 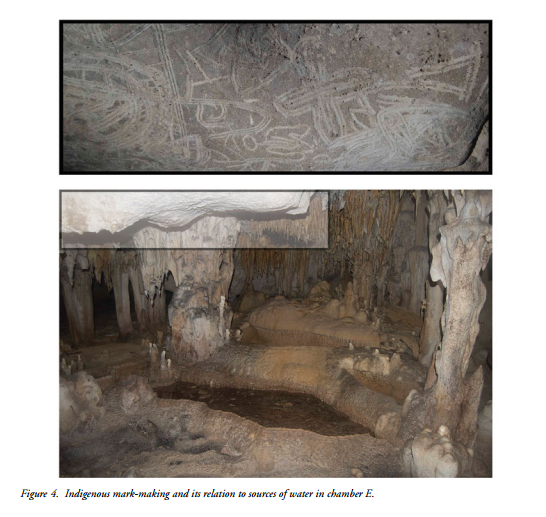 A team of researchers recently discovered and analyzed indigenous and European iconography inscribed on the walls of caves on Mona Island. The inscriptions lend insight into the nuances of cross-cultural relationships between the groups and challenge the conventional narrative of European oppression and domination. 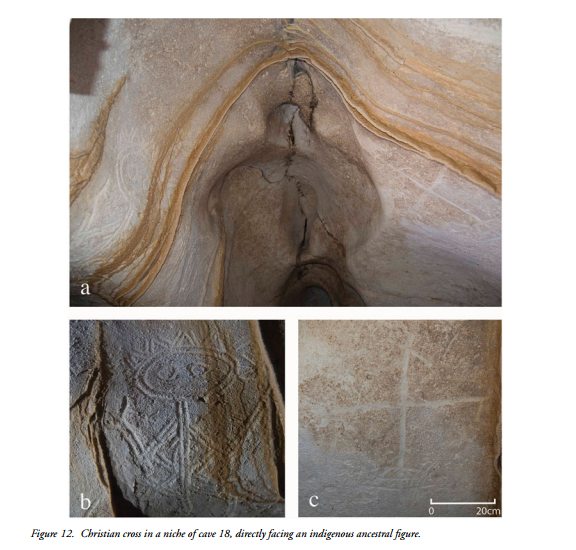 Caves on Mona were used by indigenous people for storage of human remains, social valuables. They were also the only permanent sources of freshwater on the island. Iconography reflects the importance of the cave, identifying them through iconography as the places of origin of the native peoples. 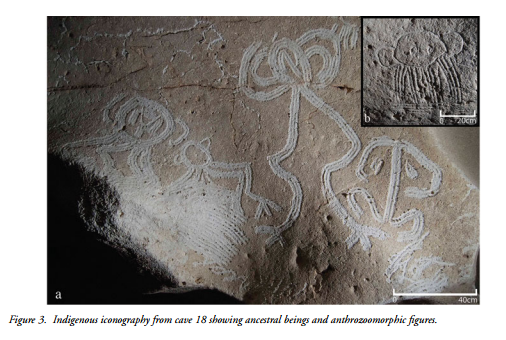 The cave inscriptions are not only by the indigenous people of Mona. Inscriptions by European settlers also appear on the cave walls, usually above head height, in spaces untouched by indigenous peoples’ inscriptions. The European iconography is distinctly religious, including crosses and the Latin phrases, “God forgive you,” and “God made many things.”

In some cases indigenous iconography is integrated into depictions of European religion, suggesting intimate engagement and exchange of ideas between indigenous and European people. Some of these may have been created by indigenous people converting to Christianity. 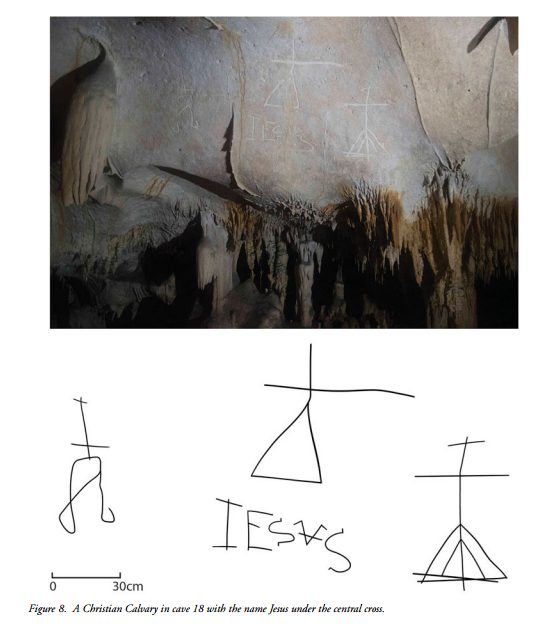 The inscriptions reflect explorations of origins, afterlife, and the hierarchy of religion, representing “a dialogue between colonial individuals of diverse origins.”

These discoveries and their interpretation reveal a process by which new identities are forged…and they provide insight into the creation of new cultural identities throughout the Americas.

Mona Island is a cultural, historical, and biological treasure trove. While the anthropologists investigate Mona’s past, Island Conservation is working hard to secure its ecological future. To learn more about Island Conservation’s work on Mona Island, visit our project page. 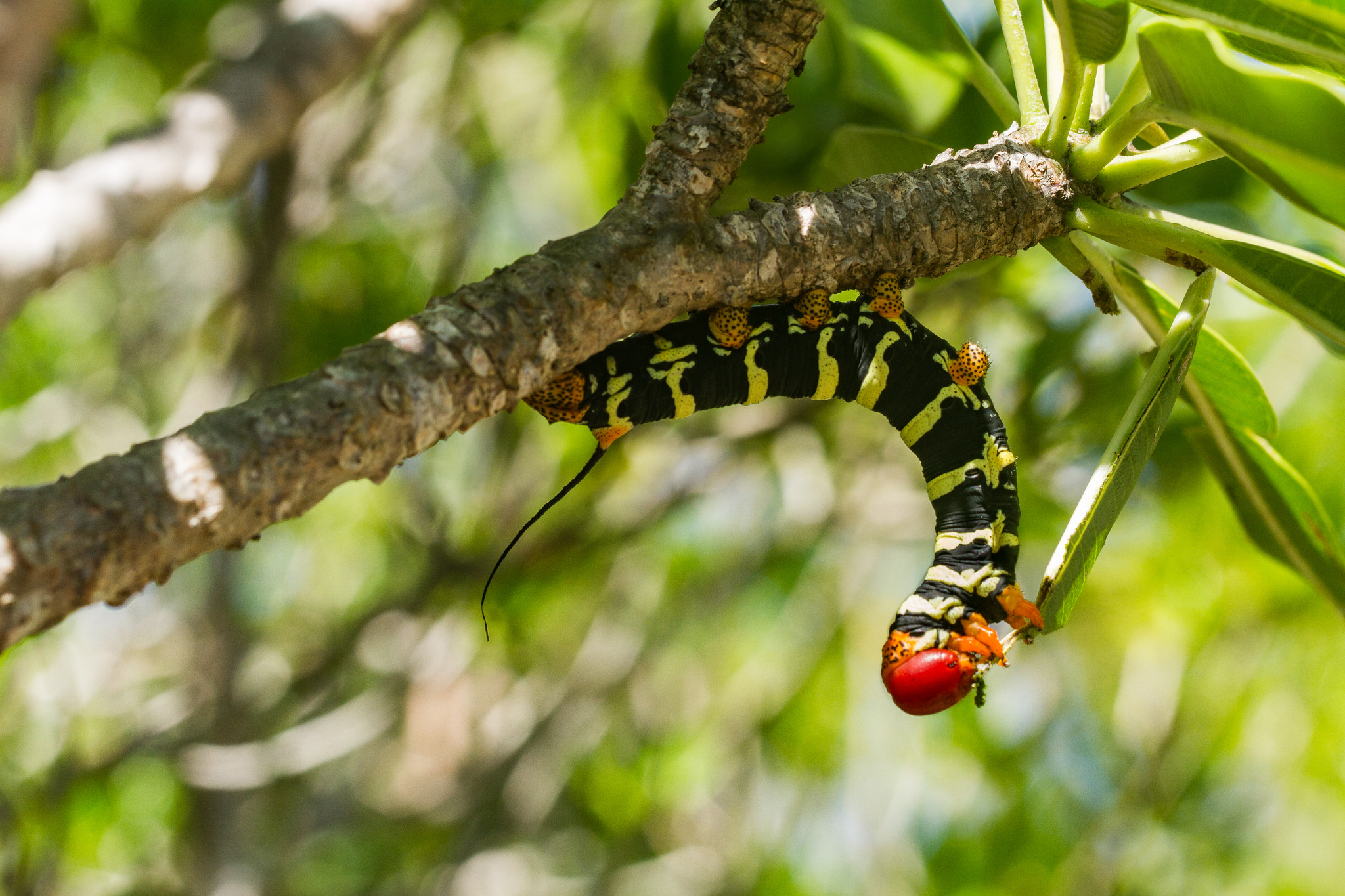 You can find the study in Antiquity.