Have you ever wondered why the Blue-footed Booby has blue feet? Science has the answers.

What’s in a name? The Blue-footed Booby’s name can tell you a lot about the unique birds. The species is known for its striking turquoise-colored feet, and the name Booby is believed to derive from the Spanish word “Bobo” which means “clown” or “stupid” and refers to the bird’s peculiar waddle.

Blue-footed Boobies have widespread populations throughout the tropics and subtropics of the Eastern Pacific. Large populations give researchers ample opportunity to study the species very closely and learn all about the birds’ mating, parental, and feeding habits. David J. Anderson of Wake Forest University explained:

They’re super fascinating animals and such a good research model…they let you move among them without minding too much. You try to do that with a continental bird or mammal—forget about it. But with these guys you see it all. 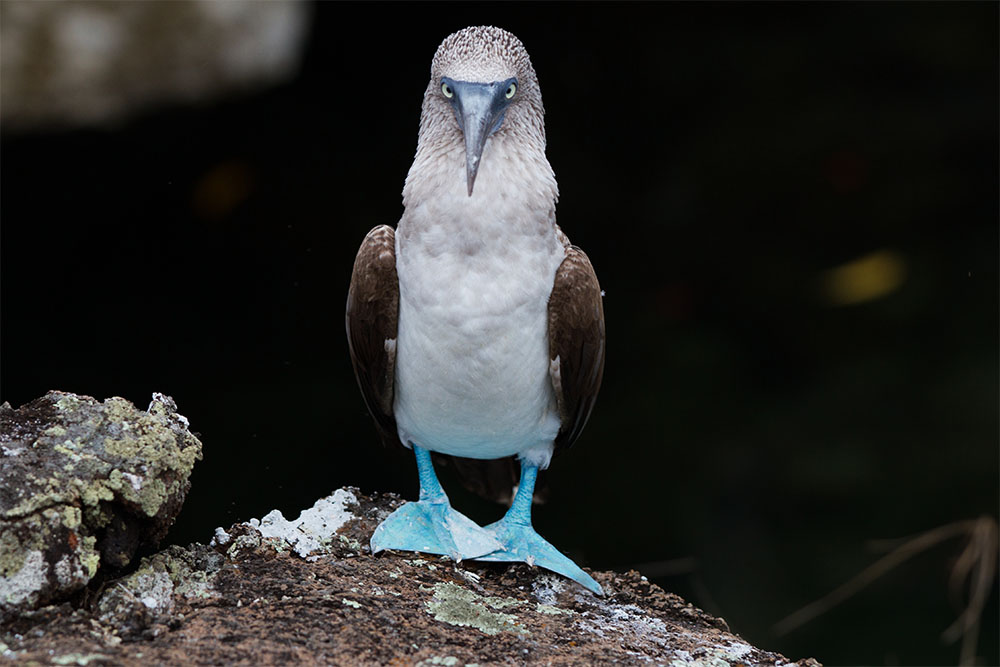 Researchers have identified two main factors in the blue-ness of the birds’ feet – one is an internal mechanism and the other is from their food. Juvenile Blue-footed Booby feet are only slightly blue; this is because of an alignment of proteins in the skin that results in a purplish-blue hue.

In the bird community, the bluer the feet the better. Both males and females are selective about the blueness of their prospective mates’ feet, but the internal proteins are not enough. The added pigment comes from their food. Boobies are seabirds that preferentially feed on schooling fish such as sardines. They extract bright yellow pigments from carotenoids in fish, a process which causes their feet to display a turquoise color. Evolutionarily the blue feet show that the bird is healthier  than a less-blue counterpart.

The color of the Blue-footed Boobies feet is only a fraction of the discoveries scientists have made and there are plenty more to come from these unique animals.