Wisdom, known the world around as the oldest wild bird sill producing offspring, returned to Midway Atoll in early 2018 and has now successful hatched another chick.

At 67, Wisdom, the world’s oldest known breeding bird in the wild, is a mother once more! On February 6th, approximately two months after Wisdom began incubating her egg, Wisdom and her mate Akeakamai welcomed their newest chick to Midway Atoll.

Midway Atoll National Wildlife Refuge and Battle of Midway National Memorialwithin Papahānaumokuākea Marine National Monument is a special place for over three million seabirds – they return to Midway Atoll each year to rest, mate, lay eggs, and raise their chicks. 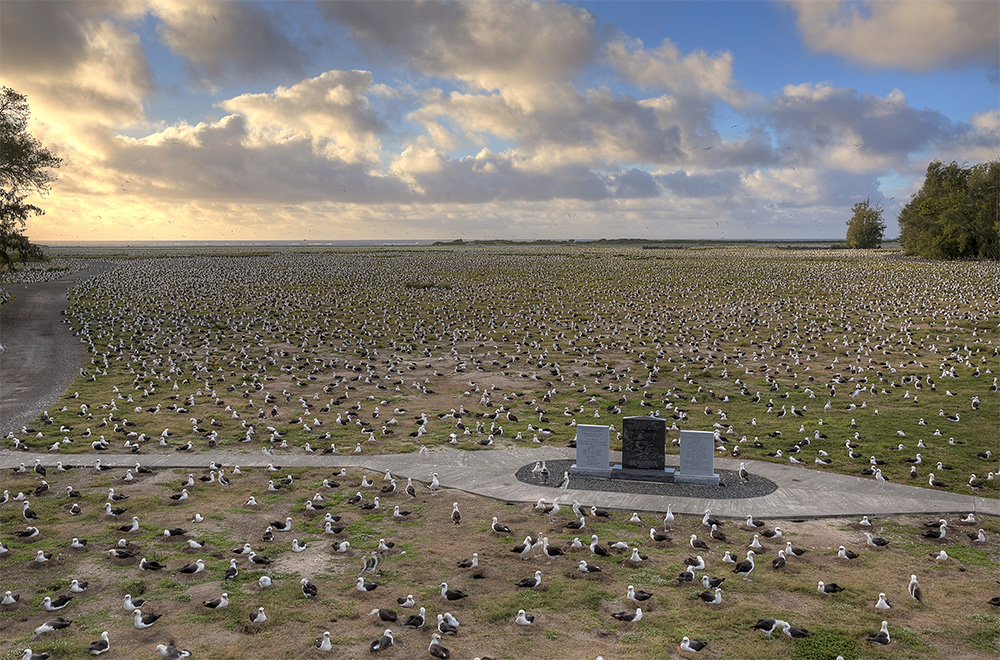 Laysan albatross and other seabirds depend on the habitat protected by Midway Atoll and other remote Pacific wildlife refuges,” said Bob Peyton, U.S. Fish and Wildlife Service Refuge Manager for Midway Atoll Refuge and Memorial.

Biologists for the Fish and Wildlife Service are working to restore the habitat seabirds need at Midway Atoll and throughout the Pacific and remove threats like invasive predators – because protecting the future for seabirds mean protecting the places they call home.

Albatrosses and other seabirds return to the same nesting site each year. Wisdom has been using the same nesting site on Midway Atoll since at least 1956, when she was first banded. Albatross lay a single egg and incubate it for a little over two months.  After the chick hatches, it will still be another five months before it will leave the nest. In that time, Wisdom and her mate Akeakamai, like all albatross parents, take turns incubating the egg or caring for the chick while the other forages for food at sea. 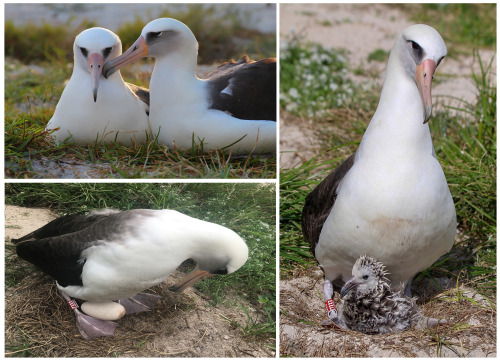 It starts with Wisdom and Akeamakai. Wisdom and her mate, Akeamakai, take turns caring for their egg and now their newest chick. Credit: USFWS

Midway Atoll’s habitat doesn’t just contain millions of birds, it contains countless generations and families of albatrosses” said Kelly Goodale, U.S. Fish and Wildlife Service Refuge Biologist. “If you can imagine when Wisdom returns home she is likely surrounded by what were once her chicks and potentially their chicks. What a family reunion!”

Wisdom has successfully raised at least 30-36 albatross chicks over the course of her life. Because Laysan albatross don’t lay eggs every year and raise only one chick at a time when they do, the contribution of one bird to the population makes a huge difference. Wisdom’s recent addition has expanded her albatross family and contributes to the continued health of the Laysan albatross population overall.

Albatross invest an enormous amount of resources to raise their chicks” said Peyton. “Albatrosses and other seabirds choose Midway as their home because it’s a safe place. Thanks to the hard work of staff and volunteers, we are restoring the native habitat that the birds need for nesting sites, ensuring a future for these seabirds.”