Conservationists are celebrating the slow but successful recovery of the Tahiti Monarch as it rebounds from the impacts of not one, not two, but nine invasive species.

Tahiti is known for the beauty and diversity of species that call the island paradise home. One of these species, the Tahiti Monarch (Pomarea nigra), is a small passerine bird that was facing down extinction in the late 1990s. In 1998, when conservation efforts began, there were only 12 individuals located on the island. One of the causes for their uncertain future was nine different invasive species.

Invasive species are the leading cause of extinction of island species around the world, and this one bird had nine competitors, predators, and habitat destroyers that were causing a rapid population decline. The culprits are all well known invasive species including invasive feral cats, rats, Myna, Red-vented Bubuls, Swamp Harriers, Little Fire Ants and Miconia trees. Luckily conservationists were determined to save the Tahiti Monarch. 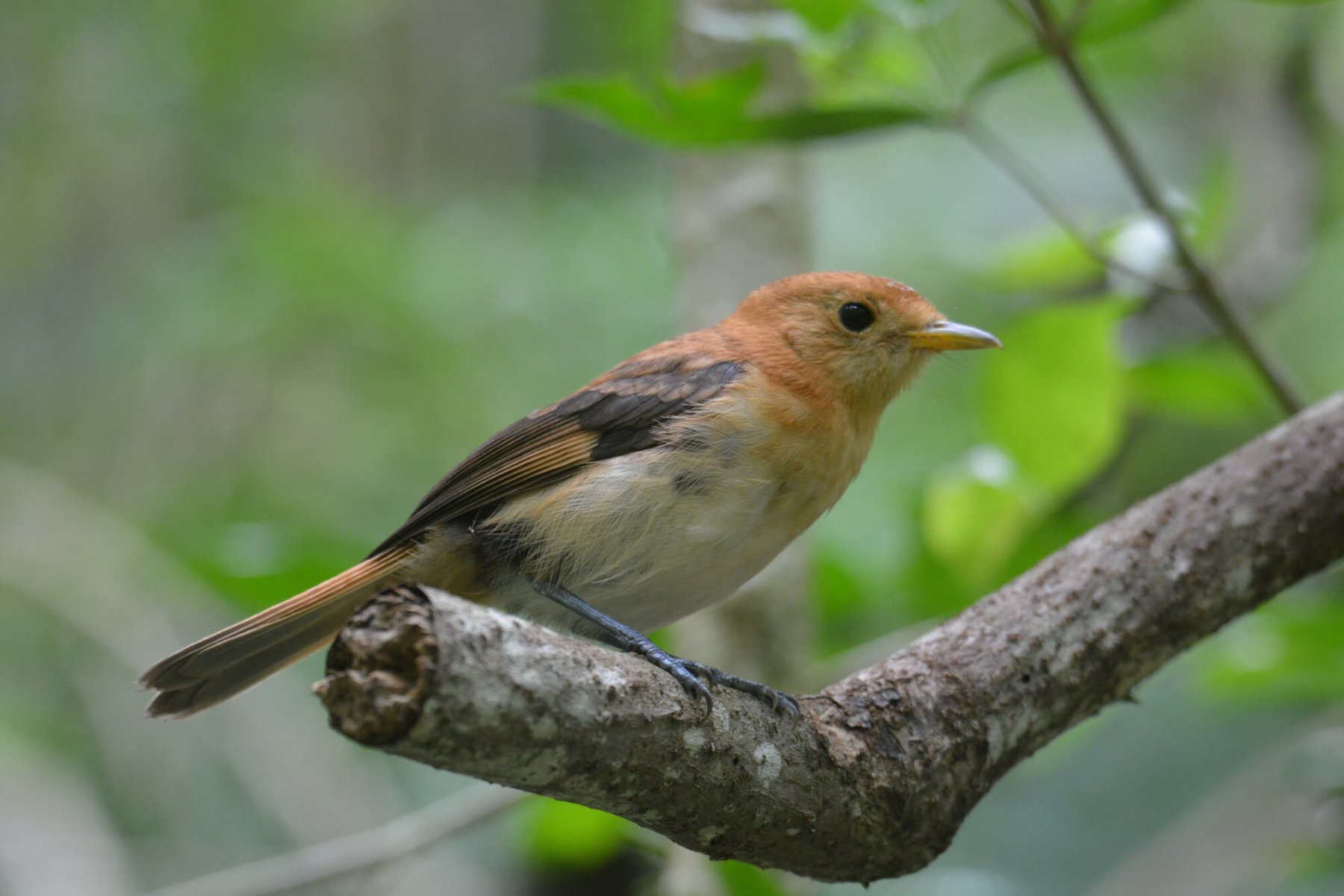 To protect these rare birds, conservationists had to get creative and step out on the edge. Using drones and new baiting techniques, they began to control populations of Fire Ants to stop their growing numbers. If successful, this new method could save species on islands around the world where Fire Ants prove a difficult species to remove. Before the incorporation of drone technology, it was left to conservationists to climb down steep cliffs to try and eradicate the ants.

Now, due to conservation efforts, the removal of Myna birds and control of rat populations, the Tahiti Monarch is doing better these days. Although the species remains listed as Critically Endangered, their numbers are improving and, in 2017, they reached 70 adults, which gives conservationists hope for their future success. To truly save the species there is still more work to be done, but in the face of nine invasive species, the Tahiti Monarch has made an incredible recovery so far.