What happens when a species previously believed to be extinct resurfaces?

Species can be suspected extinct when they disappear for long periods of time. Sometimes, to everyone’s surprise and delight, “extinct” species resurface. The Global Wildlife Conservation (GWC), a non-profit based in Texas, has initiated a “Search for Lost Species” program. Its mission statement is to “rediscover 1200 species in 160 countries that have not been seen it at least 10 years.” The leader of this project is herpetologist Robin Moore, who successfully conducted a similar initiative in 2010 called “Search for Lost Frogs.” In 33 expeditions, Moore’s program rediscovered 15 species within the first year alone.

The notion of rediscovering a species that was declared extinct may sound like the plot of an adventurous movie, however, a 2001 article titled Trends in Ecology and Evolution indicates that in addition to the discovery of new species, there are roughly 3 rediscoveries of species a year. Rediscovery is indeed a real possibility. in 2011, Island Conservation inadvertently rediscovered Rábida Land Snails and Rábida Geckos on Rábida Island after removing invasive rats during a Galápagos restoration project.

Determining a species’ conservation status requires continuous population counts, which are not always accurate. John Zablocki, a graduate student currently researching this rediscovery phenomenon, explains that scientists’ surveying capacity is minuscule compared to the overall scale of the planet. Sometimes only a population of a species is observed to be extinct, and the term is inaccurately applied to the entire species, when in fact a few individuals remain.

To aid in their search, GWC is using several different technologies to pinpoint ideal locations to find a persistent species:

The rediscovery of a species is thrilling, and for many people offers a rare example of positive news in the conservation sphere, where news overwhelmingly features current environmental problems.

By taking on this project, Moore hopes to:

Remind people that there is a lot worth fighting for, and that the world is a wild and mysterious place

GWC will send scientists into the field in search of the 25 “Most Wanted Species,” a range of organisms that include the Pink-headed Duck of India, the Fernandina Galápagos Tortoise, the Himalayan Quail, and the Wondiwoi Tree Kangaroo. 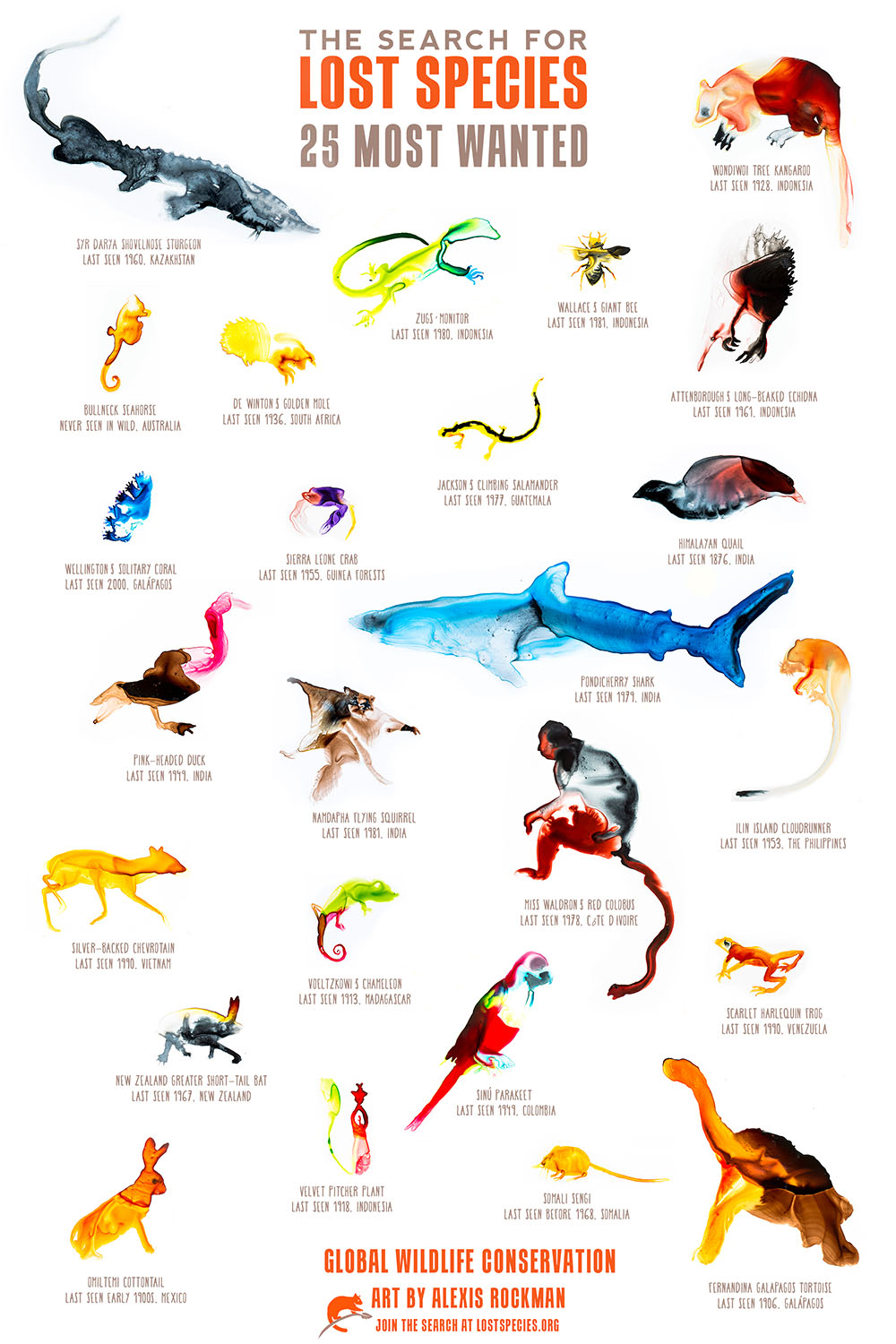 Who knows what new species will surface in 2017?