Seabirds are a valued part of French Polynesia’s cultural history, but invasive species have led to population declines…a problem that Island Conservation and our partners are working to correct.

The Islands of French Polynesia have historically supported a wide variety of seabird species with more than 28 species native to the region. Seabirds are crucial for not only the island ecosystem, but also for humans. Because seabirds live on land and feed at sea, and because each species travels a specific distance for food, fisherman could determine the distance to land depending on what species of bird they could see. For example, seeing a Common White-Tern tells fisherman they are within 40 km of land while seeing a Tropicbird indicates they are no more than 150 km from land. 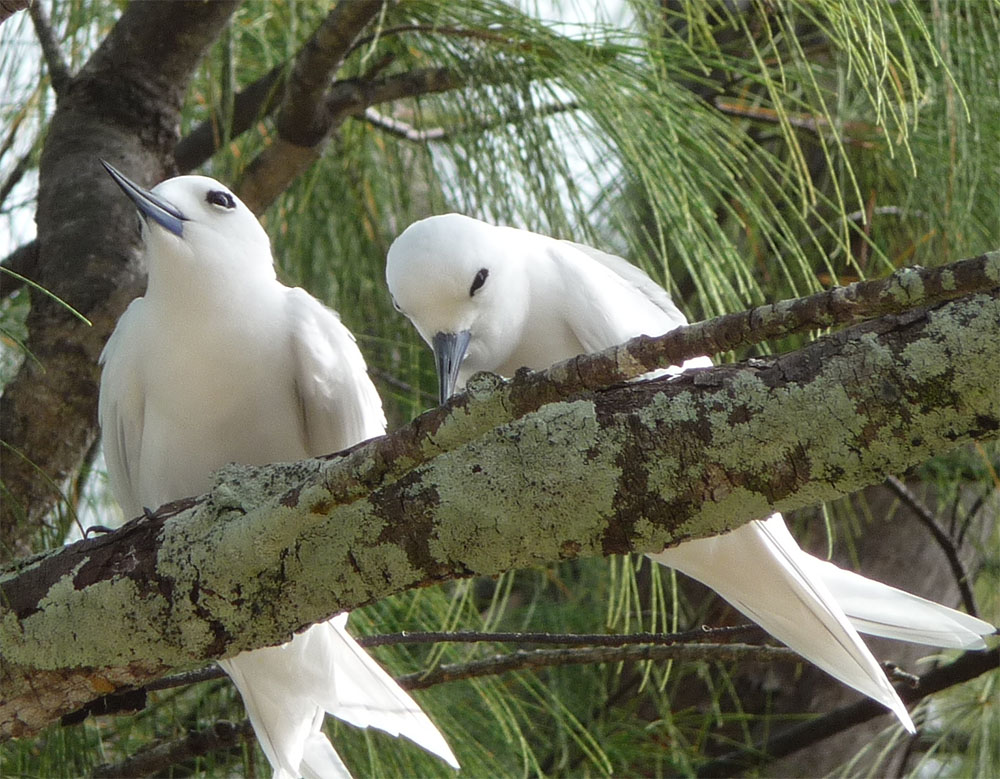 Common White-Terns travel up to 40km for food so seeing them tells fishermen how close they are to land. Credit: Drew Avery

In recent years, species throughout French Polynesia such as Petrels, Shearwaters, and Storm-petrels have become locally vulnerable. Islands which previously hosted large seabird colonies annually only see healthy numbers every few years. Although the dramatic shift has a number of explanations, one of the leading causes on the Marquesas Islands is the presence of invasive sheep, pigs, feral cats, and rats, which have reduced habitat for birds, preyed on native species, and caused major erosion. A recent article in Air Tahiti Magazine noted:

The Marquesas archipelago is an ideal location for restoration projects; because of its large number of uninhabited islets, extreme isolation and the high diversity of seabirds found there.

The reduction of seabird colonies on the Marquesas Islands has inspired restoration plans coordinated by the Polynesian Society of Ornithology (Manu) and BirdLife International, in partnership with Island Conservation. First Island Conservation and partners are surveying the islands and performing bird counts to best inform the next steps in restoration of the island.

The biodiversity of the Marquesas archipelago carries cultural significance. By removing the invasive species, the islands former seabird populations will have a much better chance at survival upon their return. Two species native to the islands, the Phoenix Petrel and the Polynesian Storm-petrel, are considered Vulnerable to extinction, but the project will aid their populations.