Researchers find seabird poop is worth millions for the global economy, but what does that mean for seabird conservation?

Island ecosystems and their surrounding marine environment are inextricably linked, and in recent years researchers have begun to study the significance this connectivity can have for marine and island restoration. It has become increasingly apparent that the health of offshore coral reefs has a positive relationship with the presence of seabirds roosting on nearby islands. The secret? Bird poop, or guano. However, the impact of guano has recently been found to go even further. Research, conducted by, Daniel Plazas-Jiménez and Marcus Cianciaruso, published in the journal Trends in Ecology & Evolution revealed the economic value of guano—a value that has earned this commodity the nickname of “white gold.”

They release high concentrations of nitrogen (N) and phosphorus (P) through their feces, causing important environmental changes in these ecosystems,” according to the study.

Research has shown that the influx of nutrients from guano into the marine environment positively impacts neighboring coral reef systems—potentially increasing fish biomass by 48 percent and increasing climate resilience. These same nutrients makes guano an excellent source of commercial fertilizer in countries like Chile and Peru, where people’s livelihoods are tied to the harvest and sale of guano.

To better understand the consequences of ongoing seabird decline globally, Marcus Cianciaruso wanted to quantify the economic and environmental contributions of guano. Using a “conservative estimate that 10 percent of coral reef fish stocks depend on seabird nutrients,” explained Jimenez, in conjunction with the United Nations’ estimated 6.5 billion USD value of commercial fisheries in the Caribbean, Southeast Asia, and the Great Barrier Reef, they determine that seabird guano contributes ~650 million USD to the markets’ evaluation every year. This is in addition to the annual market value of the guano trade which is approximately 474 million USD, results in a total valuation of 1.1 billion USD every year.

Despite the economic and environmental contributions of seabird and their guano, research has shown repeatedly that their global populations are in serious decline. According to BirdLife International, one-third of the world’s seabirds face extinction, many due to human-induced threats such as the spread of invasive species to critical habitat. The imminent threat these populations face not only stands to impact marine and island ecosystems but could diminish the economic value of fisheries that many small island communities and coastal nations depend on. Using these new findings, the Cianciaruso and Jimenez are hopeful that policymakers and the general public will recognize the significant role seabird health plays in the global economy and allocate resources to the preservation of these highly-threatened seabirds and ecosystems. 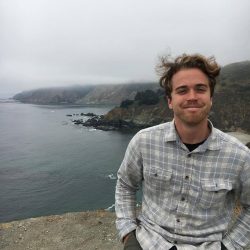