After the Island Invasives Conference, James Russel explores the high latitude island of St. Kilda which has had human influence for thousands of years.

St. Kilda is a remote island group in the North Atlantic off the coast of Scotland. Having made it to Scotland, and then the Outer Hebrides, it made sense to hop one more island to what was once the very edge of the world. After the Island Invasives 2017 conference which brought me this far, I particularly wanted the opportunity to observe what a high latitude island looks like after thousands of years of people living on it – in stark contrast to the literally Antipodes Island which has known people for little over a century. 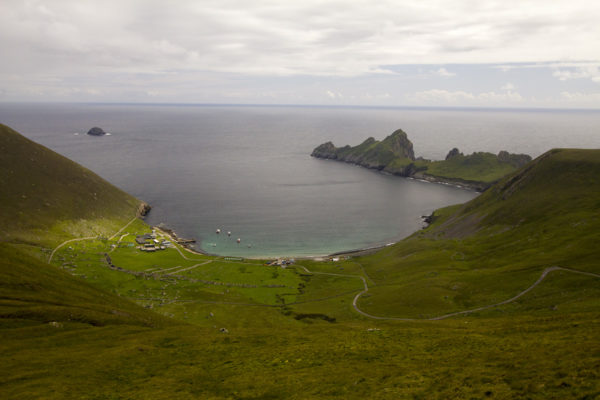 Humans have been present on St. Kilda for thousands of years, since at least the Bronze Age. The people led a basic life, and relied heavily on terrestrial resources, particularly seabirds, for nourishment. Surprisingly, perhaps because of the scarcity of wood and value of boats, maritime activities such as fishing did not play a major role in island life. Indeed school teachers had issues teaching island children what a tree even was, except for in its reference in the Bible. The arrival of modern transport and society brought the scourge of modern disease, and ultimately residents started to leave the island from the middle of the 19th century – indeed founding the Melbourne suburb of St. Kilda. The islanders and their way of life have certainly been romanticised by Europeans, but a visit to St. Kilda will assure anyone that life on this island was anything but romantic, and more entirely isolated and challenging. Ultimately, the last island residents left in 1930. 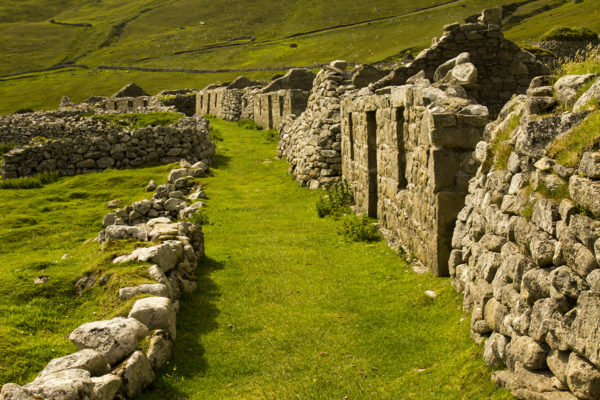 I noticed a few things which were in stark contrast to our conservation culture in New Zealand. Whereas in New Zealand, visiting such an island would entail rigorous cleaning of soil off outdoors equipment (e.g. boots) and disinfecting equipment (e.g. with trigene), such biosecurity did not take place when departing for or arriving at St. Kilda. Although this would be a challenge given the multi-use of the island by tourists, rangers, scientists and military, and even though humans have been visiting the island for thousands of years, given the rapid increase in pest and pathogen spread over the past century (i.e. since the St. Kildans left), this would seem as relevant here as anywhere else. 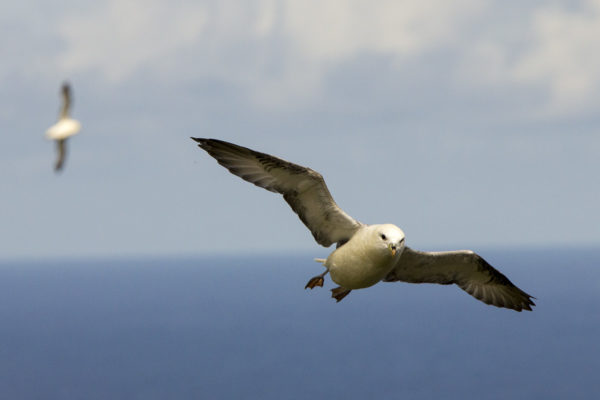 Fulmar nesting on cliffs were an important component of the diet on Saint Kilda Credit: James Russell

I also met the new ‘sheepies’ – researchers participating in the long-term study of the Soay sheep introduced to the main island of Hirta from nearby Soay. These sheep are an ancient breed introduced to St. Kilda a very long time ago. I realised by the nature of my field (introduced mammal eradication) I only ever undertake short-term studies on mammals introduced to islands, so it was interesting to see an introduced mammal species valued so highly – what my colleague Jean-Yves Meyer termed ‘heritigization’ (the adoption of an introduced species in to the biocultural history of a location) at the Island Invasives conference. However, I was left with a sense that the presence of the sheep across St. Kilda would be a limiting factor to native seabird recolonization, as such browsing mammals impact seabirds elsewhere in the United Kingdom. 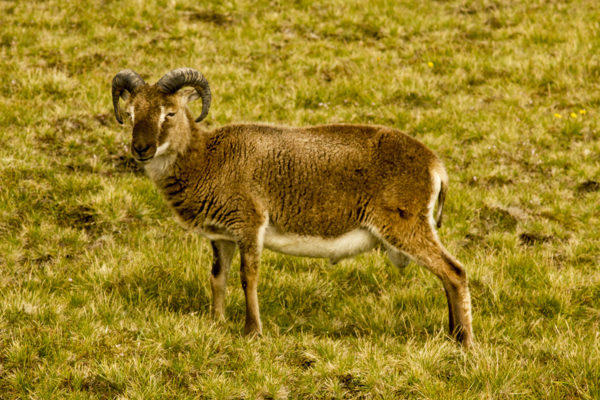