After years of speculation, researchers have confirmed that Hawai’i’s only land mammal, the Endangered Hoary Bat, still lives on Kaho’olawe Island.

The Hawaiian Islands are known for their biological diversity as well as the ecological threats posed by invasive species. Kaho’olawe Island is no exception. Recently, amidst a restoration effort by Island Conservation and our partners, an exciting discovery was made. After two decades of speculation, researchers have found that the endemic, Endangered Hoary Bat, also known as ‘ope’ape’a, is present on the island. The Hoary Bat is Hawai’i’s only native land mammal. James Bruch, a Nature Resource Specialist commented:

They’re out there, we’re just not seeing them.

Hoary bats were once found throughout the Hawaiian Islands and can still be found on The Big Island, Maui, and Kaua’i; the species was labeled Endangered by the International Union for the Conservation of Nature in the 1970s. Now, researchers have confirmed suspicions that the species can be found on Kaho’olawe Island. The US Geological Survey, Island Conservation, Maui Nui Seabird Recovery Project, and Starr Environmental, as part of the Kaho’olawe ‘Ope’ape’a Working Group placed detectors around the island in April 2016. The detectors use high-frequency microphones to pick up the sounds of the bats. Bruch explained:

They can make noises that are in the level of human hearing, but most of them are higher than that…They’re basically echolocating — much like dolphins — locating insect prey. When it bounces off an insect, it’ll come back to them and it’s a way to see in the dark. It tells them there’s an insect or food resource. 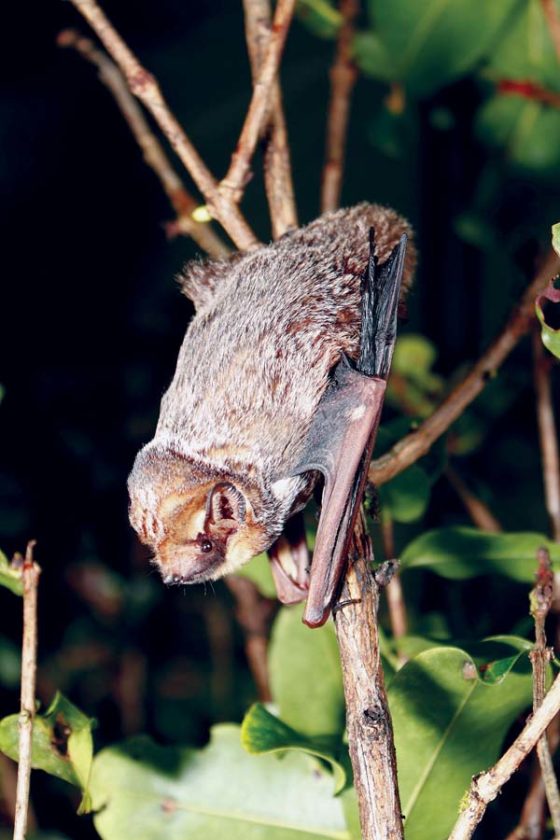 The Hawaiian Hoary Bat, or ‘ope‘ape‘a, has been confirmed to visit and possibly live on Kaho’olawe after years of speculation and unconfirmed reports. Credit: Jack Jeffrey

The first bat was discovered in June 2016, but then the recordings fell silent until August and then again in February. Researchers found that the bats visit seasonally and during peak seasons between September and October. Bats were detected one in every four nights. Data suggests that the native bats migrate between Kaho’olawe, Maui, and maybe Lanai on a nightly basis. Bruch commented:

That’s the neat part about it that they’re there right over where people camp…It adds a whole other element of interest to Kaho’olawe that there’s this rare native Hawaiian species flying around out there, and we had no idea. The more we look the more we find.

Conservationists are hopeful that with the restoration of Kaho’olawe, the island could become home to a healthy population of Hoary Bats. The jury is still out on how many individuals venture to the island, but time and research will tell exactly what the future holds for the Endangered Hoary Bat.