Emma Marris makes the case for the Floreana Restoration Project and sheds light on the future of Galápagos Tortoise conservation.

The Galápagos Archipelago is famous for its diversity of island life. One of the most intriguing of the islands’ species is the Galápagos Giant Tortoise. On each island, tortoises had evolved into their own species. On Floreana Island, the giant tortoises that currently roam are not the same species that evolved there. The last pure Floreana Giant Tortoise died shortly after Darwin visited the island. 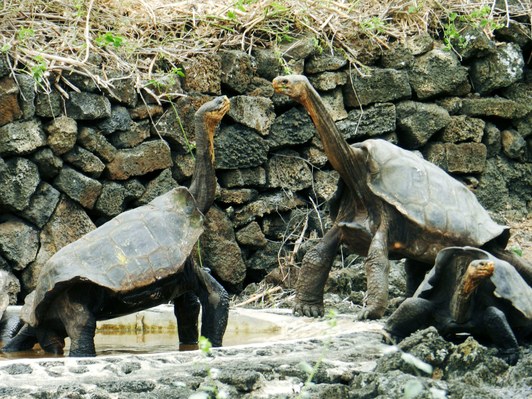 The shell of the Floreana Tortoise was adapted to allow their necks to extend in order to get food during dry months. Credit: Joe Flanagan

Restoring the Galápagos involves reintroducing native tortoises to Floreana island. In 2008, a version of that dream became a plan when 50 researchers began studying a population of tortoises that had been relocated to the remote Wolf Volcano on Isabella Island. During the study, the researchers found a number of hybrid tortoises with genes from the original Floreana population. 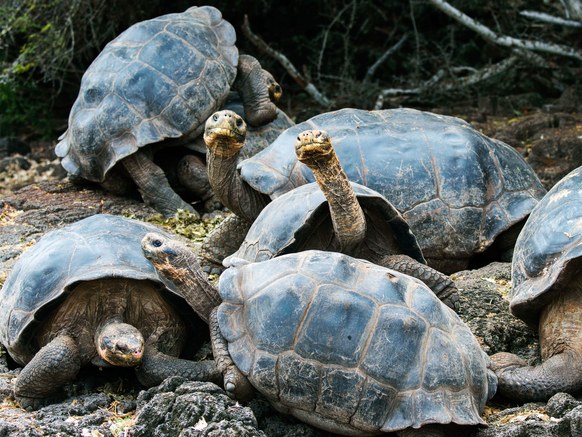 The next step for conservationists is to breed the 9 male and 14 female hybrid tortoises for reintroduction to Floreana island. But building a healthy population of Floreana Tortoises will take time since they do not reach reproductive age until about 25 years old. In the meantime, there is work to be done on Floreana to ensure the health of the habitat for the eventual return of native tortoises. Invasive species, such as rodents are known to prey on tortoise eggs and hatchlings, preventing them from successfully reproducing and thriving.

Currently, a variety of Floreana’s native species, such as the Critically Endangered Floreana Mockingbird, are threatened by invasive feral cats and rats, but Island Conservation and partners are working to remove these invasive predators. Returning the island to an invasive predator-free paradise would set the stage for the Galápagos Tortoises to thrive.