Officials have proposed that the Hawaiian Goose be downlisted from Endangered to Threatened.

The Nene, Hawai’i’s official state bird also known as the Hawaiian Goose, has recently received some good news. Due to a growing population, the U.S. Fish and Wildlife Service has proposed downlisting the status of the Hawaiian Goose from Endangered to Threatened under the Endangered Species Act. The state bird has been considered Endangered according to the International Union for the Conservation of Nature since 1967, but after 51 years, the species is no longer in immediate danger of extinction.

The Nene’s population was recorded at 30 individuals in 1960. The Nene was first protected in 1967 and has since benefited from a combined recovery effort, including captive breeding, predator control, and habitat protection. Today, more than 2,800 Nene live across all of the Hawaiian Islands. Loyal Mehrhoff, the Endangered Species Recovery Director at the Center for Biological Diversity said:

Thanks to the Endangered Species Act, the Nene is well on its way to recovery. This landmark law helped bring our state bird back from the very edge of extinction. It’s a real testament to the Act’s effectiveness. 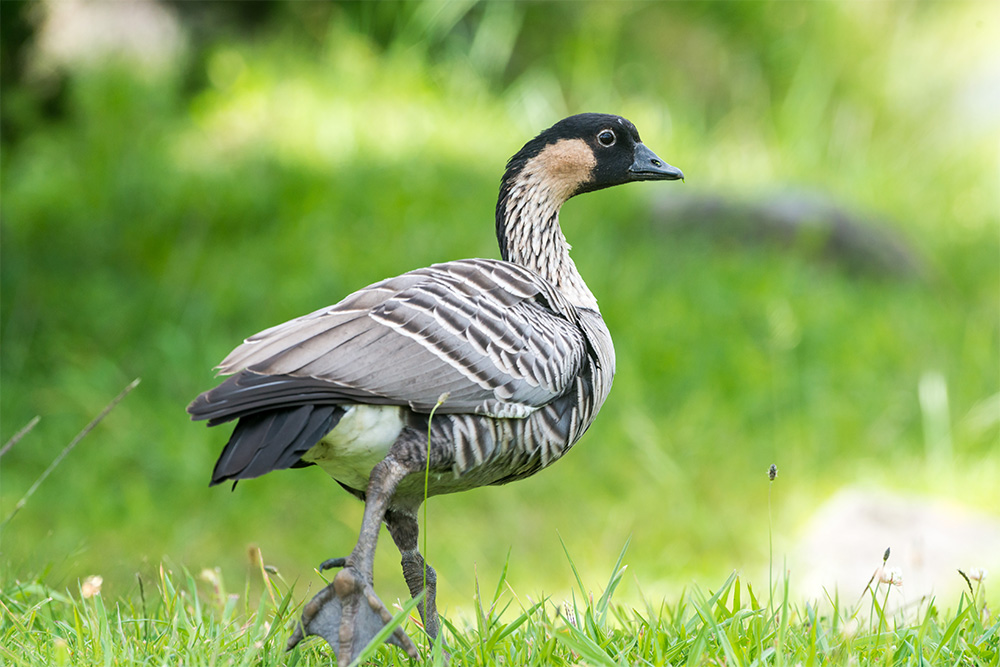 The Nene gets its name from its distinctive call that sounds like “nay-nay.” Credit: Byron Chin

Even if the species is downlisted to Threatened, it will still need to be protected from current threats, including invasive predators such as invasive mongoose and feral cats, as well as habitat destruction and collisions with cars. Mehrhoff commented:

The Nene still faces threats and needs ongoing protection, but the immediate risk of extinction appears to have been reduced.

A recent proposal for an IUCN Green List encourages conservation efforts to include total recovery–meaning making sure a species moves well beyond the extinction danger zone. If conservation efforts continue and the Nene receives the protection it needs, the species has a bright future ahead, and this downlisting would be just the beginning on the road to recovery.