Scientists suspect ocean warming explains the hundreds of dead, starved Tufted Puffins that are washing up on the shores of the Pribilof Islands off the coast of Alaska.

Imagine a shoreline littered with the starved bodies of Tufted Puffins. The eerie scene is unlike anything seen before in the Pribilof Islands. University of Washington professor Julia Parrish noted:

In 10 years of monitoring, we’ve only seen six puffins wash in—total. Now we’ve seen nearly 250 in 20 days. And these islands are small dots in the middle of a huge ocean. The entire puffin population is only 6,000 birds, and we project half that many may be affected. 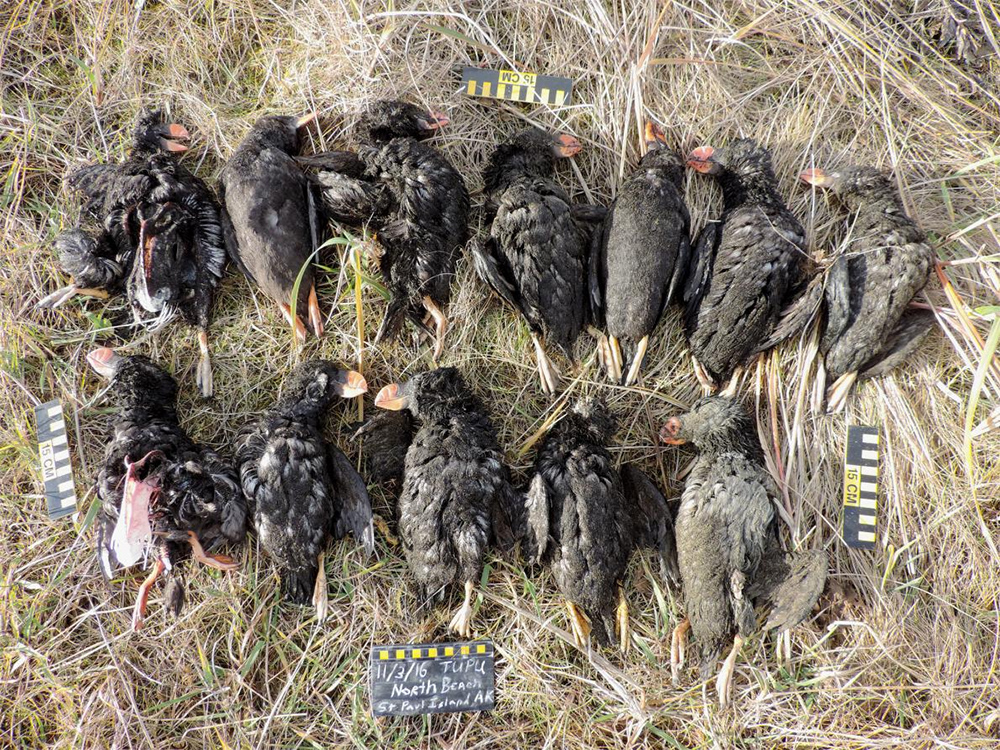 No evidence of disease has been found. Scientists suspect that a recent increase in ocean temperature has disrupted the food web in the region. Nate Mantua, ecologist at NOAA’s Southwest Fisheries Science Center in Santa Cruz, California, commented:

The Bering Sea has been off-the-charts warm. We’ve never seen anything like this.

Phyllis Stabeno, with NOAA’s Pacific Marine Environmental Lab, said, “The maximum summer temperatures in the Bering Sea were the warmest we’ve ever seen.”

Scientists have long known that cycles in the Pacific Ocean involve temporarily warm water. During these phases, nutrients are less abundant within the food web. But, the latest temperature recordings and nutrient deficiency are not in line with normal ocean cycles. Stabeno commented:

When it’s warm we usually no longer have a lot of large, fatty zooplankton around. But this year there just wasn’t much of anything.

Janet Duffy-Anderson of the Alaska Fisheries Science Center pointed out, “That bodes poorly for fish and birds and mammals. It’s that zooplankton prey base that provides food for young pollock that are then eaten by birds and cod and halibut and even older pollock.” 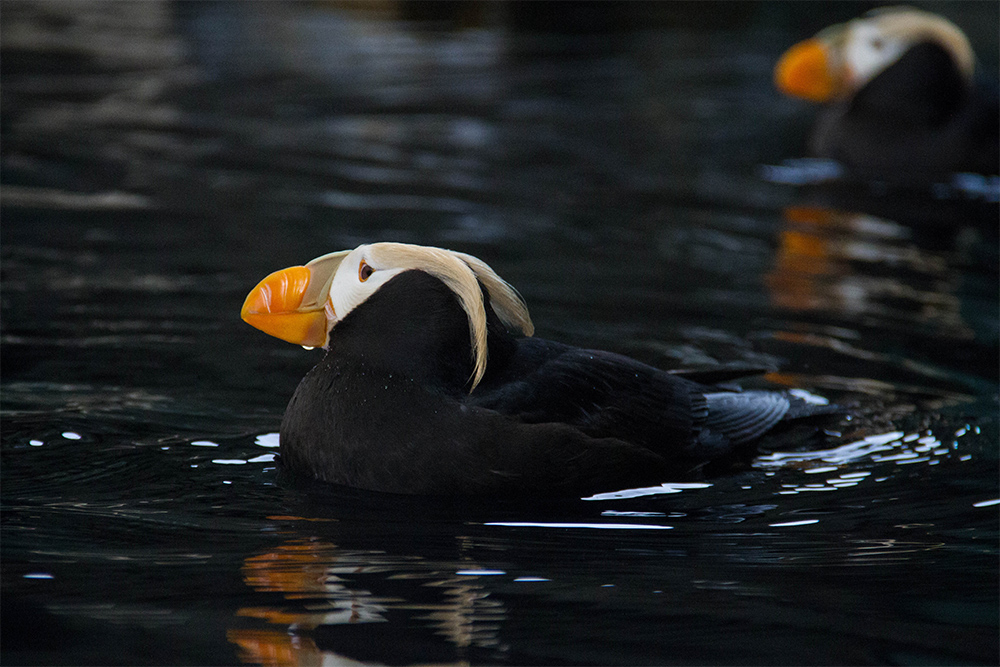 With Tufted Puffin populations newly at risk, it is crucial that the islands they nest on be free of invasive predators. The sudden, sharp decline of Tufted Puffins indicates a crisis for the species; we can support this seabird, and others that may also be adversely affected by global temperature shifts, by removing invasive species from their habitats or by preventing introduction of invasives. Island Conservation has already observed the benefits of invasive species removal for Tufted Puffins: following removal of invasive rats from Hawadax Island, Tufted Puffins were recorded breeding on the island for the first time ever. As climate changes puts pressure on seabird species around the world, it is more important than ever to prevent additional threats and reduce unnatural ecological pressures.